Characters of Free!. Names are in western order.

Spoilers for the events of Season 1 are unmarked. Some major spoilers for films and later seasons may appear in trope names. Proceed with caution. 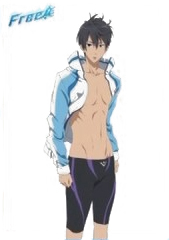 The strong, quiet protagonist of the series who has had a strong fixation to water ever since he was a child. Has a natural talent for swimming, but he is usually known to swim freestyle. 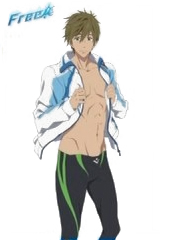 Haruka's best friend since childhood. Caring, considerate, but easily frightened, he took on the initial role as the Iwatobi swim team's first captain after its revival and has since become a swim coach for the Tokyo Swimming Club. 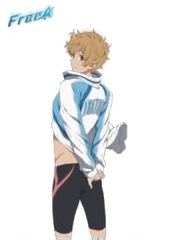 A cheerful, direct, and playful younger childhood friend of Haruka, Makoto, and Rin. He is the responsible for reviving the swim club in the first place also played a major part in Rei joining the high school's swim team. 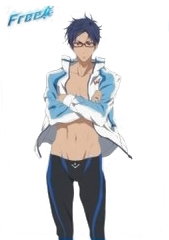 An intelligent, serious newcomer to the original four circle of friends, originally part of the track and field team, but eventually albeit reluctantly joined the swim club after being pulled into it by Nagisa. After seeing Haruka swim beautifully, he is then given more motivation to stay with the team. 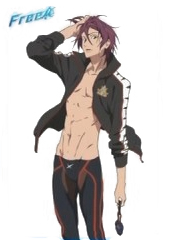 One of Haruka's childhood friends and his main rival, who went overseas for three years and initially returned with a different personality. Attended Iwatobi's rival school, Samezuka Academy, where he became the captain of the team during his final year. He trained in all four swimming styles as a kid, specializing in butterfly. He focuses on free stroke during the events of the anime so he can compete against Haruka, but swims both freestyle and butterfly individually. 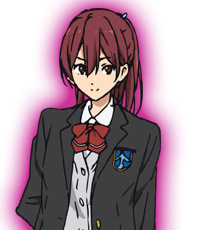 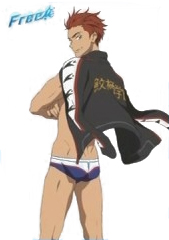 The eldest of the Mikoshiba siblings and the original Samezuka swim team captain. He graduates in the beginning of Eteneral Summer and currently attends Hidaka University while occassionally visiting his brother and old teammates. He is Rin and Haruka's superior during high school and college respectively as well as Gou's eager suitor in the first season. 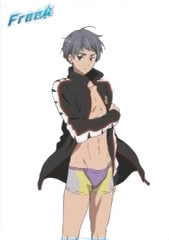 Rin's initial roommate at Samezuka Academy, who swam in the same swimming competition as Rin and his circle of friends from Iwatobi elementary school. Ai greatly looks up to him Rin and never stopped believing in him, which ultimately helps stregnthen their originally strained friendship. Their bond eventually allows Ai become Rin's sucessor as the team's captain. 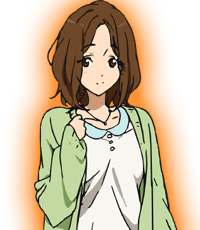 A former swimsuit model who decicded to become a classical literature teacher. She is Haruka and Makoto's homeroom teacher, and they, along with Nagisa later convince her to become the Swim Club Supervisor. 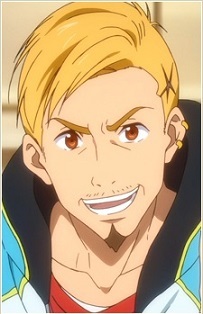 The Iwatobi Swim Club's head coach up until the swimming pool closed down. He accepts to become the team's new coach upon seeing their determination and enthusiasm. 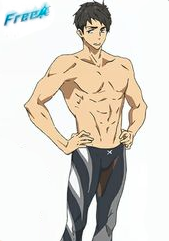 An old close friend of Rin's who transfered to Samezuka Academy in the second season. 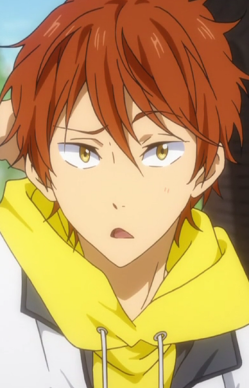 Seijuurou's younger brother who joins the Samezuka swim team in the second season. He is the "fearsome new face" his brother referred to. 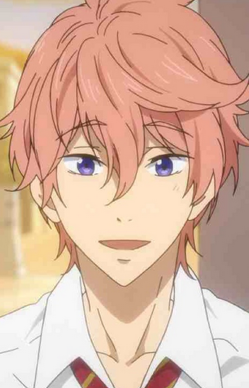 Kisumi is an old middle school friend of Haru and Makoto, and he also went to the same elementary school as Rin and Sousuke. He reunites with them in Eternal Summer when Makoto begins teaching his little brother Hayato how to swim. He has more focus in Starting Days, where he is shown to be an avid basketball player. 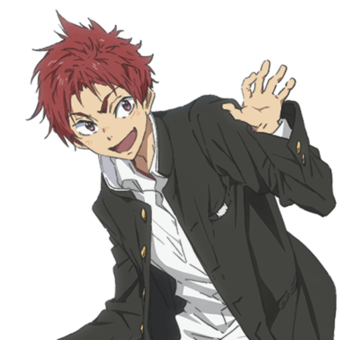 A boy with a bright personality and a luck-pusher. Asahi is one of Haruka's classmates in middle school, and from the moment he sees him wants to recruit Haruka into the swim club. His best swim style is the butterfly, but he can swim all other styles well, something he takes extreme pride in. In Dive to the Future, he and Kisumi join Makoto and Haru at Tokyo University, becoming part of the main cast. 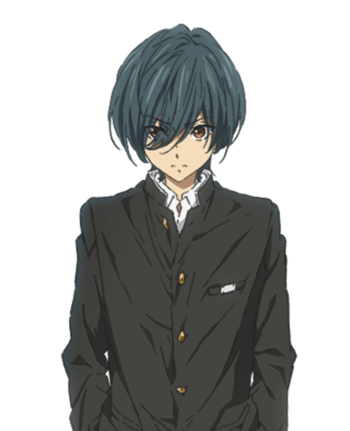 Moody and distant, Ikuya is the exact opposite of Asahi both in personality and mindset. He initially hates the idea of joining the school's swim club, stating that school clubs are childish compared to a real club. It just so happens his older brother is the captain of the school's swim club, and the two have an icy relationship. 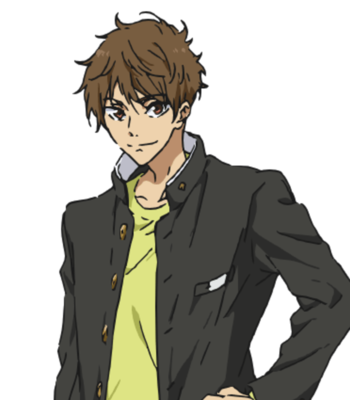 The middle school swim team's brash but charismatic captain. Natsuya sees an opportunity with the four 1st-years swimming styles and wastes no time assigning them as a medley team. He treats everyone on the team amiably, but his behavior around his younger brother is cold.

In Dive to the Future, Natsuya reveals that he spends his time Walking the Earth and using the prize money from various races to fund his next adventure. 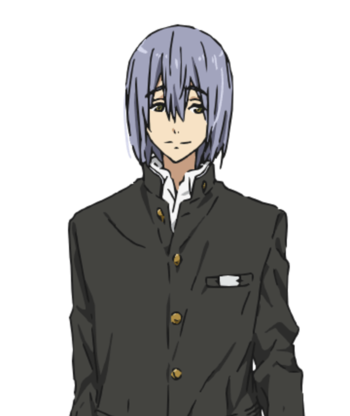 The swimming club's manager. In contrast to the captain, Nao's personality is calm and gentle. Possesses a strong knowledge of swimming.

In Dive to the Future, Nao attends university in Tokyo and is majoring in sports medicine.

Voiced by: Hitomi Nabatame (Japanese), Jeannie Tirado (English)
Asahi’s older sister, as well as the wife of sports journalist Kon Kurimiya. She currently runs Café Marron, where a decent portion of Dive to the Future takes place. She eventually has a child, Tsukushi Kurimiya.

Introduced in Free! Take Your Marks

Voiced by: Yuka Terisaka (Japanese), Morgan Berry (English)
A young swimmer who Haruka and Makoto encounter in Tokyo. His motivation is to swim with and measure up against his own childhood friend and rival, Kaoru Natsume.
Hiyori Toono

Hiyori is Ikuya's best friend, having studied with him abroad in America in high school.

Introduced in Free! - Dive to the Future (Season 3)

Rin's swim coach in Dive to the Future. A Russian former professional swimmer who speaks Japanese. He's also a distant relative of Aiichiro's.

Ryuji is a mysterious drifter who takes an interest in coaching Haru. He's also a food blogger. He's later revealed to be a relative of Shizuru.

Isuzu is the younger sister of Seijuurou and the older sister of Momotarou. She's the captain of Hidaka University High School's swim team.

The college world champion swimmer, from Sweden. Has his eye on Haru for as yet unknown reasons.

The college swimmer from Naribusawa. He speacialize in Freestyle and has broken a lot of records.