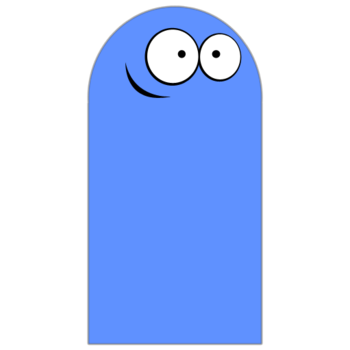 We'd tell him to get a clue, but he'd have Wilt do it for him instead.

One of the two main protagonists of the show. Mac's reckless, hyperactive imaginary friend. Mac's complete opposite; however without him, Mac would do everything Bloo says and does.