open/close all folders
The Kowata Family 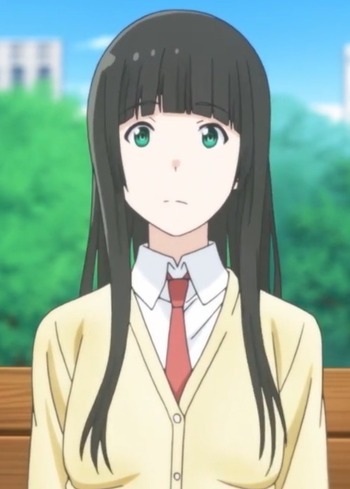 A fifteen-year old witch from Yokohama who moves in with her relatives the Kuramotos. She has a black cat named Chito as a familiar. 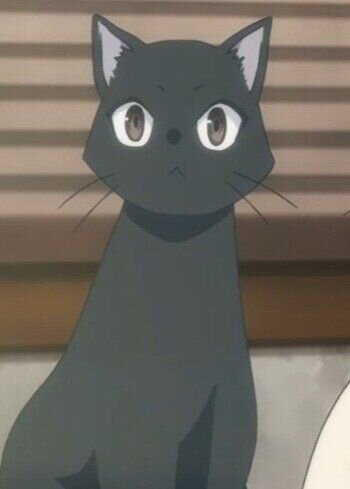 Chito (or Shade) is Makoto's cat and familiar. She is the standard black. 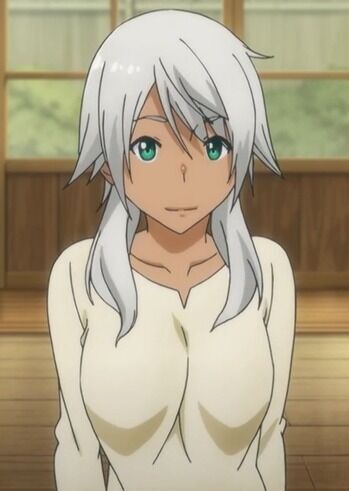 Another witch and Makoto's older sister who drops in to see Mako on a whim after wandering around Africa. Playful, doting and carefree, Mako claims she's a big deal in the witch-world. 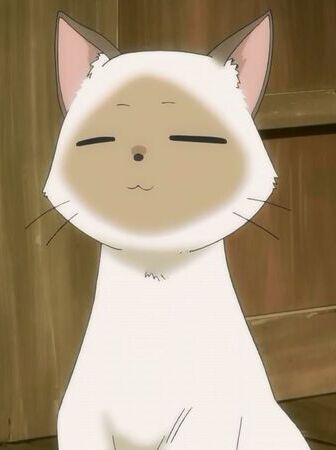 Akane's siamese cat familiar. Passive and wise, Kenny is an anthropologist recreationally, and is Anzu's mentor. 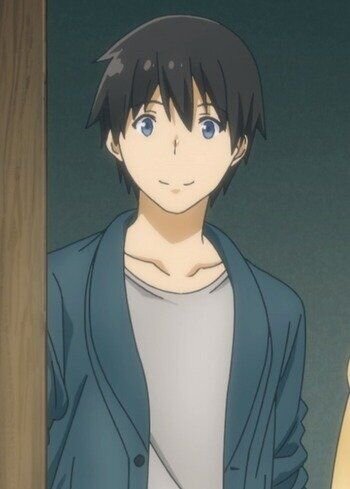 The unusually calm eldest son of the Kuramotos, he's usually providing straight-faced humor. He is a very dedicated cook, and as such, the people that meet him deem that he has somewhat girly hobbies. 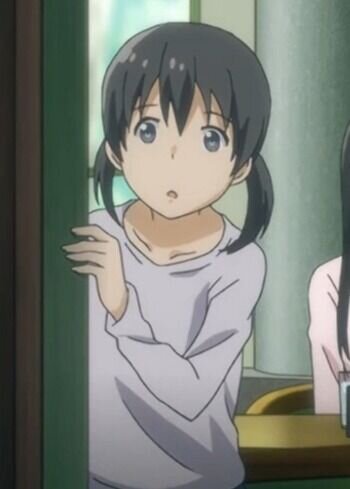 The younger daughter of the Kuramotos who is enamored with the idea of witches. She later decides to try out learning to be a witch and becomes an understudy to Akane, Makoto and Inukai. 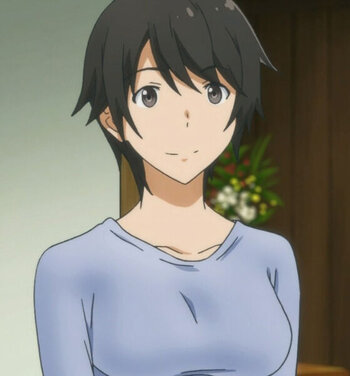 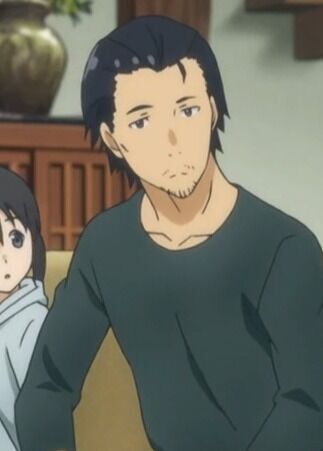 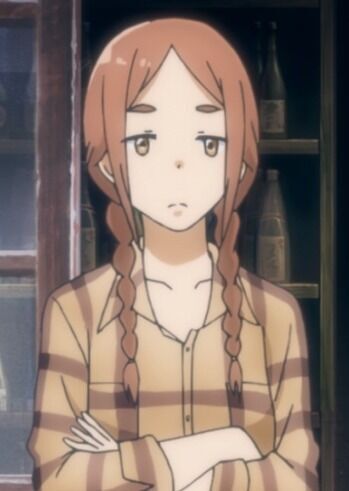 Kei's and then also Makoto's friend who goes to the same school. Her parents own a liquor store. 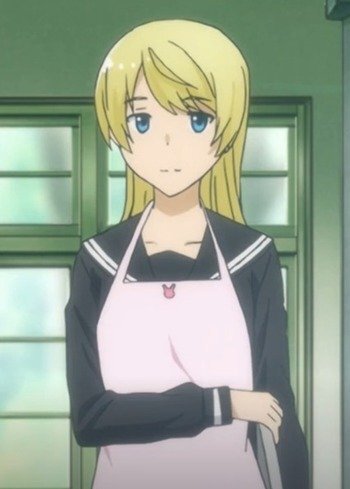 A witch the same age as Makoto whose family runs the Witch cafe, Cafe Conclusio. She also works there as a waitress. Collected and knowledgeable, Anzu aims to become an anthropologist. 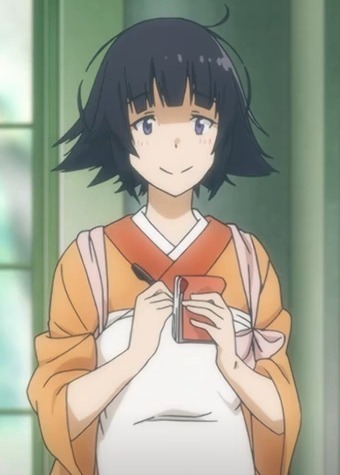 A shy ghost who cooks and serves in the cafe. Formerly a doctor but died of an illness she caught from a patient. 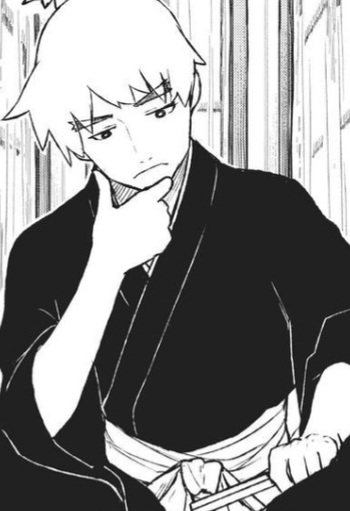 The ghost of a samurai from the Edo period note 1603-1868. He has recently been allowed back into the world but has been told he must learn the ways of the current world before he can reincarnate. Starts helping out at Cafe Conclusio and has a massive crush on Hinata. 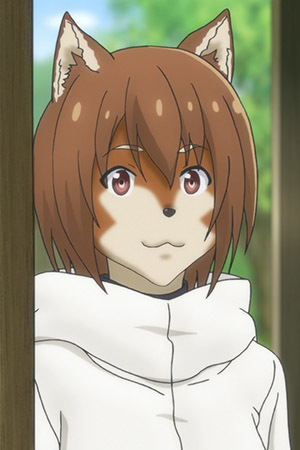 Akane's beleaguered acquaintance who meets Makoto and company at a Cherry Blossom festival working as a fortune teller. She is also a witch, if one of questionable morals. Because of a drunken incident involving Akane and magic chocolates, she unwillingly transforms daily into a humanoid dog during daylight hours, which has considerably affected her life for close to a year prior.

An older witch who supervises Inukai and Makoto, whose mode of transportation is a flying motorcycle.

A family of three who happened to be in the region. The mother contracted Makoto for a babysitting job.

An upperclassman in Makoto's school who happens to be a witch.

A high ranking Magical researcher who is responsible for the modern methods of finding a witch's magic type. Helps Makoto to discover her type with the three coin method.

A researcher of magical plants and aquintance of Akira who visits Makoto to study her evolved mandrakes. 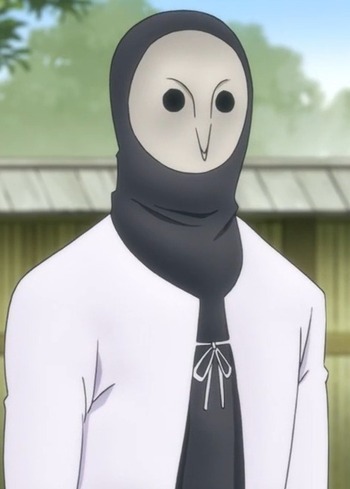 A magical entity who is said to bring about spring. 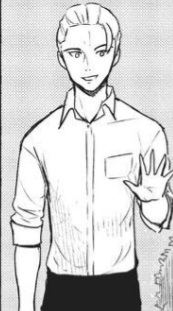 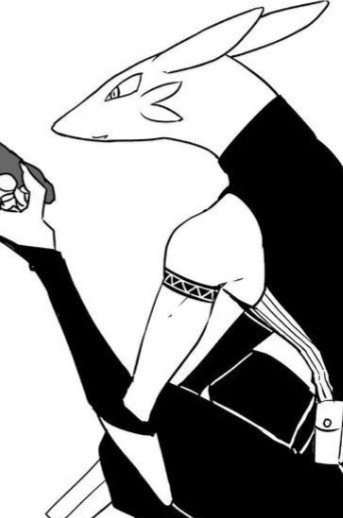 Another magical entity whose job is to maintain and regulate the coming of summer. 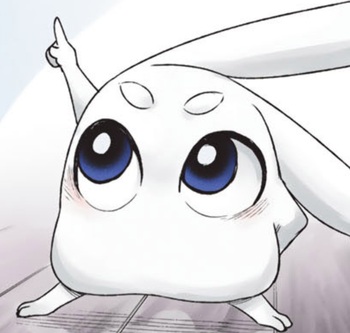 A small, rabbit-like creature that protects a local beach and the people who visit there.

A dark figure surrounded by mist that delivers newspapers to witches that wait on their front porches in the morning. 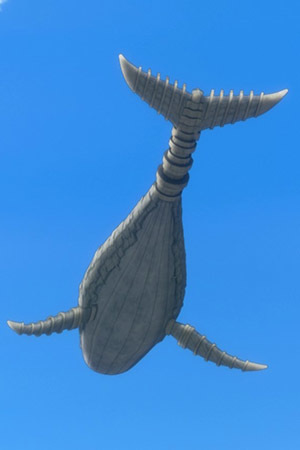 A giant whale that flies through the sky. On its back are stone ruins from an ancient group of people who used to live there.