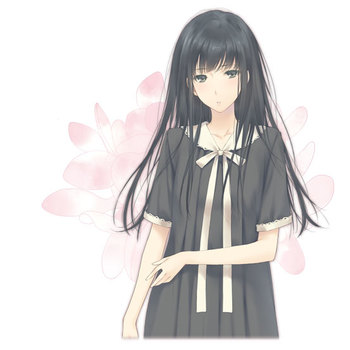 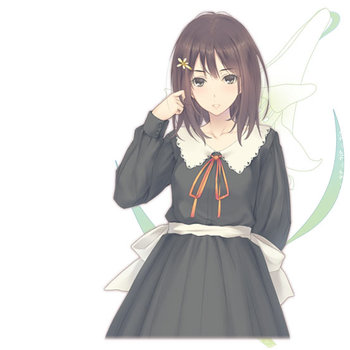 One of Suoh's Amitié partners and the object of her admiration. An easy-going and charismatic girl whose warm personality draws Suoh in. Though Suoh is the main character of the series, Mayuri is the axis around which the story revolves.
Rikka Hanabishi 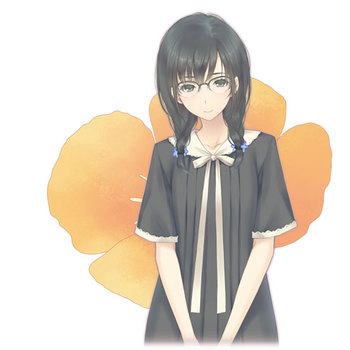 Suoh's second Amitié partner and the freshman class's president. A thoughtful, responsible, and gentle girl who takes pride in being able to accomplish the tasks entrusted to her. Because she's so serious, many of the more mischievous cast members make a point of teasing her.
Erika Yaegaki 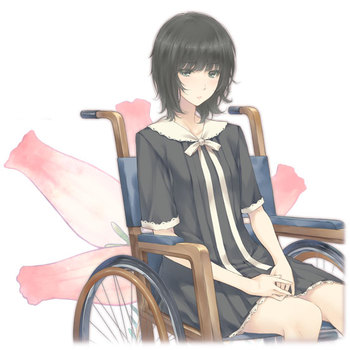 A self-described misanthrope with a mischievous streak and a sharp tongue. A cynical loner and Suoh's book buddy. The protagonist of the second game, Flowers: Le volume sur Été.
Ichigo Sasaki 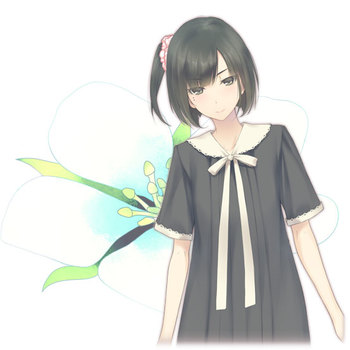 The energetic and gregarious elder sister of the Sasaki twins. Curious and mischievous with a penchant for pranks, Ichigo is a member of the cooking club and along with her sister, has the coveted honor of being Suoh's first friend.
Ringo Sasaki 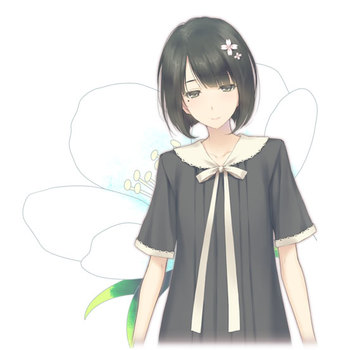 The younger of the Sasaki twins. Where Ichigo is active and excitable, Ringo is studious and lethargic. She and Ichigo are both members of the cooking club (the difference being that Ringo actually cooks). 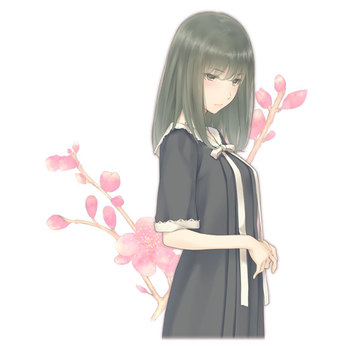 A talented ballet dancer with a tendency to ask after things she shouldn't. She seems unapproachable and has diva-like tendencies. Erika's Amitié partner.

Other Members of Saint Angraecum Academy: 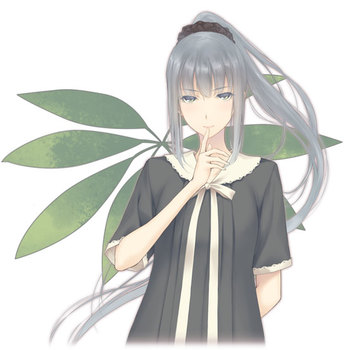 A second year and president of the Council of Nicaea, which is the equivalent of the academy's student council. Yuzuriha is also a member of the cooking club and choir. Theatrical, athletic, and flirtatious, there isn't much that Yuzuriha can't do... besides cooking, that is. Nerine's Amitié; partner. The protagonist of the third game, Flowers: Le volume sur Automne.
Nerine Komikado 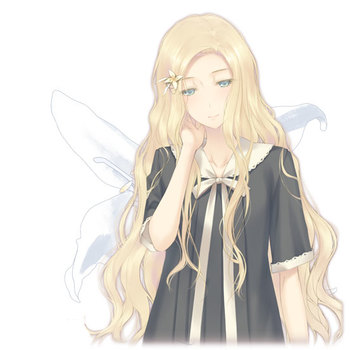 Vice-president of the Council of Nicaea and president of the choir. She's half Italian and is noted for her angelic, ethereal beauty. Unknown to most of the student body, however, she has a fascination with the occult and enjoys eating while strolling. Yuzuriha's Amitié; partner.
Sister Dalia Basquiat 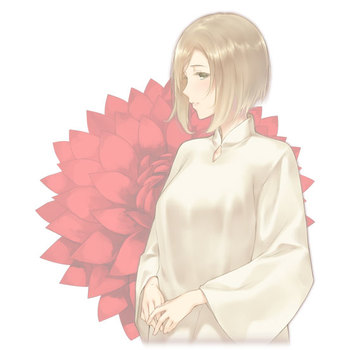