Characters / Flight of the Conchords

This page is for the characters in the HBO TV series Flight of the Conchords.

As a band
The eponymous two-man band: an "almost award-winning fourth-most-popular folk duo in New Zealand" trying to make it big in New York City. 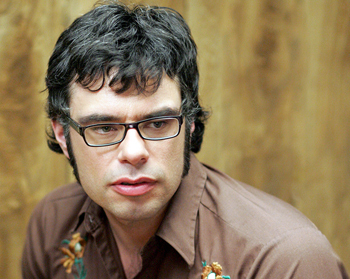 Well, it wouldn't have to be that big to be our biggest tour ever.

Bret's best friend and roommate, and one half of New Zealand's fourth most popular digi-folk bank (normally playing bass). He rarely smiles or laughs and typically overthinks even the most mundane situations. 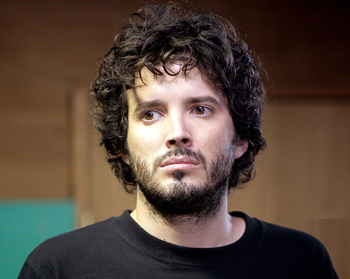 Other rappers diss me, say my rhymes are sissy...

Jemaine's best friend and roommate, and one half of the Conchords (playing guitar and piano). He's the more sensitive and naive of the pair, and has a day job as a human billboard. 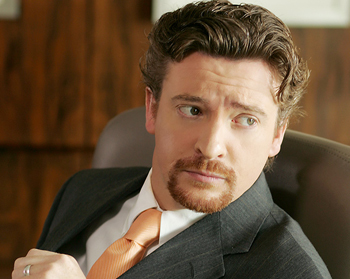 The Deputy Cultural Attaché at the New Zealand consulate who doubles as the band's inept but well-meaning manager. 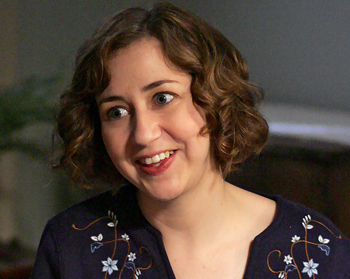 It's like Bonnie and Clyde, you know, they would rob banks and then they would do each other...

The band's only fan: an obsessive stalker who dreams of a romantic liaison with Bret, Jemaine or (preferrably) both, despite being married to her former college professor Doug. 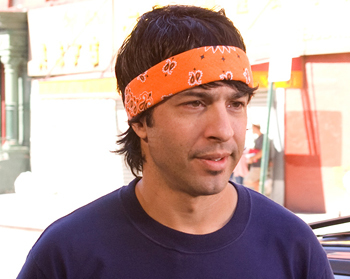 I heard of one rapper, he chopped this guy's whole body off. Just left the dick behind.

A pawn shop owner and a friend of Bret and Jemaine.

Bret and Jemaine's apathetic, ineffectual landlord, who often interjects into conversations in which he is not welcome. His main occupation appears to be fixing the faulty plumbing in the building.

An ex-girlfriend of both Bret and Jemaine.

The two muggers who Bret and Jemaine encounter in "Mugged". John strikes up a friendhsip with Jemaine and re-appears in season 2 to assist the Conchords in Bret's "woo the shopgirl" plot.