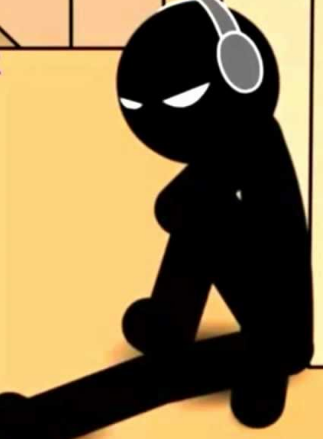 A quiet, laid-back sniper based off of sniper players, specifically those who mainly camp. 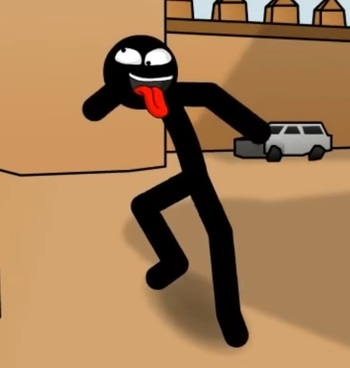 A loud, childish, and insane terrorist modeled after players who dick around rather than seriously play.

A malicious cheater who utilizes cheat scripts to obtain every weapon and move impossibly fast. 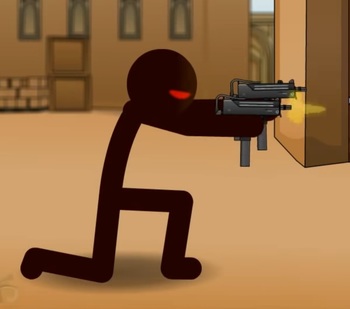 I got ammo!
Lagger 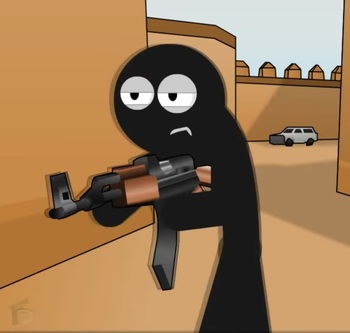 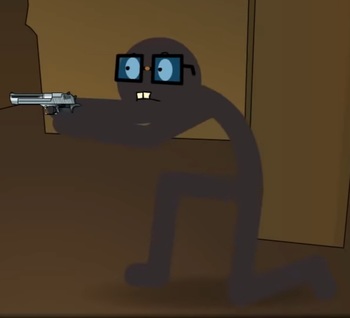 A laid-back and incredibly skilled counter-terrorist who is modeled after similarly skilled players. His real name is Bruce as revealed in Baletastic Outtake.

The Pro
"I want my revenge!"
Assassin
"Kill all newbies!"
Freekill
"I HATE pop-ups!"

Admin
The stoic and omnipotent administrator of the server everyone else plays on.