A Company in charge with recruiting, teaching, training and eventually assigning supervillains to superheroes. The supervillains formed by the company follow a strict set of rules by fighting superheroes according to a plan that end up with them losing in exchange for being paid. 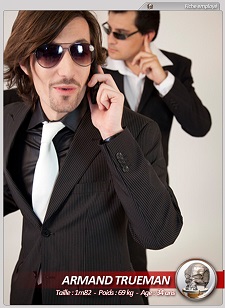 The young, charismatic, cunning director of the Flander's Company. 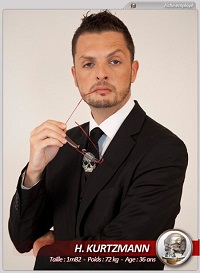 The Human Resource Manager at Flander's. 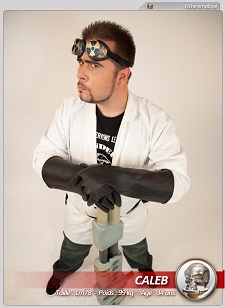 The Research & Development Manager and resident scientist of the Flander's Company. 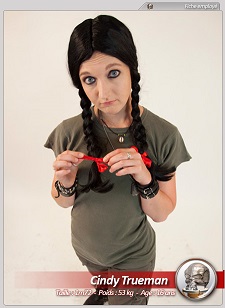 Mr. Trueman's niece, a teenage barbarian with an axe. 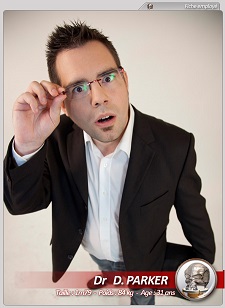 Flander's Company's therapist, and the nicest guy around (usually...). 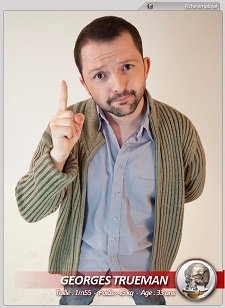 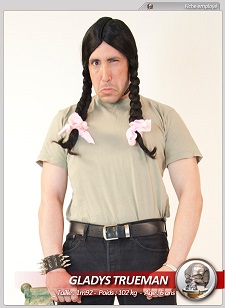 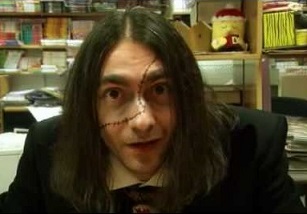 Armand's and George's deceased father, and the previous director.

A company who deals with fashion design for superheroes. They serve as the main villain for season 2 by pulling out a plan to take over the Flander's Company so they could sell their products to supervillains as well, firing Trueman in the process. They then proceed to get rid of all the employees, one after the other, so they can get complete control over the company. Though they succeed, Trueman and his ex-employees eventually take the company back. The C.C then attempt to pull out a new plan at the beginning of season 3, but, before they could do it, their installations and most of them are decimated by Aegis, who were after Flander's and didn't know they had lost control. The few remaining members eventually join forces with Trueman to fight Aegis.

The boss and founder of C.C Corporation, the latter being named after her initials. 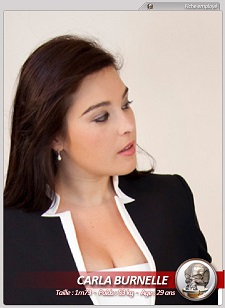 The most efficient and proactive member of C.C Corporation, with eletric superpower to boot. 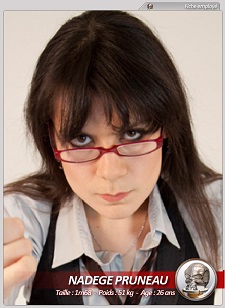 The CC's accountant, and Carla's second-in-command after Chantal's death. 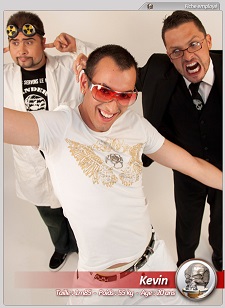 An annoying villain wannabe that was rejected by the Flander's Company. Especially disliked by Hippolyte.

A team of Knight Templar Hero Antagonists introduced in season 3 as the new major antagonist. When first introduced, they savagely destroy the C.C Corporation's installations for unknown reasons. Later, they start attacking and decimating supervillains everywhere, and it's revealed they are looking for the Flander's Company.

It's eventually revealed they are formerly a small group of weak superheroes who, after helping Dr. Jean-Luc Shredder to escape the Flander's Company, ended up with one of their members gravely injured, forcing Dr. Shredder to use the others as guinea pigs to try to find a cure... using the Damien Project formula. Predictably, this ended up turning them into incredibly powerful superpowered psychopaths who want to destroy the Flander's Company and end the current system, which they believe is intolerable. They are eventually defeated through an alliance of the Flander's and the remains of the C.C Corporation.

A congregation of big-name Supervillains that works to maintain the hero/villain status quo instituted 30 years ago by Oswald Trueman. They gather on a satellite in low Earth orbit, either through holographic video conferences or in person. The Brotherhood members spend more time bickering than being efficient, though.

A scientist who used to work for the Flander's Company, and took a major part in the Damien Project.

An army of female zombies from an Alternate Universe where they have almost eradicated humanity. Following the temporal paradox caused by the interactions between the two versions of the Flander's Company, several breaches open between the worlds, allowing them to reach the two worlds and attack it from everywhere. As a result, they serve as the main villains for most of the season, until the finale at least.