Character sheet for Fixed Damage. Warning: Spoilers might be unmarked. Read at your own risk. 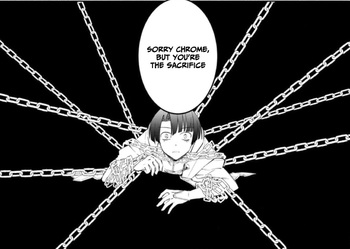 Riot, Vallery, Margo, Farrah, and Yuno. I will never forgive you! Your deaths will not be easy or quick.
The Protagonist. Betrayed by the party of "hero" Yuno, cursed by the "Chains of Darkness" magic and Left for Dead at the beginning of chapter 1.
Advertisement:
Shea Framwright 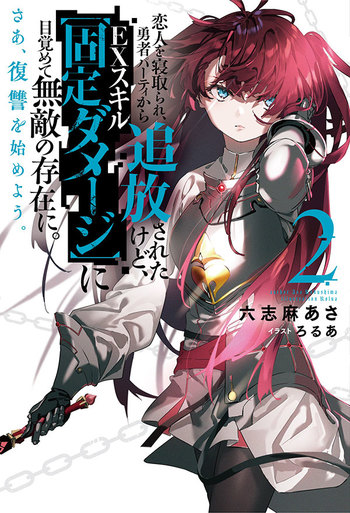 Please, I'm begging you! Help me take revenge on Riot!
A knight Chrome chances upon, cornered by Riot's men as the louts were threatening her with rape, before promising to deliver her to Riot so he could sexually abuse, torture, and murder her, for his sick pleasure.
Yulin
One of Valery's test subjects that managed to escape the lab. 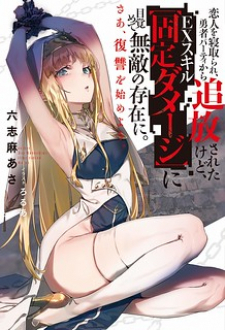 I've confessed everything! Please don't kill me! Look, you can do whatever you want with my body, just let me live!
The Saintess.
Advertisement:
Valery
The Sage.
Yuno 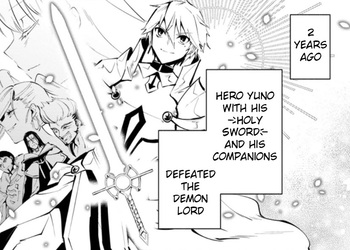 You have fallen to evil, Chrome. I have to kill you!
The Hero
Margot Lascada
The Knight.
Farrah Zayed
The Swordsman.
Advertisement: