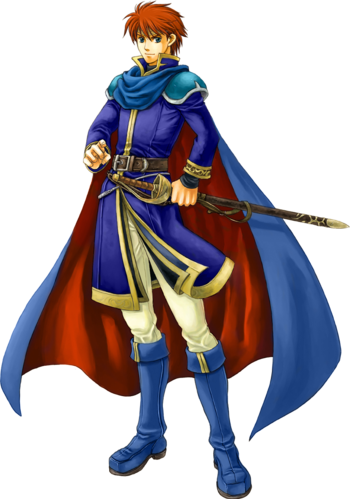 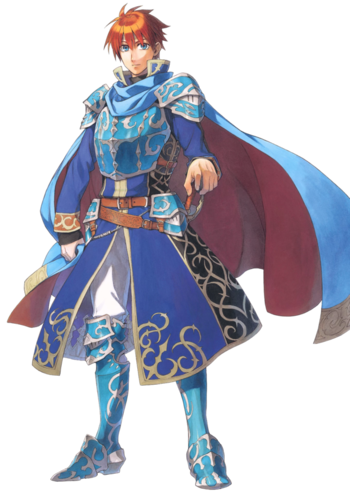 The young son of Lord Elbert, Marquess Pherae, Eliwood grew up surrounded by the complex politics of the Lycian League. Under the watchful eye of his parents, Old Retainer Marcus, and his father's close friends among the lords, he became an even-tempered and compassionate man, self-conscious and aware of the world. He met Lyn during her travels and provided her with crucial political aid which enabled her to unite with her grandfather. When his father disappeared a year later, he chose to search him out with the aid of a few trusted soldiers and subsequently discovered evidence of a terrible plot that threatened the stability of not only Elibe, but of the entire world.

Many years after the conclusion of the game, he is married (possibly to Ninian, Lyn, or Fiora) and fathers Roy, protagonist of The Binding Blade. 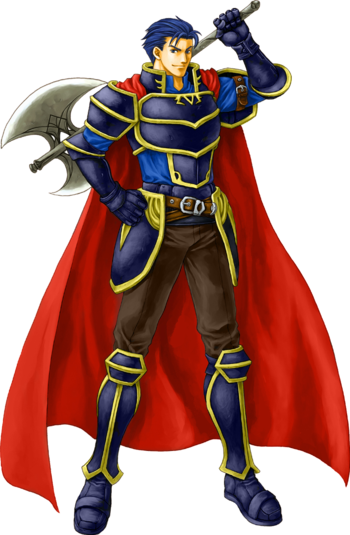 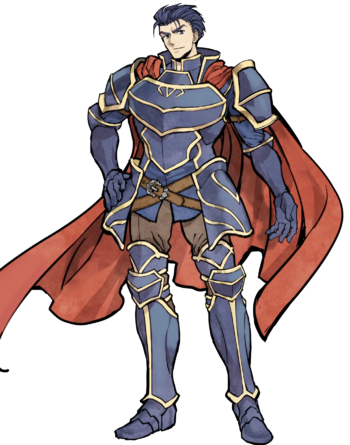 The younger brother of Uther, the Marquess of Ostia. His parents died of illness when he was a young boy, so his brother is more of a father figure to him. Hector is restless, hot-blooded, and loyal to a fault; thus, as soon as he hears word of Elbert's disappearance, he appeals to Uther and tells him to do something about it. When Uther refuses, his time consumed by trying to ease tensions with Bern, he and the spy Matthew run away from the castle, and are ambushed by the Black Fang; once that's dealt with, they're joined by the knight Oswin and the cleric Serra, and Hector fully throws himself into the investigation of the Black Fang.

After the game's conclusion, he is Marquess Ostia and head of Lycia following the death of his brother, is married (among the possible candidates are Lyn, Florina, and Farina), and fathers Lilina of Binding Blade.

Lyndis "Lyn" of Caelin and the Lorca 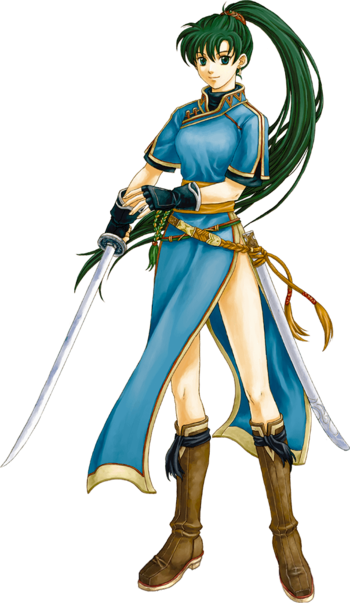 Daughter of Madelyn, princess of Caelin, and Hassar, chief of the nomadic Lorca tribe, Lyn grew up without a care in the world on the plains of her father's homeland, Sacae. All of that changed when her home was pillaged by a brutal group of bandits, the Taliver, who left fewer than ten people alive. Forced to survive on her own, Lyn's life changes for the better when she comes across a certain strategist, and before she knows it, she is caught up in a game of war and political intrigue once she learns of her royal heritage. After thwarting the ambitions of her evil great-uncle, Lundgren, Lyn lives in peace with her grandfather, Lord Hausen. That is, until a year later, when Caelin becomes entangled in Nergal's scheme.