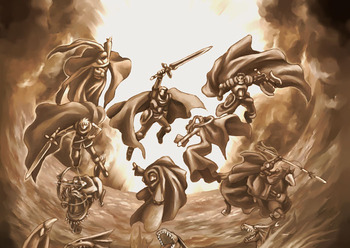 The founder of Lycia and owner of the Blazing Blade, Durandal. His spirit appears before Eliwood and Athos when they come to claim the Durandal to use against Nergal; with Eliwood claiming the sword, his spirit finally disappears.
Probable class: Hero

The leader of the Eight Legends, and the founder and first King of Bern. He was the bearer of two divine swords: Eckesachs and the Binding Blade.
Probable class: Hero

Barigan the Knight of Knights

The founder of Ilia and owner of the Spear of Ice, Maltet.
Probable class: Paladin or General 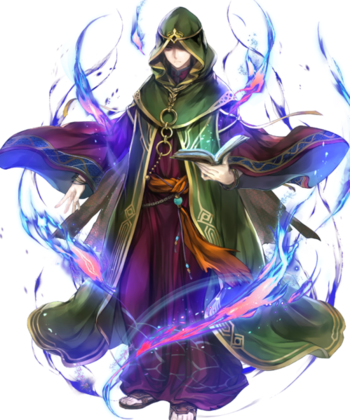 One of the three magic users in the group, who wields Dark Magic. Its tome is the Silencing Darkness, Apocalypse. It's still sort of alive in the modern era, maintaining the seal upon the Divine Weapons and unlocking them at the behest of Athos, Eliwood, Hector, and Lyn. 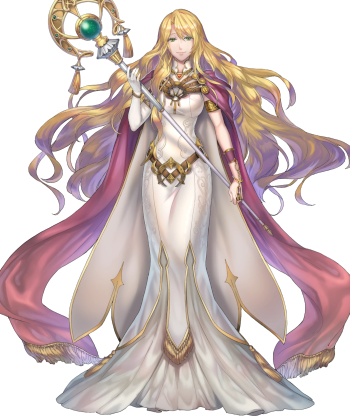 The second magic user, and the founder of Etruria as well as the St. Elimine Order. She wielded Light magic and her tome was the Supreme Light, Aureola; she also bore the Staff of the Saint. 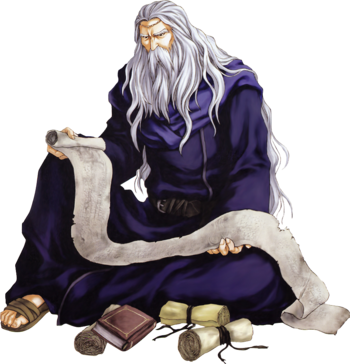 The third magic user of the band, and the Anima Magic user (originally). After the war, he left to live in solitude in the Nabata Desert. Actually, not that alone, since he also found the village of Arcadia where dragons and humans lived in seclusion and peace. 1000 years after The Scouring, he and Bramimond are the only ones left. His tome is the Scorching Reason, Forblaze.

The Action Girl of the group, and founder of Sacae. Her weapon is the Gale Bow, Mulagir.
Probable class: Nomadic Trooper

The fearsome axefighter of the team, who retired to the Western Isles. His sacred axe is named Armads. His spirit appears before Hector when he comes to claim Armads to use against Nergal; with Hector claiming the axe, his spirit finally disappears.
Probable class: Berserker