This page details the Avatar and Azura, the two main characters of Fire Emblem Fates. 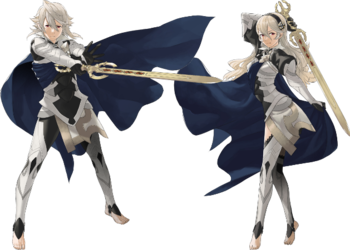 Click here to see both Corrins in Fire Emblem Heroes 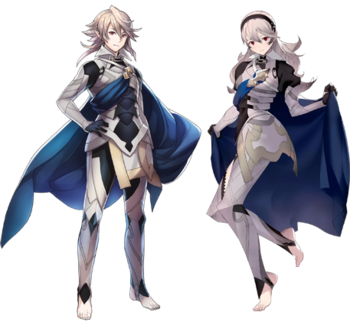 The main hero of the game, whose identity and name is crafted by you, the player. A youth born into the Hoshidan royal family, but raised by the Nohrian royal family: they become the key to the interaction between both kingdoms, and their decisions will shape the plot as a whole.

Oddly charismatic and easily attracts others. Conceals elusive power. The one with the most hidden potential in the army.

Like their predecessor Robin from Fire Emblem Awakening, the Avatar's personality in supports varies slightly by gender; the male tends to be more laid-back and sweet, while the female is more impish and upbeat. 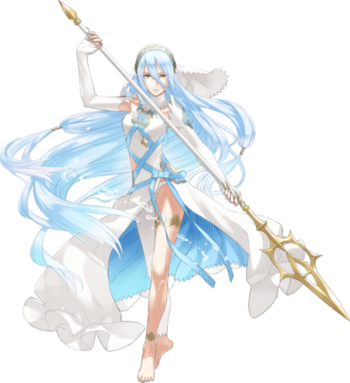 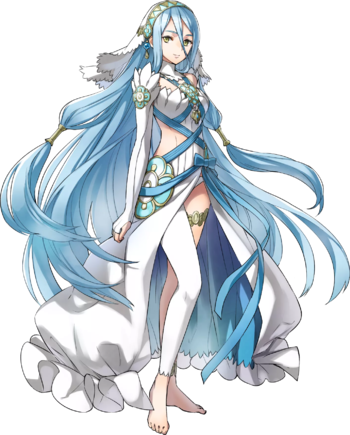 Lady of the Lake
"It's just that when I lived in Nohr, the servants were cruel to me. I expected it. Then, I came to Hoshido. I love the royal family, but still, some people despise me. What if it's my destiny to be hated? I fear my life will always be in danger."

An enigmatic songstress and dancer who joins the Avatar on their journey regardless of what route is taken. Azura reveals herself to be a princess of Nohr, but was raised in Hoshido, mirroring the Avatar's situation. While wise and mature beyond her years, she is also very blunt and proves to be an invaluable companion and advisor on the Avatar's quest. In addition to wielding lances, as a Songstress, Azura is able to support the army with her songs, allowing a unit to move once again after completing an action. Sleeps restlessly. Her birthday is March 3rd.