This page details the various supporting characters outside of the kingdom of Lucis in Final Fantasy XV.

"It is in receiving mercy that men offer praise. And in shedding grace that the Gods solicit worship." 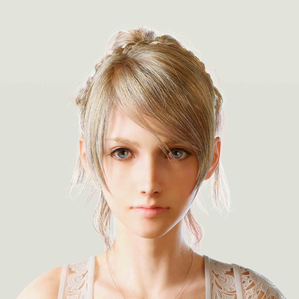 I do not fear death. What I fear is doing nothing and losing everything.

Heiress to the Royal House of Fleuret—the former ruling family of Tenebrae (now a semi-autonomous province within the Empire)—and one of Noctis's childhood friends. She became Oracle upon the death of her mother, Queen Sylva. As per the terms of the peace treaty between Lucis and Niflheim, a marriage is arranged between her and Noct, with her traveling to Insomnia to witness the treaty-signing.

Luna is a heavily re-imagined version of Stella Nox Fleuret, the original Anti-Villain female lead of Final Fantasy Versus XIII. The re-imagining came about during the game's rebranding and subsequent shifting of the story focus, which led to the role of female lead being significantly altered.

"The Oracle's call awakens the gods...that their blessings find the King." 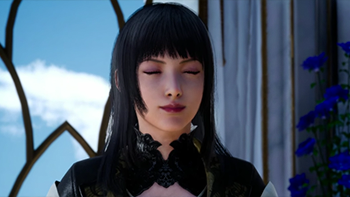 The High Messenger of the Gods, and Luna's counterpart and attendant. 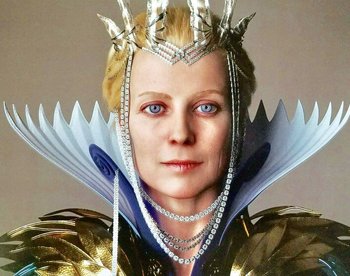 Queen of Tenebrae and the previous Oracle, and the mother of Lunafreya and Ravus.

"You needn't worry. Even if others forget your name... I will always remember." 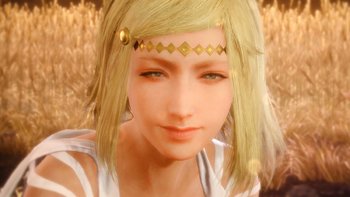 The first Oracle of Eos, and Lunafreya's ancestor 2000 years removed. She was Ardyn's fiancée and was tasked with announcing the chosen first King by the will of the Astrals. 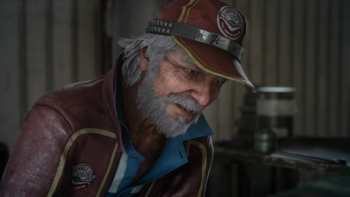 They're not your bodyguards, they're your brothers. Trust in 'em.

The owner of the Hammerhead service station that maintains Noctis's car, the Regalia, and an old comrade-in-arms of King Regis and Cor. 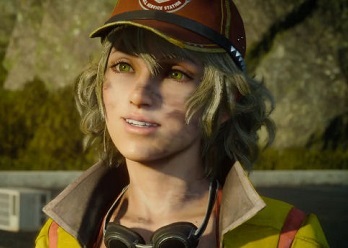 Y'all come back soon, y'hear?

Cid's granddaughter, she assists him with his business and has the most contact with the group when they first meet. 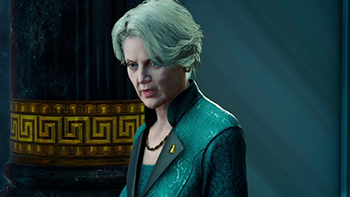 First Secretary of the Accordo Protectorate, Camelia gave Luna sanctuary while she was being pursued by Niflheim, working alongside her and Noctis to arrange the rite to summon Leviathan. 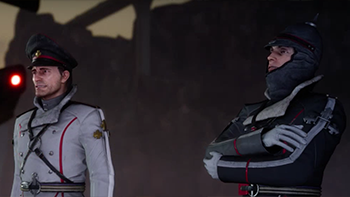 Yup, it's these guys again. As always. This time around, they are members of Aranea's unit and her foremost lieutenants. 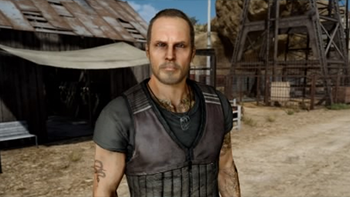 An NPC that Noctis and his friends meet early on in their adventure. He's a hunter who travels throughout Lucis, giving Noctis missions to hunt down dog tags of fallen hunters. 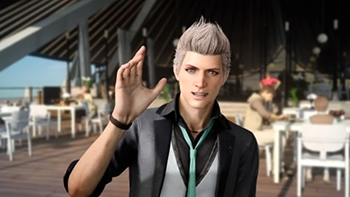 An NPC in Galdin Quay. He's a journalist with ambitions to become a jewel artisan. He sends Noctis to various locations in Lucis to find rare stones to make accessories out of. 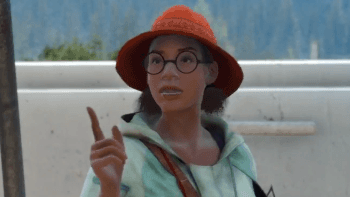 A world-famous, yet absentminded researcher who happens to be looking into why the nights are growing longer. She appears in various locations and sends Noctis on quests to find frogs and other research subjects. 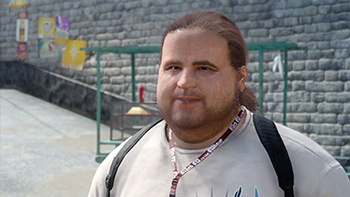 The owner and editor of Meteor Publishing in Lestallum. He sends Noctis and his friends on quests to take pictures of places throughout Lucis. 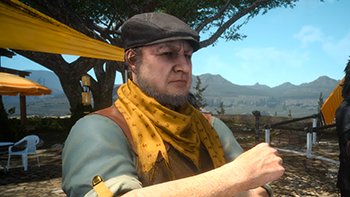 The proprietor and main caretaker of the Wiz Chocobo Post, Wiz breeds and takes care of chocobos. His business has hit a bit of a roadblock with Deadeye, the Behemoth roaming the Duscae region and eating anything in its path. After killing Deadeye, the gang can rent chocobos from Wiz, do some quests for him, and even raise an absolutely adorable black chocobo chick.

An employee of the EXINERIS power plant in Lestallum, Holly is a hard worker, to the point of neglecting her own health at times. She sends Noctis and his friends on quests to inspect and repair electrical lines and valves throughout Lucis.

An angler who travels throughout Lucis, seeking to catch the biggest fish. He gives Noctis quests to catch certain fish in order to test his skills. 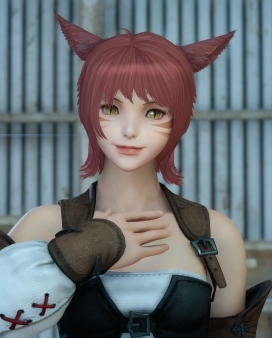 An original character created for "Adventurer from Another World", a collaboration with Final Fantasy XIV. Y'jhimei is a miqo'te from Hydaelyn, a world that is under constant threat from summoned god-like entities known as primals. With someone on Eos attempting to summon Garuda, one of the most violent and bloodthirsty primals in existence, Y'jhimei has requested the aid of Noctis and his friends to prevent a potentially cataclysm. Problem is, she ended up being trapped under an enormous Fat Chocobo inside an abandoned warehouse just outside of Cauthess Rest Area. Fortunately for her, Noctis and Co. overhear her calling for help while traveling on a nearby road, thus starting the quest.