Final Fantasy X-2's version of the Job System combines the old Sphere Grid with the ability to switch between a number of classes. 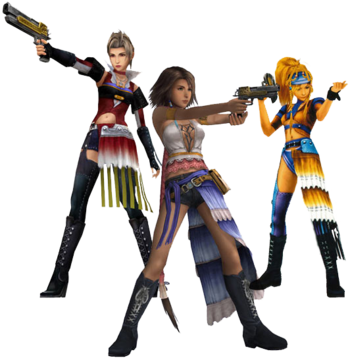 Rikku's gift to Yuna, and Yuna's default job. It's the best at generating chain combos, but falls short on offensive power. 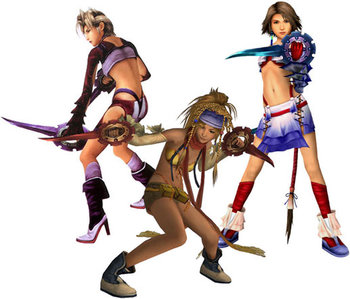 Rikku's default job. It is a speed-based build with the ability to Steal. 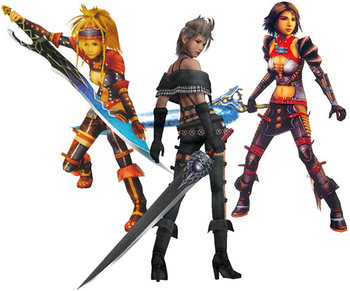 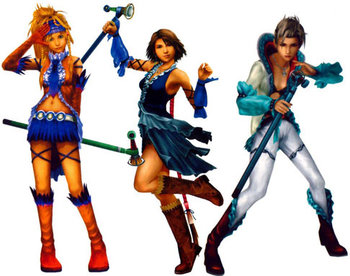 The very first Dressphere obtained in the game. The Songstress relies on status effects to buff allies and debilitate foes in the early game. 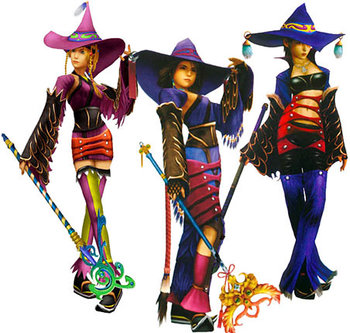 The latest incarnation of the iconic Black Mage. Her offensive magic is unparalleled. The second obtainable dressphere, this one is found on the ruins atop Mt. Gagazet. 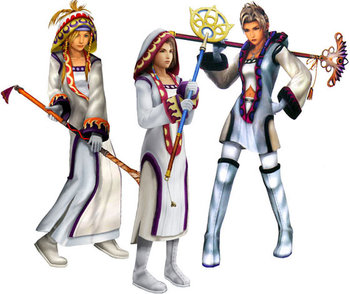 White Mage, like the Warrior, Thief and Black Mage, is one of the oldest classes in Final Fantasy. She focuses on healing and support spells. The last mandatory Dressphere, found in a secret cave on Besaid Island. 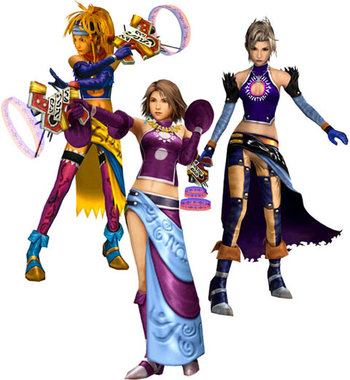 A job which carries trick bullets for different kinds of Fiends. She's also the resident Blue Mage, and thus is able to learn enemy-exclusive moves. Rewarded for completing jobs for Tobli in Chapter 1 (an Escort Mission with a Hypello) or Chapter 2 (selling tickets). 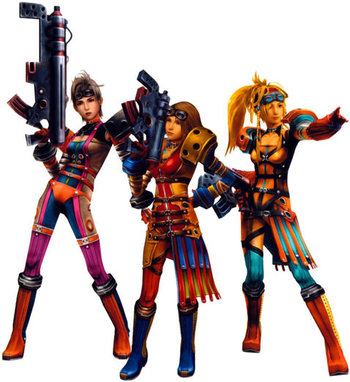 An Al Bhed-themed job. Awarded by Clasko in Chapter 2 after helping him clear out the (former) Monster Arena in the Calm Lands. 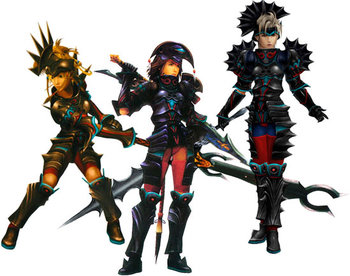 A job which is superior to the Warrior in every way. Found any time after Bevelle Underground is unlocked (at the end of Chapter 2) by solving a simple puzzle. 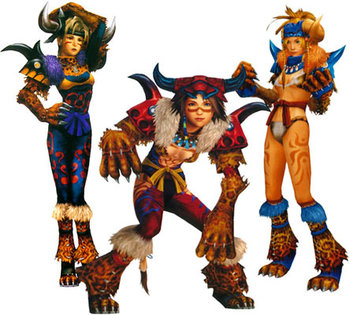 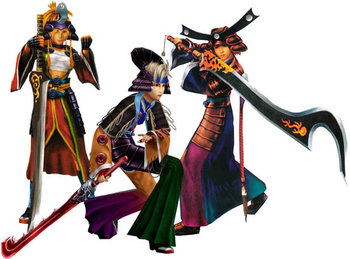 This job isn't as reliable as the other fighters, but it has an interesting set of tools at its disposal. Found on the floor of Kilika Temple in Chapter 3, right before the Chamber where Dark Ifrit awaits. 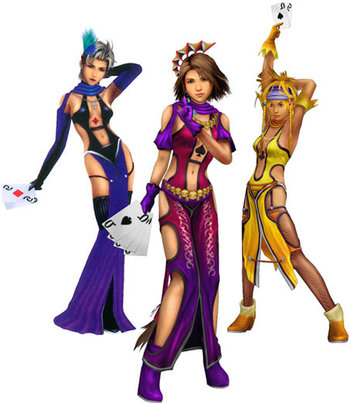 A job which relies on Action Commands in order to get anything done. Won as the prize in Luca's Sphere Break Tournament in Chapters 3 or 5. 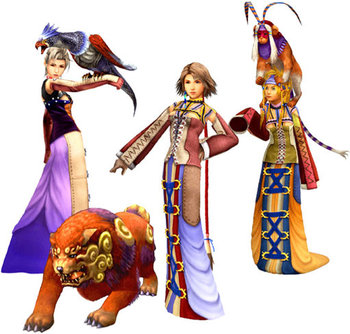 A job which uses animal companions in order to deal damage or heal the party. Recieved from Kimahri in Chapter 3, but only if Yuna answers him correctly and pacifies the Ronso in Chapter 2. 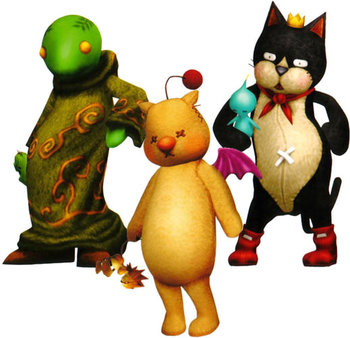 A Secret Character which is heads and shoulders above every other job...but looks silly to wear. Given to YRP after getting Episode Complete in all regions of Spira. It can also be unlocked by winning the Youth League Cup in Fiend Arena, but that feature is only included in PAL and HD versions. 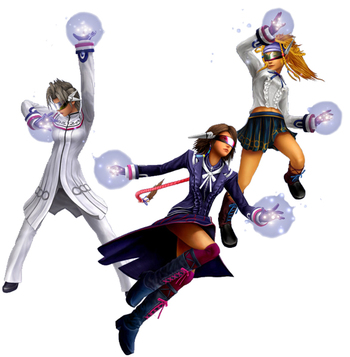 A new class introduced in International/HD Remaster versions. Psychics are dressed like stereotypical Japanese students. As soon as you're on the airship, talk to Shinra, choose "Creature Creator", go down to "Fiend Arena" and compete in the first tournament. Careful, it has Chapter 5 enemies, so you might want to level up a bit beforehand. If you manage to win, Psychic is yours. 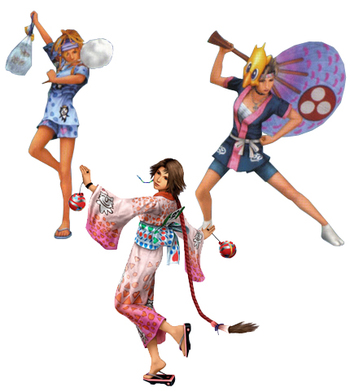 A new class introduced in the PAL and HD versions. It was a mail-in design by an 8-year-old fan as part of a contest advertised in Ultimania. What's odd is that it's acquired at the beginning of the game when you first board the Celsius and talk to Brother. You can also win it as a prize for beating the Grand Cup in the Fiend Arena. 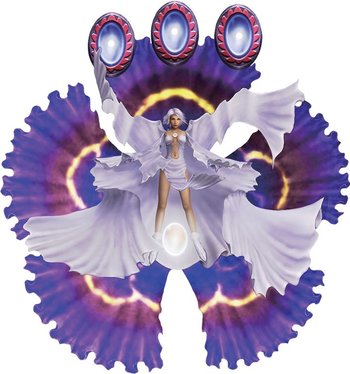 Yuna's Special Dressphere. It's mandatory, obtained during the mission to filch Leblanc Syndicate uniforms in Chapter 2—specifically, on the Djose Highroad. 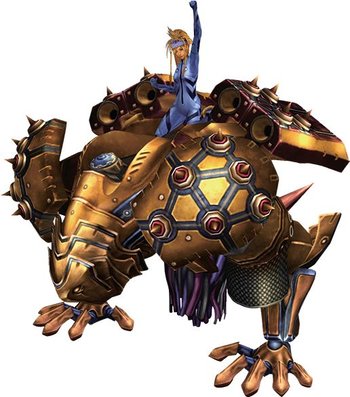 Rikku's Special Dressphere. It is also mandatory, and also obtained in the quest to find Syndicate uniforms, except this one is in Bikanel's Desert Oasis. 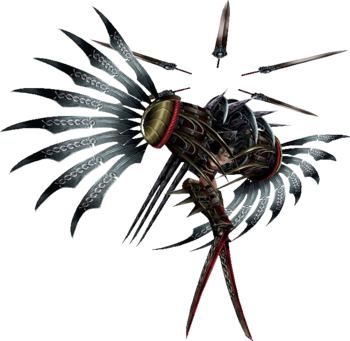 Paine's Special Dressphere. Unlike the other two, this one must be unlocked by talking to Tromell in Macalania Woods and exhausting his dialogue.