The main party of Brave Exvius, all acquired as playable characters through the main story of the game. It is worth noting that, unlike a chunk of the summoned playable characters, these people are all living humans who join Rain, Lasswell and Fina in their travels directly.

Tropes associated with the team as a whole: 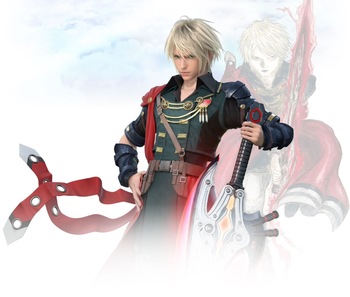 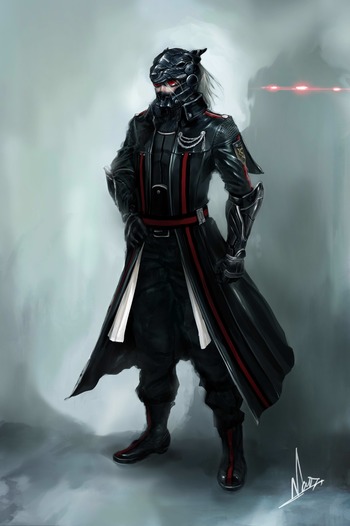 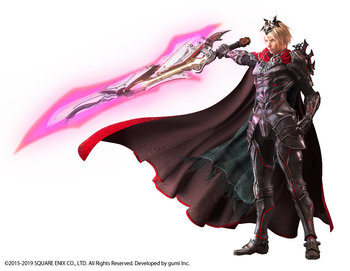 Rain's artwork in War of the Visions 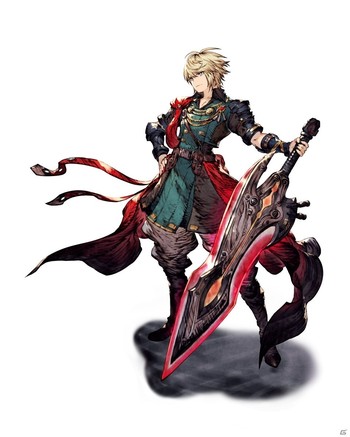 A knight of the Kingdom of Grandshelt, and the protagonist of Season 1 and 4. A precocious knight and pilot who was entrusted with command of an airship at the tender age of eighteen, he maintains a carefree — some might say lackadaisical —- demeanor. He has the unwavering trust of the king and his nation's people, in large part due to his father's reputation as a stalwart knight of the kingdom. 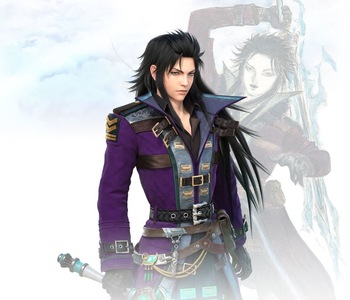 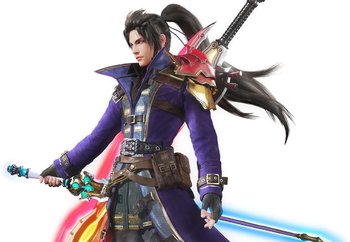 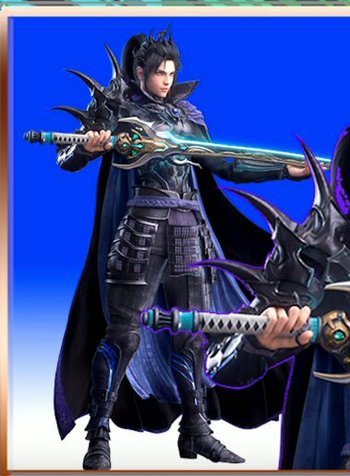 Lasswell's art in War of the Visions 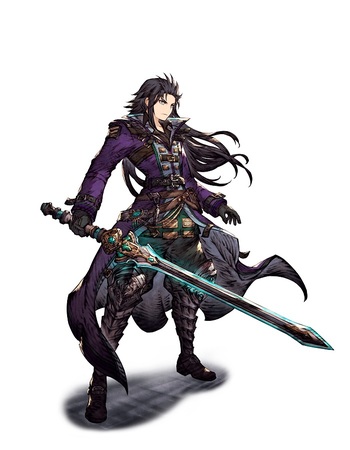 The Deuteragonist of Season 1, and the protagonist of Season 2. A knight of the Kingdom of Grandshelt, he shares command of an airship with his childhood friend Rain. His skills are on par with Rain's, and his no-nonsense attitude has earned him the trust of his superiors and subordinates alike. However, he has a tendency to dragged along by Rain against his own better judgment. 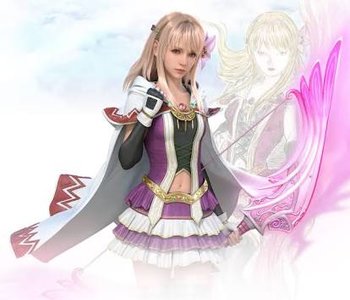 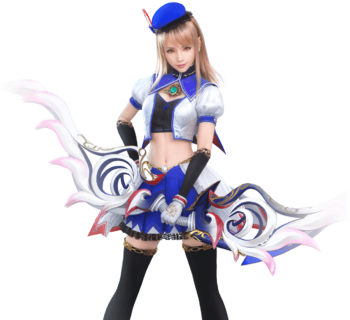 Fina's artwork in War of the Visions 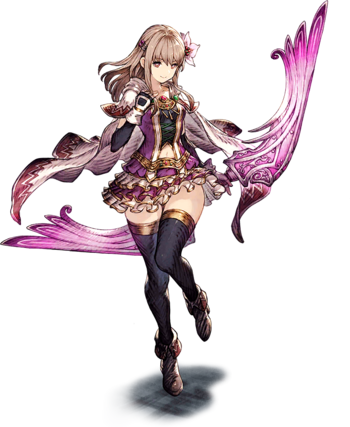 The Tritagonist, and the protagonist of Season 3. A young girl who emerged from the Earth Shrine's Crystal with no recollection of her past save for her name. Fina's lack of general knowledge prompts her to act with the innocence and curiosity of a child. She is proficient with white magic and the bow and arrow, though where she acquired such impressive skills, she cannot say. Hints to her past as Dark Fina could reveal her true identity. 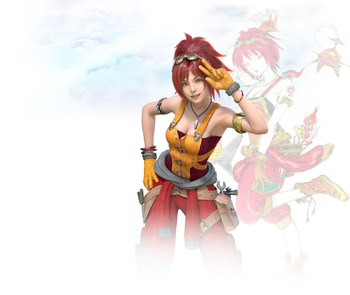 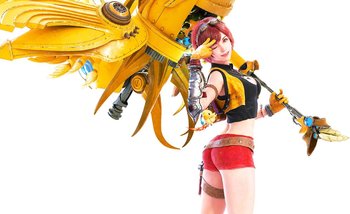 Voiced by: Ayaka Ohashi (CG limit burst)
A mechanical engineer that lives in the land of Dirnado. Her great expertise at building machines has her in the running for the title of Cid. She initially is only in it because Rain and Lasswell were willing to pay her to take them to the Wind Crystal; once the event leads her to discover one of the Veritas is the very first Cid, she joins Rain's team in search for answers.
Nichol 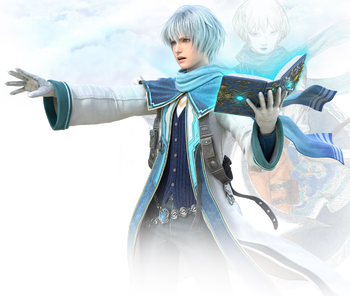 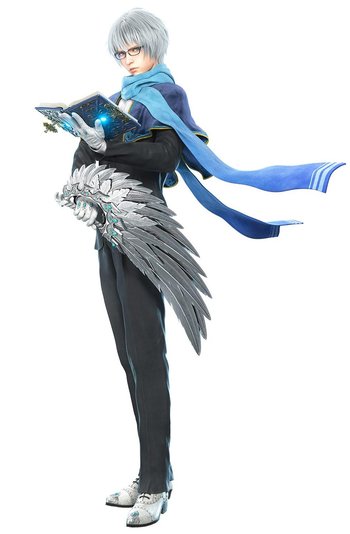 One of Olderion's main tacticians, and a Warden of Water, tasked with the protection of Olderion's Water Crystal. He meets up with the party when he and his soldiers are trying to dispatch of a group of enemies before Rain and co. interfere and helps the party try to protect the Water Crystal. When one of his siblings die at the hands of one of the Veritas, Nichol decides to join the party to get his revenge, but eventually becomes one of Rain's most trusted party members and later becomes one of his retainers along with Sakura. 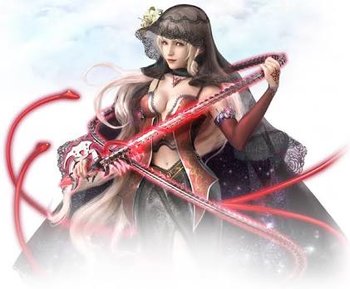 Fina's true self, a Really 700 Years Old Sage of Hess. She was imprisoned in the Earth Crystal due to siding with Hess on the Independence War. When the Veritas of the Dark smashed her crystal she was freed, but lost her powers and memories. She is reawakened in Olderion as the result of contact with the Sacred Vessel of Paladia, which has the power to restore a person's old self. She alternates her body with Fina, and eventually is separated from her when Sakura's ritual to reassess the light Fina's control of her body goes awry.

For her reincarnation, Roca, see the Hollow Breakers section. 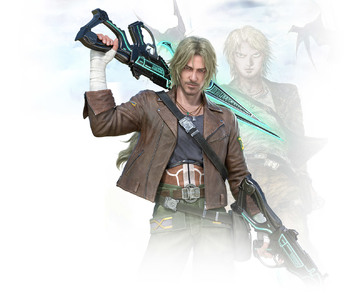 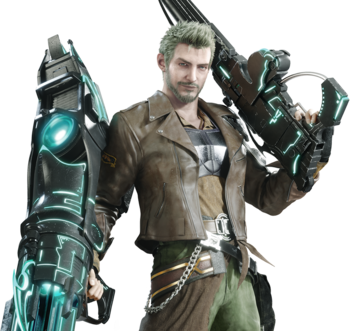 Leader of the Raven Rebellion in the Zoldaad Empire and a massive Casanova Wannabe that will try to flirt with everything that identifies as female. He first meets the party on the train leading into the empire while trying to make a getaway from the guards. Rain's party is eventually forced to help him stop the Zoldaad Empire's plans. Once that's dealt with, Jake joins the party to compensate for one of his acts complicating matters for Rain and the others. 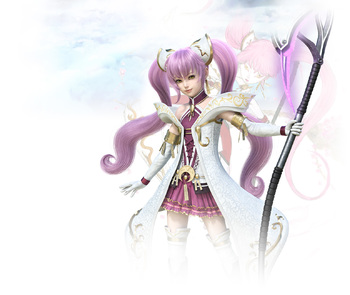 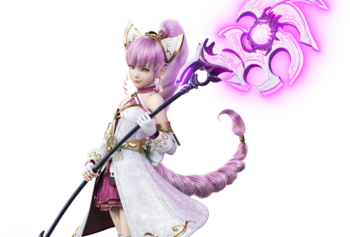 The founder of Mysidia and Pharm who knows a lot about the Sworn Six of Paladia. This is because she used to be part of the Veritas when they were the Sworn Eight 700 years ago, being the former Veritas of the Bolt. She abandoned the group when she saw people in Lapis living peacefully, not wanting to take part in her sister Citra's plan to destroy the crystals to get back to Paladia. Sakura took into herself the duty of looking out for Rain and Lasswell in Raegen's stead, knowing they would play an important role in the events to come, and this leads to her having to force herself into Rain's party when someone who looks like Raegen appears to aid her sister's plans.

Party Members on Season 2 and Onwards 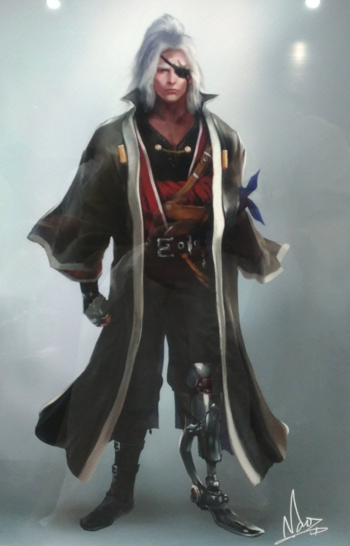 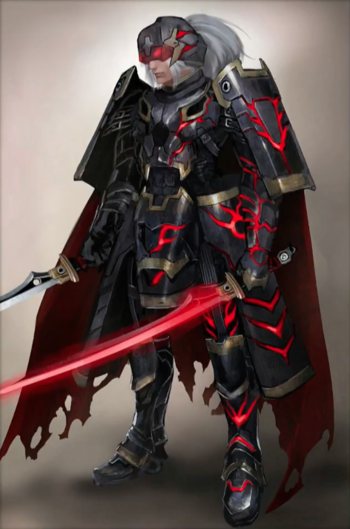 A mysterious swordsman in Paladia with extreme skills, and who happened to dominate and evolve the Mirror of Equity, Raegen's Signature Move, into far better skills. He eventually becomes Lasswell's master at his request when the young Knight of Grandshelt witnesses his prowess. It is later revealed that his true identity is Zeno of the Beta Star, and even later, Rain from an alternate future. See also The Orders. 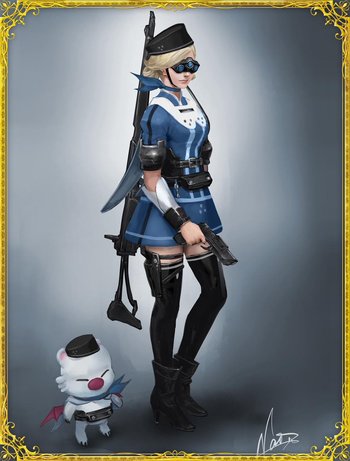 The sixteenth of the Orders of Aldore, and a recent addition at that. A Genki Girl and The Pollyanna despite her horrible childhood marked by constant racism against her from both Aldorans and Hess thanks to her mixed blood. Has a Moogle companion named Moog, who is Physalis's "soul mate" and, until she meets Lasswell's party, the only friend she ever had. Physalis's unwillingness to kill people, even more one like Lasswell who could solve the suffering in Paladia, causes her to switch sides and join his party. 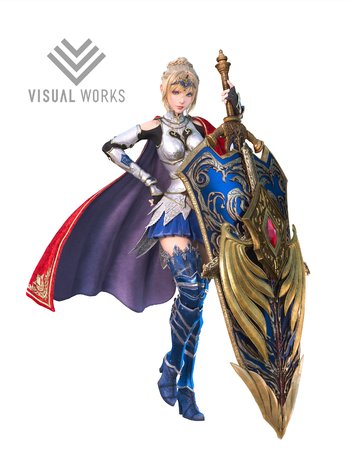 A knight of Grandshelt who trained beside Rain and Lasswell. A stalwart Knight of Grandshelt with true loyalty to her king, and a potential Love Interest for Lasswell, even if the two don't like to talk about it. She eventually comes to lead her own division of the knights, which Physalis becomes part of between Seasons 2 and 3.

In Season 1, she stayed behind to help rebuild the kingdom after the Darklord attacked, being only seen in a Character Quest, in a part of Lasswell's Short Story, and her own Story Event. She becomes a party member in Physalis's side of Season 3 when Physalis sets out to search for Fina with her help.

Second of the Orders. A man whose entire life was a complete mystery, and a close position to Emperor Quadis, second only to Levnato, the Alpha Star. He was only in it to claim the Emperor's life, but a terminal disease made him reconsider his entire life. Future Rain approached him due to their encounter in the Bad Future, and suggested to take his identity in order to act undercover and provide Lasswell the skills and heart needed to not fumble his fight with Vlad. This causes Akstar to encase himself in a crystal in order to sell Future Rain's disguise and spend the entirety of Season 2 in there, freeing himself once Future Rain ceases to exist.

By Season 3, the true Akstar was chosen as Lasswell's goodwill ambassador for Hess, while he himself decided to learn Lasswell's main technique, the Mirror of Equity, and take it to a new spin. He's dragged onto the current chain of events when the Hollow appears in Paladia right as he was challenging Raegen to a fight.