open/close all folders
The Narrator/"Jack" 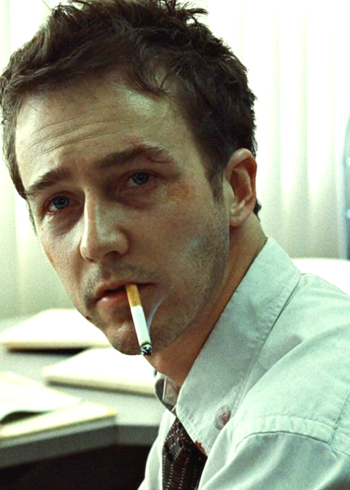 Portrayed by Edward Norton (film), Dave Wittenberg (video game)
"This is your life, and it's ending one minute at a time."

The main character, who trudges through life with his dull corporate job and countless group meetings until he meets Tyler Durden. 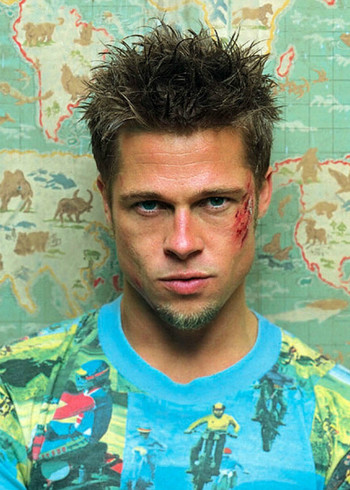 A mysterious man who makes friends with the Narrator. He holds anarchist and anti-consumerism beliefs, and he takes to organizing the titular Fight Club. He eventually descends into outright terrorism with a group of his own, Project Mayhem. 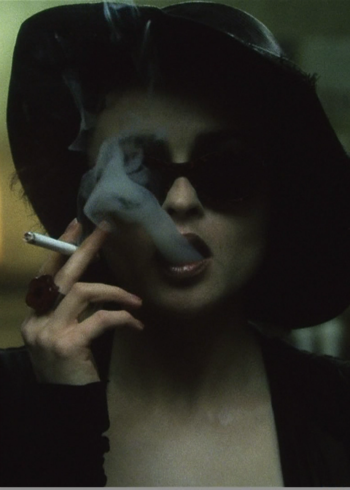 Portrayed by Helena Bonham-Carter (film), Nika Futterman (video game)
"The condom is the glass slipper of our generation. You slip one on when you meet a stranger. You dance all night... then you throw it away. The condom, I mean, not the stranger."

A headstrong woman the Narrator first meets in a support group. He initially dislikes her for interfering with his method of dealing with insomnia, but eventually the two work up an uneasy rapport. 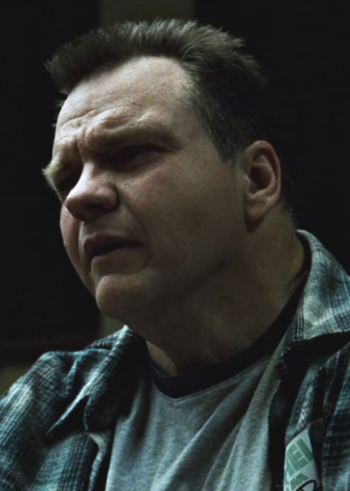 An overweight man with gynecomastia who the Narrator meets at a support group for survivors of testicular cancer. He eventually joins Fight Club, and later Project Mayhem. He's killed when a mission for Project Mayhem goes awry. 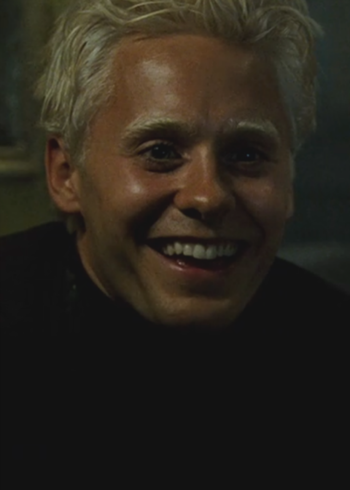 A regular at Fight Club. After Tyler shows a fondness for him, the Narrator beats his face into a pulp with the explanation that he "wanted to destroy something beautiful."