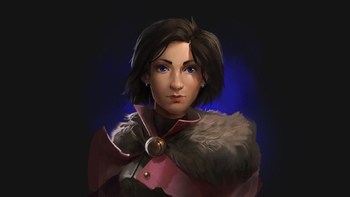 An Arbiter, who goes beyond her duty by not just fighting injustice throughout the land, but also seeks to weed out corruption in her own organization. Following a miscarriage of justice, she's chosen to participate in the Pilgrimage to select the next member of the Council of Immortals, receiving the titular "Arbiter's Mark". 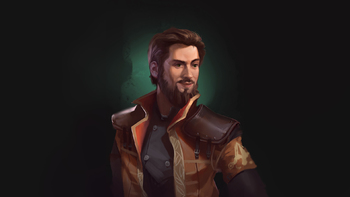 Kyrie's step-brother (his family adopted her) and fellow Arbiter.
Anadine 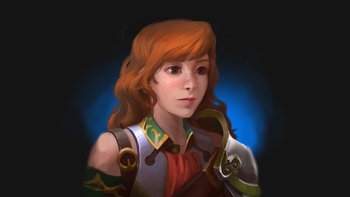 Kyrie's apprentice, and daughter of Sylvia, the Arbiter that taught Kyrie.
Yates 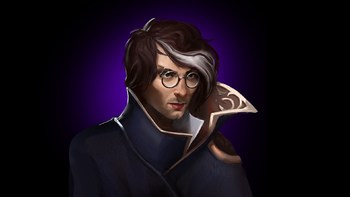 A man that experiments with the undead, though he refers to his practice as Science rather than Necromancy.
Katja 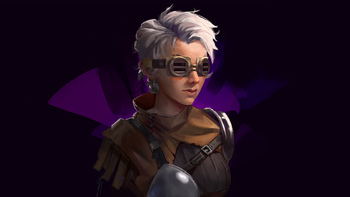 A bounty hunter, and high-ranking member of the anti-Immortal movement Sigil.
Bzaro 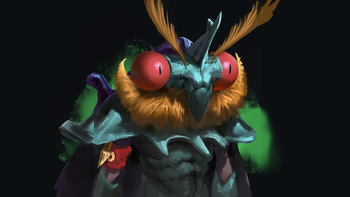 A member of the insectoid Bzil race, and another Arbiter.

A swordsman from another world.

The Council of Immortals 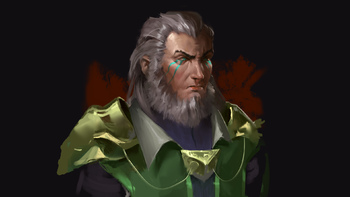 One of the founders of the Council, having been part of the original team that slayed The Maw eons ago, and still a member in the present. His retirement plans set great events into motion.
Quintus 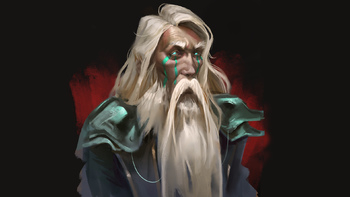 The other eldest member of the Council, alongside fellow founder Primus.
Quarta 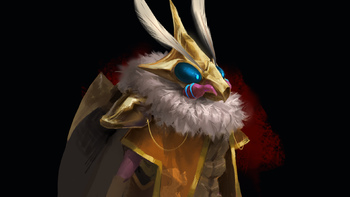 The sole Bzil member of the Council. She's interested in Primus' retirement, having never personally witnessed such a thing in her tenure. 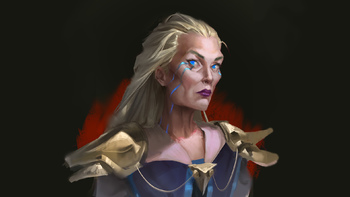 Sekstus
A member of the council whose face is often covered by their hood.
Septimus 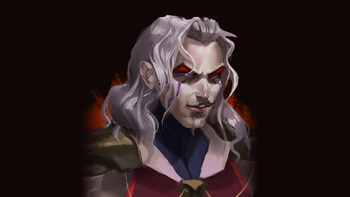 A less-than-ethical member of the council.
Tertia 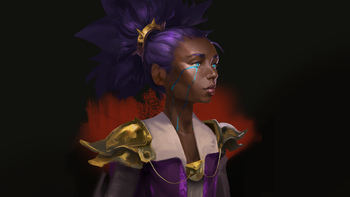 The youngest of the Immortals, being merely a century old. She's also the patron of the Bzil Arbiter Bzaro, requesting him to investigate matters such as the murder of a Marked. 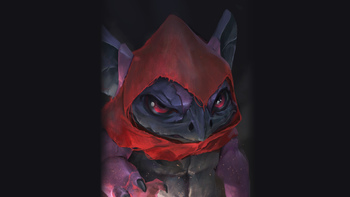 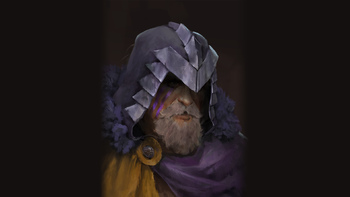 The leader of Sigil, an organization plotting to overthrow the Immortal government, despite being Marked himself. 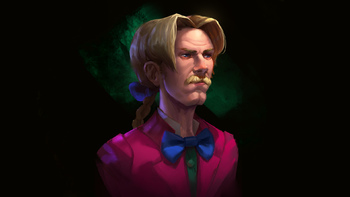 A corrupt nobleman. Caught committing murder, he is quickly apprehended by Kyrie, but suspect circumstances soon leave him free to get his revenge.
Mercier
The leader of a Bandit gang that is first encountered at Banyan Span. Somehow, he is able to repeatedly escape capture and continue pillaging towns, but he can be taken down for good in a sidequest.
Dolman
Another Arbiter captain, whose patrols have become more frequent as of late due to the ongoing Pilgrimage.
Bzitell
The leader of a group of Sigil-sympathizing Bzil, who attempted to block off the temple at Baaz Island with a flood at the cost of endangering the crops of his people.
Draxl
Another Immortal candidate, who decides to ambush others on their way to the final Pilgrimage temple after the Kawas of the region block access to it.
The Maw
An otherworldly beast that left ruin in its wake, before being defeated by the seven heroes that would become the original Council of Immortals.

Alicia
Reiner's wife, who succumbed to a fatal disease.
Sylvia
Anadine's mother, and Kyrie's mentor, who lost her life while on Arbiter business.
Ancient Soldier
A Cadaver lost in Iirzk'tara Gorge for centuries, still clutching a locket from his beloved.
Lady Anquine
The lover of the Ancient Soldier, who disappeared into the Alpine Woods after hearing his voice from her matching locket, never to be seen again.

Somier
A Kawa merchant that keeps ending up in trouble.
Elder Bzirr
The leader of the Bzil of Zzakander Spires.
The Kawa Elders
The leaders of Gogobomb City, consisting of an Elder, a Younger Elder, and the Eldest Elder.