The characters of the Fatal Fury series are listed here. See individual title pages for their respective characters.

Characters are listed by game of introduction. 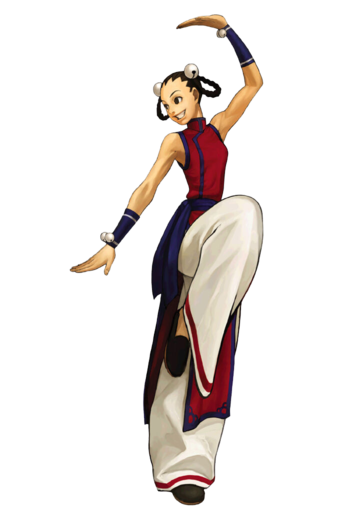 From KOF '01
Since I win, you buy dinner. First, some Dim Sum, then....
Origin: USA
Fighting Style: Multiple Kung Fu Styles
Voiced by: note Mami Kingetsu
A Chinese-American resident of Southtown who trained in the martial arts from a young age. Living with her uncle, she works as a waitress and doubles as the bodyguard for his restaurant. Her brief scuffle with Kasumi after a misunderstanding gives King and Blue Mary the idea to scout them in the '99 tournament. Xiangfei later returns to the Women Fighters Team in 2001, bringing Hinako in tow.
Rick Strowd 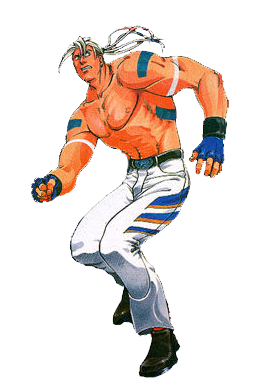 Origin: USA
Fighting Style: Boxing
A Native American boxer who works prize fights at a casino. Believing he has a higher calling as a fighter than simply acting as a showpiece, he decides to enter a street fighting tournament.
Advertisement: 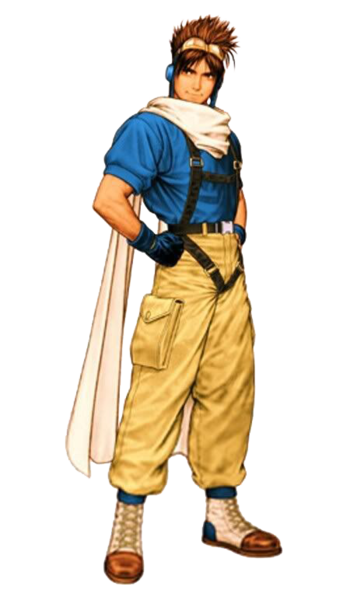 From KOF '99
Origin: USA
Fighting Style: Original Aerial Martial Arts
Voiced by: note Hiro Yuki
A young man whose passion is flying. Became the main protagonist in Dominated Mind to defend his village and to get revenge against White for killing his grandfather.
White 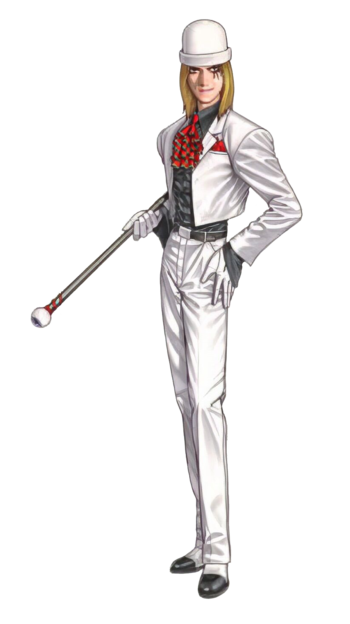 Origin: England
Fighting Style: Psychic Power
Voiced by: note Keiji Fujiwara (in a grand case of Playing Against Type)
A dangerous British drug lord who has more than a few screws loose in his head. Wields a staff and has powers of mind control. Loathes society and desires to remake it in an image he sees fit.
Advertisement: 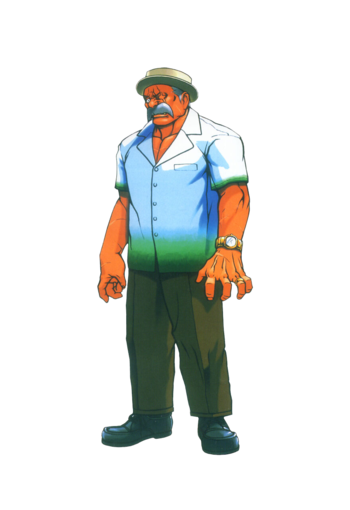 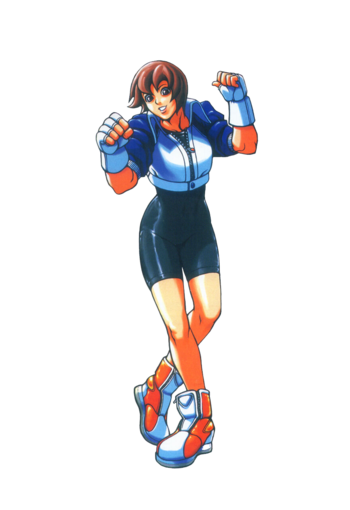 Origin: Japan
Fighting Style: Wrestling
A young female wrestler who wants to prove herself in being a strong and tough fighter.

Lao
Origin: USA
Fighting Style: Street Fighting
A strong yet sluggish man who isn't exactly the sharpest knife when it comes to thinking.

The Legend Of Wild Wolf

I plan on getting even stronger, so be ready!
Origin: USA
Fighting Style: Self-taught Southtown Arts
Voiced by: Akino Hayashi
Originally from a pachislot game called Garou Densetsu [Fatal Fury]: The Legend of the Wild Wolf. She's one of Terry's fans, in which her adoration caused her to emulate his and his team's fighting style, only to find out that she's quite decent at fighting. She is known for her cheerful and somewhat irresponsible personality. She ends up offering herself as the third member of the Women Fighters Team and impressed Mai Shiranui enough to let her in the team.

Anime specials and The Motion Picture

Jeff Bogard
Origin: USA
Voiced by: note Unshō Ishizuka (Japanese), Toshiyuki Morikawa (Japanese, The King of Fighters: Destiny), David Kaye (English)
He is the father of Terry Bogard and Andy Bogard, and once a disciple of Tung Fu Rue. His age is not known, but he was older than his former companion Geese Howard before his death... at the hands of said former companion, who was Driven by Envy since he got passed up as the successor of the secret Hakkyokuseiken techniques to favor Jeff. This happened in front of Jeff's sons, who swear to get even with Geese, and this pretty much gets the ball of the whole Fatal Fury plot rolling...
Lily McGuire
Voiced by: note Kikuko Inoue (Japanese), Willow Johnson (English)
In the first anime special, she first appears as a little girl whom Geese forces to get involved in the circumstances that lead to Jeff Bogard's death. Flash forward to ten years, and we see her as the "Queen of South Town," a beautiful Femme Fatale who is a part of Geese's entourage. Deep down, though, still feels guilty for the part she took in the aforementioned tragedy.
Tony
Voiced by: note Masami Kikuchi (Japanese), Tony Sampson (English)
In the second special, this pre-teen boy from South Town is introduced as a huge Terry fanboy. However, he catches his idol in a particularly low moment...
Elsa
Voiced by: note Kikuko Inoue (Japanese), Lynda Boyd (English)
Tony's mother, who has been rasing him on her own.
Sulia Gaudeamus
Voiced by: note Tomo Sakurai (Japanese), Myriam Sirois (English)
A girl who appears in The Movie. A young girl from a rich family with a huge secret, she escapes from her older brother Laocorn's grip and seeks for Terry and his friends's help, becoming the key to unlock a massive conspiration...
Laocorn Gaudeamus
Voiced by: note Shin-ichiro Miki (Japanese), Matt Hill (English)
Sulia's older brother and the leader of the Gaudeamus clan. Has been the Soul Jar of the god Mars for some years already, after he tried to use a piece of the Armor to avenge his and Sulia's parents's murders. Ever since then he has been a Corrupt Corporate Executive, hell bent on world domination.
Kim Myeng Swuk
Voiced by: note Shiho Niiyama
Kim's beautiful, serious and kind wife.
Jamin
Voiced by: note Kenji Utsumi (Japanese), John Payne (English)
One of Laocorn's three retainers. An honorable and powerful man who happens to be on the wrong side and unable to leave.
Panni
Voiced by: note You Inoue, (Japanese), Janyse Jaud (English)
The second of Laocorn's three retainers. A beautiful and powerful woman who sincerely loves her boss.
Hauer
Voiced by: note Show Hayami (Japanese) Paul Dobson (English)
The third of Laocorn's three retainers, as well as the most amoral. Has a Villainous Crush on Mai.