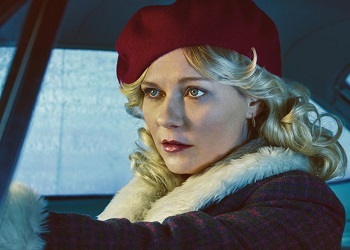 "I wanna be the best me I can be."
Played By: Kirsten Dunst
"I'll tell you what, if it was me, and we had to run, I wouldn't look back. For what? The Dazzle? This house? This is Ed's house. He grew up here. His mom washing his undies, his father taking his paper to the commode. You ask me how come I buy all these magazines? I'm livin' in a museum of the past."

Peggy is a small town beautician in Luverne, Minnesota, but inside she knows she could be so much more. She’s on a quest, really, to become the best Peggy Blumquist she can be, which means not just being a wife and one day mother. Her husband, Ed, is a traditional man with timeless goals (buy the shop, raise a family), but Peggy can’t help but think there’s more to life than just Luverne, Minnesota. 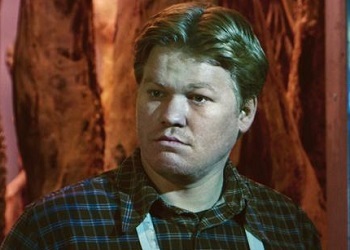 "You go to school, you get a job, you start a family."
Played By: Jesse Plemons
Ed: This is all just so crazy. And I can't stop thinking about that book. Noreen's book. It's, like, stuck in my head.
Lou: What? What book?
Ed: It's about this guy who, every day, he— he pushes this rock up this hill. Like a boulder. And then every night, it just rolls back down. But he doesn't stop. You know, he just— he keeps goin'. And— and he wakes up every day and starts pushin'. By which I-I-I guess I'm— I'm sayin' it doesn't matter what they throw at me. I'm gonna take care of what's mine.

A butcher's assistant at Bud’s Meats, Ed is a gentle giant. All he ever wanted out of life was to become his parents, and so he married Peggy and they settled into his parents’ old house. Now Ed is working to buy the butcher shop and trying to talk Peggy into starting a family. Ed avoided serving in Vietnam due to a single kidney, so his mettle has never really been tested. But that is about to change.