The cast of the Fantasia Otome Game Series and associated tropes.

Note: Debut in this sense merely refers to having been mentioned by name at the very least.

Cheryl in Before Requiem, physically aged 19.
"I wanted to show you that this world is already beautiful as it is... There's no need to change it..." — Cheryl in Realm of Thanos.

A black-haired girl who came to Fantasia from Earth after being contacted by the mysterious "White Lady". 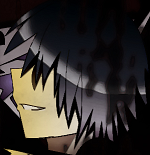 Oswald as a Demon Lord in Realm of Thanos. 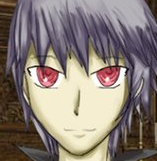 Oswald in Before Requiem.

The thousand-year-old Demon Lord who is the main villain of Realm of Thanos and also Cheryl's main love interest. Appears to be 19 years old. He marries Cheryl by Before Requiem.

Leon in Before Requiem, in his late twenties.
"Nobody deserves to live. Not after what they've done to me. " — Leon in Realm of Thanos.

Blue-haired assassin who works for the King. He is a half human who is treated as a living weapon. By the end of Realm of Thanos, marries Melodia Sanchez and becomes the official King's general of Seldrus.

Ian in Before Requiem.

15-year-old black-haired boy who wears a scarf and seldom talks. Cheryl first runs into him when walking down a street, but he doesn't say a word, merely staring at her the whole time. He is very timid and silent, and when he talks his voice is barely audible. At the end of Realm of Thanos, he starts a guild which would later by Memento of Grand Finale become the Pacifist Alliance Organization. In Before Requiem, he meets Nydia Calantha and later is married to her. 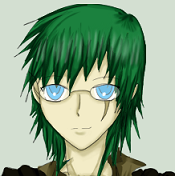 Gil in Before Requiem, aged 20+.
Green-haired half-elf who is later revealed to be the cousin of Leon. Seems anti-social and manipulative at first, but is a very calm person. At the beginning of the game, he wears a hood (thus covering most of his face), but when the game goes on, he'll remove the hood and reveal his face.

Melodia in Realm of Thanos.

Melodia in Before Requiem.
A maid of Seldrus castle. Ends up making a Beta Couple with Leon, and has a daughter named Ciel.

"I'll prepare it for you! Xirara's ultra love-love dish!" — Xirara in Realm of Thanos.

A happy-go-lucky elven girl with blond hair. Ends up married to Gil, and has a son named Raven.

The princess of Seldrus Kingdom. After she becomes Queen, she becomes a loving mother to Klavios as seen in Before Requiem.

Thanos in Before Requiem, as a teenager.

Thanos in Memento of Grand Finale.

Oswald's Other Self and the Rebel Leader in Memento of Grand Finale. 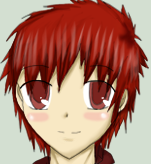 Cain in Before Requiem, physically aged 10. 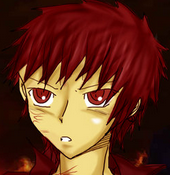 Cain in Requiem of the Abyss, physically aged 17.

"But is that all?! Do I stop here? No! The faces of my friends... Seeing them happy, seeing them content is what means the most in my life!"

A demon who first appeared as a child in Realm of Thanos with a minor role, and reappears in Requiem of the Abyss being Valen's Canon Love Interest and her childhood friend, though she does not remember this.

Valen in Requiem of the Abyss, age 17. 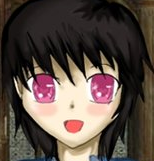 Valen as a child in Before Requiem.
"Null Spell - Requiem of the Abyss!"

The 17-year-old daughter of Oswald and Cheryl.

Gil's son. A green-haired boy who is a tad bit obsessed with new technology.

A Blue-haired boy of the Nomad Tribe. He's energetic and friendly, though not too bright.

Purple-haired 15-year-old boy who is a tad bit obsessed with money.

Brown-haired Navendel Prince from the Kingdom of Valdrox. Freaked out by women.

Blond-haired human prince from the Kingdom of Seldrus. Is a playboy.

Leon's daughter and a good friend of Valen's. 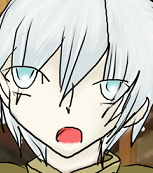 Ciel's fiance, and a relative of Nazim's.

Shea as a child in Before Requiem.

Shea as an adult in Before Requiem.
The Dark Sea Nymph - A blue haired demon who serves under Thanos before his Heel–Face Turn. When he was still alive, he was a half-human who was discriminated against, and longed to become a great mage.

A small fairy who guards the mana spring. Falls in love with Cyrus.

A rebel female navandel who travels the seas.

With that in mind, it should be noted that spoilers of Realm of Thanos and Requiem of the Abyss will not be marked. 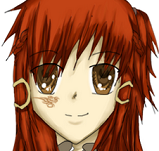 Era in her twenties. 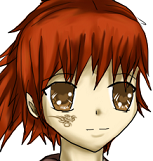 Era as a child.
Sirius Vermilion's childhood friend and sweetheart, an elf who specializes in fire magic. She teaches Sirius how to summon Loki.In Memento of Grand Finale, she comes back as a demon who joins the Guild as a D-Ranked Spellcaster.

Mari in Before Requiem.
An orphan who wandered about the streets of Seldrus. A close friend of Raven's, and later of Klavios as well.

Nydia in Before Requiem.
A woman from Ian's village who was away from it when it was frozen. When the village returned to normal, she was greatly shocked to realize that time had also frozen, and nobody could recognize her. Later, she is married to Ian Vanguardion, and is the ancestor of Zephyr and Nero Vanguardion. 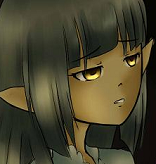 Farah in Before Requiem.
Nazim's little sister. Killed by Seldrus soldiers during the war.

Aeron in Before Requiem.

Debuts in Fantasia: Memento of Grand Finale
Spoilers from Realm of Thanos, Requiem of the Abyss and Before Requiem are unmarked.

An orphan with unknown links to the Pacifist Alliance Organization as well as to the immortals.

Green-haired descendant of Ian Vanguardion. Zephyr is the son of the Guild Leader, Helberg Vanguardion.

Zephyr's distant relative, a descendant of Vahn and Ciel Xaverius. 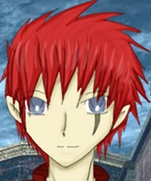 The son of Brutus Roughknight and Elise Vanguardion, which means that he is a descendant of both Ian Vanguardion and Gil Roughknight.

A descendant of Volg and Rossa Tribe, and an A-Rank Fighter who aspires to become the Quatro Leader for the Fighters.

Avalon's younger twin brother, carefree and light-hearted. A C-Rank Diviner because unlike his brother, he inherited magic powers from Volg.

The Crown Prince of Seldrus, and a descendant of Klavios and Serenade Zanarkand.

The son of Cheryl's ex-crush, who accidentally ended up in Fantasia.

Daughter of the de'Renquold family who knows not to speak out of place.

Son of the de'Renquold family. Calm and studious.

A B-Rank Researcher of the Guild, slightly shy but gets along well with Lenarche.

A B-Rank Spellcaster, Marine's older twin sister, and Nero's Ex-Girlfriend. Lenarche dislikes her because of her attitude. Wishes to get closer to Zephyr.

A woman who mans the mission desk of the Guild. Avalon's first friend. 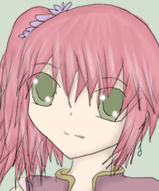 Lenarche's best friend whom she meets during guild entrance testing.

The Chef's daughter, who enjoys cooking with vegetables. She is prone to conspiracy theories, much to Nero's exasperation.

The Great Leader of the Pacifist Alliance Organization, and Zephyr's father.

Helberg Vanguardion's most trusted advisor and an A-Ranked Diviner. Is a descendant of Nazim Xaretros.

The head of the de'Renquold noble family, and the father of Euphie and Eugene de'Renquold.

The wife of Stephanus de'Renquold, and the mother of Euphie and Eugene.

See "Era" in the Before Requiem folder.

One of Alviss Tribe's most obnoxious Yandere fangirls. A Diviner of the same rank, and an elf.
Others

A priestess of the Essence Shrine. First debuts in an official side comic