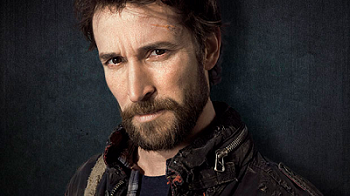 "...no matter how each of us survive, maybe we owe it to those who didn't, to become the best of mankind."
Played by: Noah Wyle

A former history professor, Tom lost his wife early on in the invasion, and he was left alone to keep his three sons safe. He joined the Massachusetts Militia with his sons, but his second oldest son Ben was captured and put into a harness when the invasion began, but was eventually rescued. Tom serves as Weaver's second in command of the 2nd Massachusetts. 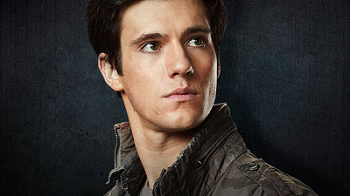 Tom's oldest son, Hal became a scout for the 2nd Massachusetts alongside his girlfriend Karen. 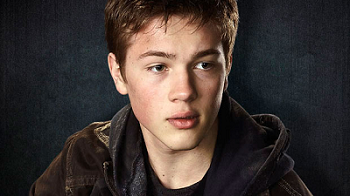 "I'm not the math geek you used to push around."
Played by: Connor Jessup

Tom's second oldest son, Ben was captured by the aliens and put into a harness while fighting for the 2nd Massachusetts. He was eventually rescued and freed from the harness, but is now suffering from some side-effects. 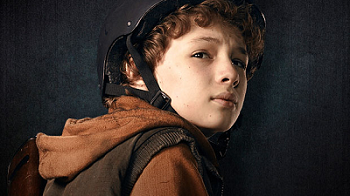 Tom's youngest son, Matt is too young to fight and stays at the camp with the rest of the civilians. 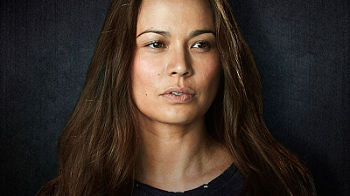 "If this hadn’t happened I’d be dealing with flu shots and erratic mothers."
Played by: Moon Bloodgood

A civilian doctor, Anne was a pediatrician before the invasion, and now does her best to treat the civilians and soldiers of the 2nd Massachusetts. 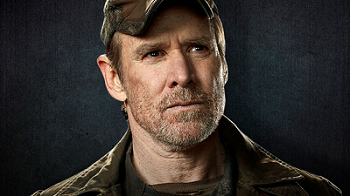 "You don't have to agree, you just have to follow orders."
Played by: Will Patton

A veteran of Operation Desert Storm, Weaver is placed in charge of the 2nd Massachusetts. He has little regard for the needs of the civilians with the unit, viewing them as a hindrance to fighting the aliens. He eventually grows out of this viewpoint and comes to rely heavily on Tom's advice. 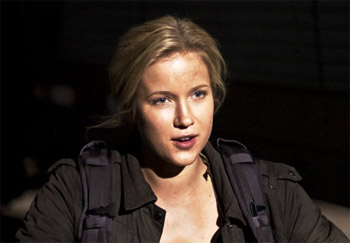 A scout with the 2nd Massachusetts, Karen is dating Hal. She is captured by the Skitters during the rescue of Ben and put into a harness. She later returns as the mouthpiece of an Overlord who talks with Tom. 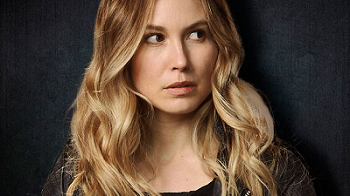 An unwilling member of Pope's band of marauders, Margaret helped the captured members of the 2nd Mass escape and kill them. She then joined Tom's squad, and quickly grew close to Hal. 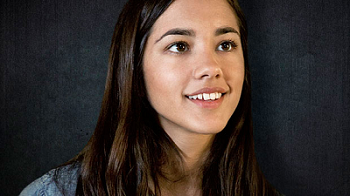 A religious member of the 2nd Mass who was in pre-med before the invasion, and now serves as an assistant medic to Anne. 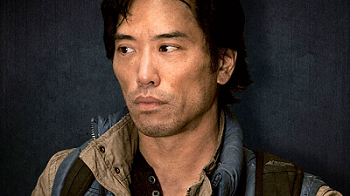 A soldier with the 2nd Massachusetts, Dai is good friends with Tom. He considers himself lucky to have no family, since it means he did not lose anyone close to him in the invasion. 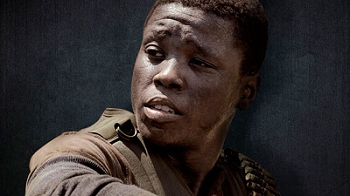 A former Boston cop and a member of Tom’s team. 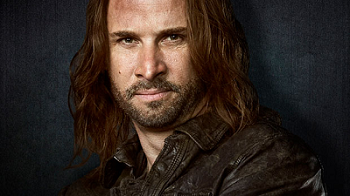 "Life hands ya lemons, ya blow its friggin' head off."
Played by: Colin Cunningham

The leader of a gang of racists and rapists, John captured Tom and his squad in an effort to get the 2nd Massachusetts .50 caliber machine gun and food stores, but failed and was captured by them. He has since joined up with the 2nd Mass as the leader of a squad called the Berserkers who shared his bloodlust and hatred of the Skitters.

The daughter of Tom and Anne, who is born in Season 3. From the start she shows signs of rapid aging and strange abilities. By season 4 she has grown into a teenaged girl, and is seen as the messiah by many and a threat by others.

A 13-year-old soldier who fights with the 2nd Mass.

The overall leader of the Massachusetts Militia. Later become's one of the commanders of the 1st Continental Army based out of Charleston, South Carolina.

Anne’s uncle and a biology teacher. He also serves a technician for the 2nd Mass.

A member of the 2nd Mass who is best friends with Anthony. Killed early in season 1 by Pope's mauraders.

A medical surgeon and old friend of Tom.

A soldier for the 2nd Mass whose son was harnessed.

Mike's formerly harnessed son, but he is none too happy about being freed.

Leader of the few surviving members of the 7th Mass, he kept his group alive by giving children to the aliens.

Jamil is the 2nd Mass' head engineer and vehicle technician, and is in a relationship with Lourdes. 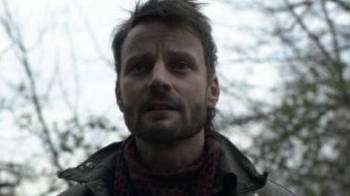 Tector is a former Marine Gunnery Sergeant who joined Pope's Berserkers. He forms a friendship with Captain Weaver, who helps him recover his confidence and military discipline.

The Berserkers are a squad founded by Pope which consists of several members of the 2nd Mass who share his hatred of the aliens. They are usually given assignments which other squads consider too crazy to consider doing. Led by Tom Mason after his return to the 2nd Mass.

Jeanne is Weaver's oldest daugher, who he is reunited with on the road to Charleston.

Arthur is Tom's former mentor and the "majority leader" of Charleston's civilian population.

Bressler is the commander of Charleston's military forces.

An unharnessed girl who fights alongside Ben and the Skitter Rebellion. After the resistance is scattered at the start of Season 4, she is a member of Anne's group.

An aide to Tom after he becomes President of Charleston.

Kadar is an agoraphobic scientist in charge of keeping power in Charleston running.

A man who joins the 2nd Mass after helping break Tom and company out of an Espheni ghetto.

More commonly known as "Team Leader", he is the teacher of a re-education camp in Charleston.

A girl who Matt meets in the Charleston re-education camp. She assists him in his attempts to escape.

A member of the alien race that invaded Earth who temporarily held Tom.

Another high-ranking Espheni, tasked with overseeing the South Carolina Ghetto. He appears to be older than the previous Espheni, and a lot more dangerous.

Voiced by: Tricia Helfer
The force behind of the invasion, and the Big Bad of the series.

A Skitter aboard the ship Tom was temporarily held on. He followed the humans, was captured, and tells the humans through one of the rescued children that he's part of a Skitter resistance. Current location unknown, as he escaped in the attempt by Ricky and Ben to free him.

Spokesman and member of the Volm species first introduced at the end of season two. Serves as a liaison with the human resistance in Charleston.

The Volm in charge of the entire Volm expeditionary force on Earth, and Cochise's father.

A mysterious alien who picks Tom up at the end of Season 4. It takes the form of his dead wife to speak to him, only occasionally showing glimpses of its true form.