This is a list of characters appearing in the video game Fallen Hero.

open/close all folders
Sidestep / The Protagonist 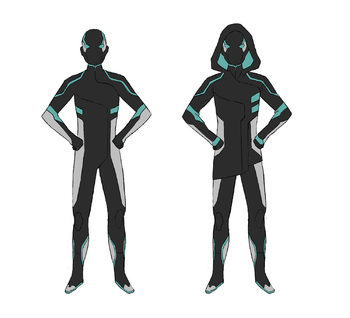 The Player Character of the game. A powerful telepath, they were once a vigilante known as Sidestep. Eventually, they started assisting the Rangers throught their missions and were viewed as a superhero by the public. Then something happened to them during the Heartbreak Incident. Now, they plan on becoming the greatest villain of Los Diablos.

Ortega
Ortega is a longtime member and previous Marshal of the Rangers. They were partners with the protagonist when they were still working as Sidestep, being their closest friend.
Dr. Mortum
A scientist the Protagonist is paying to build their new armor.
Steel
Wei Chen, also known as Steel, is a longtime member and current Marshal of the Rangers. He and the protagonist never got along.
Herald
Herald is the newest member of the Rangers. Despite his seemingly amicable personality, the MC shows a distaste towards him.
Lady Argent
A superhero who joined the Rangers sometime after Sidestep's 'death'. She's the least press-conscious of the team.