open/close all folders
The Moss Family

The de facto head of the family. An entomologist from Australia, he becomes Matilda and Genevieve's legal guardian following the death of their father Darren. Since he's immature and self-absorbed, there's a bit of a learning curve. 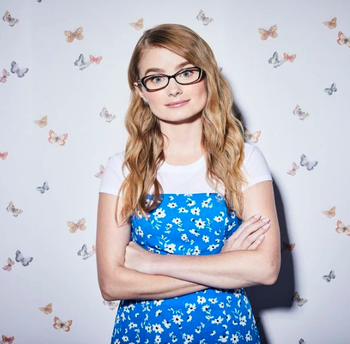 Nicholas' half-sister, and Genevieve's biological sister. A teenage autistic piano prodigy, she aspires to go on to the Juilliard School when she graduates high school.

Nicholas' half-sister, and Matilda's biological sister, and the youngest child of the Moss family. Having grown up in the shadow of her older siblings, she is the most jaded member of the family.

Played by: Christopher May

The Moss family's late patriarch. A womanizer, he cheated on Nicholas' mom and produced Matilda, and later Genevieve. He dies of cancer in the first episode.

Nicholas' mother, and Darren's first wife. Still living in Australia, she calls her son up every now and then.

Matilda's classmate, and later her wife. Like Matilda, she is autistic, but is much more aware of her limitations.

Genevieve's best friend, and kind of a jerk.

Genevieve's classmate, and later her boyfriend.

Matilda's classmate. He has a crush on Matilda, but has been repeatedly rejected by her.

A hunky jock on the football team. Matilda has a crush on him early in the first season.

Nicholas' long-suffering boyfriend. Though he's handsome and in training to be a dentist, he has a desperate need to be liked, which causes him to be drawn into the Moss family and their insanity.

The special-ed teacher at Matilda and Genevieve's high school.