Characters / Ever After High The Royals

Students who believe destiny has the final word. 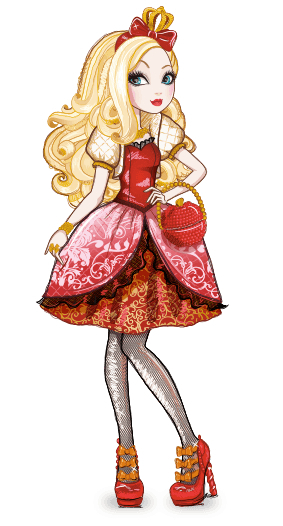 "The most fabulous one of all"
Voiced by: Jonquil Goode.

Daughter of Snow White. One of the two protagonists and the main Royal to Raven's Rebel. Destined with, seemly, the best legacy ever after, Apple is the most interested in Raven following the script as their roles are deeply connected and her Happily Ever After literally depends on the other doing her part. 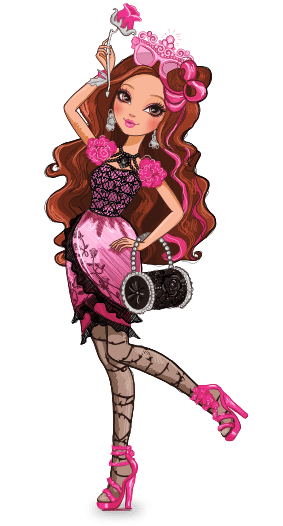 Daughter of Sleeping Beauty, and Apple White's best friend. As she knows she'll be spending a hundred years or so asleep in her tale, she's living it up as much as possible till then, by constantly throwing parties, and doing things she's never done before like jumping out windows on a whim. While still technically billed as a Royal, she is more of a Rebel, and would like to avoid her destiny if possible.

Older brother of Prince Dexter and Princess Darling Charming. He is an accomplished and handsome hero who prides himself on always saving the day. Don't let his vain personality fool you, he may talk your ear off on how great he is but underneath it all he is a good guy and a gentleman. 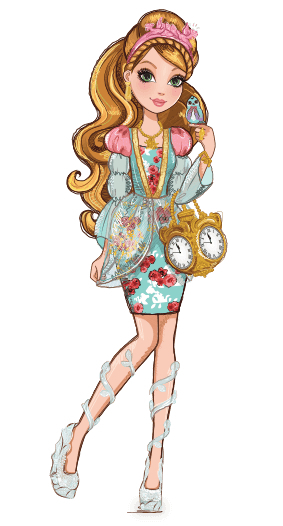 Daughter of Cinderella, who owns and operates her own shoe store. Almost exactly like her mother, except for her crippling addiction to shoes. Secretly dating Hunter Huntsman, a Rebel, until they made their relationship public in the "True Hearts Day" special. Becomes a Rebel herself at the end of the special. Despite this she's also still technically billed as a Royal. 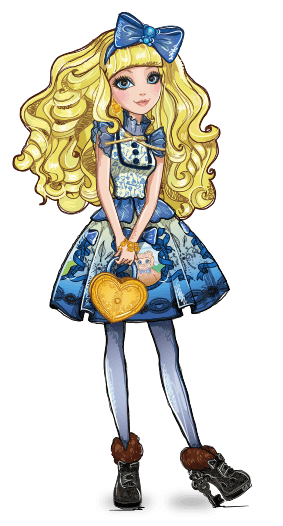 Daughter of Goldilocks. Acts as the schools resident gossip expert and social media mogul. Extremely indecisive and lacks respect for other people's privacy and personal belongings. 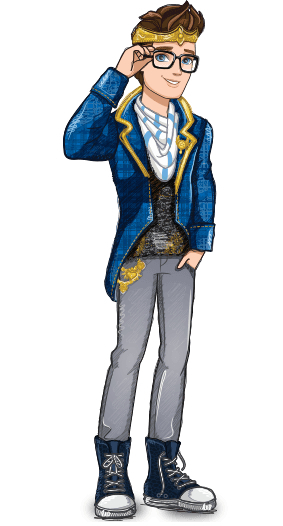 Daring Charming's younger brother, and Darling's twin. Constantly suffers in the shadow of his brother's achievements. 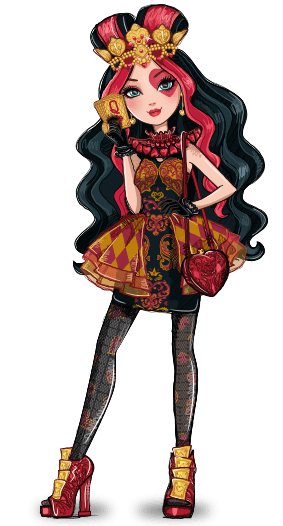 Daughter of the Queen of Hearts. While in public eye she appears to be short-tempered and rude, she's acually a sweet girl. Her mother has lost her mind — even more than usual, that is - because of the Evil Queen meddling in Wonderland, and caused something terrible to happen, sealing off their world. 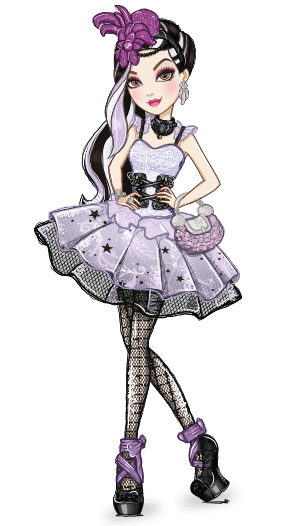 Daughter of Odette, the Swan Queen. Only barely a Royal because she wants the happy ending her story denies her, but not a Rebel because she gleefully mocks anyone else who doesn't want to follow their story; she loves being a princess, but she wants to be loved and respected for it, not left alone. She despises Apple and wants to take her place as the most popular girl in school, but hates Raven too for being a disgrace to Evil Queens. 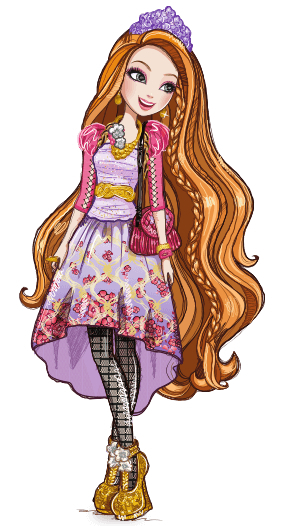 Daughter of Rapunzel and Poppy's twin sister. Even when it was revealed that Poppy is the firstborn and supposed to become the next Rapunzel, she still wants to follow her legacy.

Daughter of the Dark Fairy from Sleeping Beauty. Despite being daughter of a villain, Faybelle is more than excited for her future and embraces evil with gusto.

The daughter of the White Rabbit, who did not escape Wonderland during the evacuation. She appears in Spring Unsprung with Alistair Wonderland, and later applies to Ever After High.

The son of Alice herself. He was among the Wonderlanders who did not escape to Ever After, so he doesn't actually attend Ever After High. He appears in Spring Unsprung with Bunny Blanc, where they travel to Ever After to return the Storybook of Legends. Following the special, he applies to EAH. 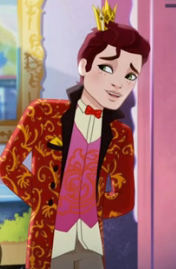 Voiced by: Cam Clarke.
Son of the Frog Prince. Blessed with quite a way with words, cursed with social awkwardness and turning into a frog whenever he gets tongue-tied and a complete and absolute obliviousness to the differences between frog life and human life.
Justine Dancer 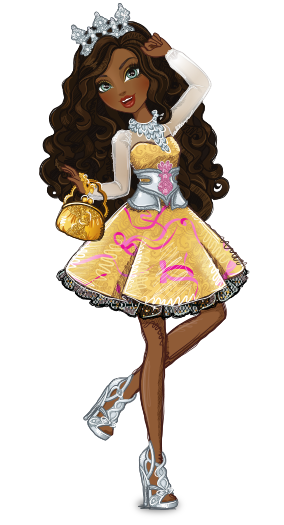 Daughter of the Twelve Dancing Princesses (the 12th one, anyway). Justine is a confident and passionate dancer who has something of a friendly rivalry with the franchise's other dancer, Duchess Swan. Her dream is to open her own dance studio after her story ends.

The daughter of Cinderella's Fairy Godmother, Farrah can grant wishes, albeit very specific ones mostly related to outfits. This comes in handy for her, seeing as she wants to have a career in fashion after her story ends. Suitably enough, Farrah is friends with Ashlynn Ella, according to her profile.