The main antagonist. Once a disgraced military official following Holland's defection, he ultimately seizes control over the United Federation Forces so he can lead a crusade to destroy the Coralians at all costs.

Hi-Evolution reveals Dewey was not always a bad person at heart, but after witnessing the planet nearly wiped out, he lost faith in what little was left and rejected the pathetic state of the world afterward. Feeling entitled to better, Dewey began a crazed effort to shape a better world without care for how much worse he made it on the way there. 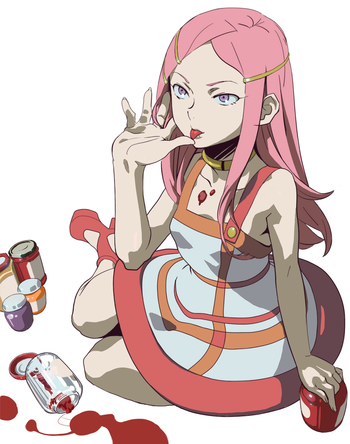 Pilot of the Federation LFO, Nirvash typeTheEND. Prone to violent mood swings that can only be controlled through the use of sedatives, she refuses to listen to anyone other than Dewey. Owns a strange badger-like pet named Gulliver.

An elite officer in the U.F. Force and Dewey's confidant. He also has the unenviable job of looking after Anemone who, despite being on the receiving end of a very abusive relationship with her, he is actually fond of. 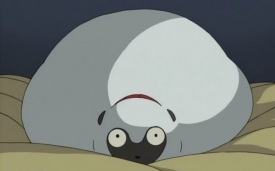 A group of specially-trained children who answer directly to Dewey.

Captain of the Federation flagship Izumo.