Adventurers from around the world who've come to Maginia to explore Lemuria and the local Yggdrasil.

Etrian Odyssey I and Untold Classes

Protectors are knights who shield their allies from harm with their heavy armor and shields.

Medics are top-class healers, ready to take on any injury or ailment that befalls their allies.

Ronin are master of foreign blade arts that revolve around stances.

Survivalists use their experience with nature to better traverse the dangers of the labyrinth.

Highlanders are fierce warriors who sacrifice their own health to strike their foes down.

Gunners are marksmen who strike enemies from a distance with their powerful firearms.

War Magi combine their magical knowledge with the might of the blade, able to heal, afflict, and attack.
Etrian Odyssey III Classes

Sovereigns are armored royals who inspire their allies by healing and strengthening them.

Ninjas are versatile fighters trained in the art of the ninja.

Zodiacs study the stars and use their mystical knowledge to utilize the elements.

Farmers may not have much to contribute to battle, but they excel at gathering natural materials from the labyrinths they visit.

Shoguns are skilled tacticians and generals who are also highly capable fighters.
Etrian Odyssey IV Classes
Note: The fourth and final class in this folder is a Late-Arrival Spoiler for Etrian Odyssey IV.

Landsknecht (Legends of the Titan)

Nightseekers are shadowed assassins who use their knives to drain their opponents' strength before going in for the kill.

Arcanists are powerful magic users from a race of people dedicated to guarding the Yggdrasil tree in Tharsis. They set up magical fields to afflict their opponents and can use them to attack or heal.

Imperials are the royal guard of the Empire of Yggdrasil, wielding powerful mechanical swords that overheat with use.
Etrian Odyssey V Classes

Harbingers fight with wicked scythes, utilizing a magical miasma to defend or afflict.

Pugilists prefer to do things the old-fashioned way, using their fists to fight.
New Classes

Heroes are a new class hailing from the floating city of Maginia. They can fill most any role, whether attacking, defending, or supporting.

A subclass of sorts unlocked through a special in-game event, usable only by equipping a one-of-a-kind accessory. 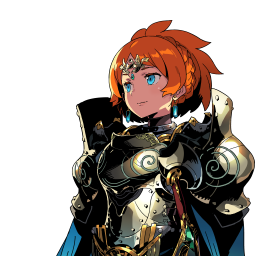 Persephone is the princess of Maginia. She heads up the expedition headquarters and is the one who sent out the call for explorers to come to seek the treasure of Lemuria. 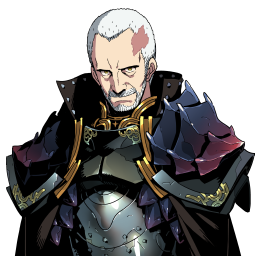 Mueller is a calm and sometimes stern member of the Maginian army and leads the adventurers' guild. 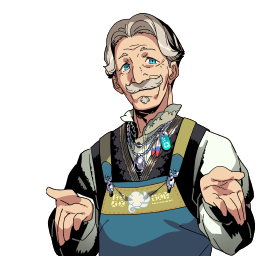 Kvasir operates his own tavern in town and has a penchant for telling tall tales. 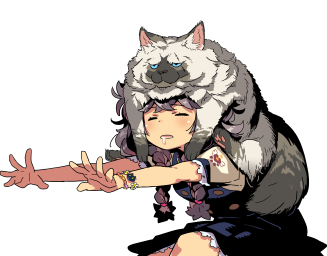 Vivian works at the front desk of the Lady of the Lake Inn, but only because her parents make her. Her cat Merlin "helps." 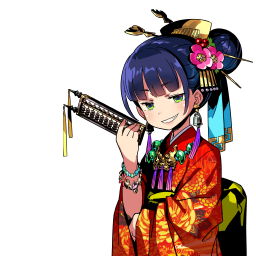 Napier is a shopkeeper from Armoroad who jumped at the opportunity to move where the money from explorers was going. 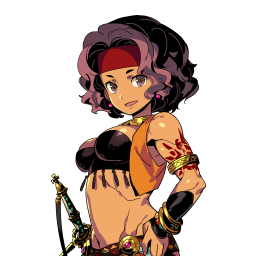 Wiglaf is an adventurer hailing from Tharsis, where she led her own guild. 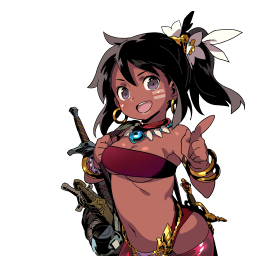 Shilleka is a shopkeeper from Etria who was brought in for her knowledge of the Primitive Jungle. 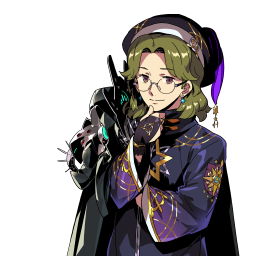 Marco is a part of a guild with Oliver. He is thoughtful and cautious as he explores the labyrinth. 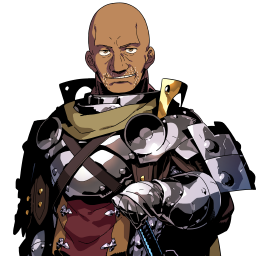 Oliver is a part of a guild with Marco. He's lively and sportive and a little wild. 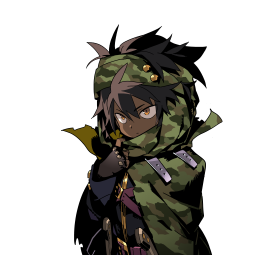 Rob is a quiet and intense young man who's concerned for Charis. 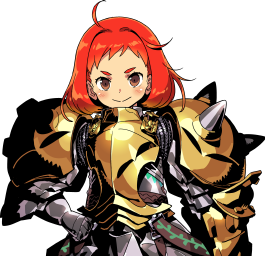 A cheery adventurer with potential to grow who worries about Rob. 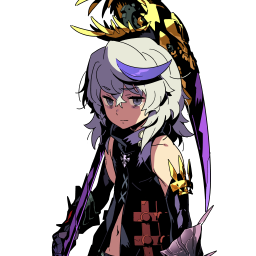 Leo is a glum and blunt kid who's exploring the labyrinth on his own. 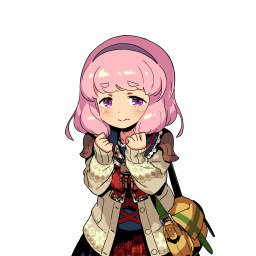 Birgitta is a novice adventurer who gets involved with the party in the early stages of the game. 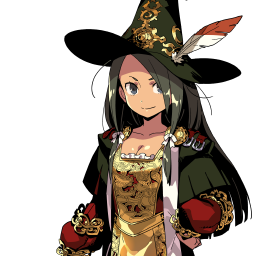 Artelinde is a member of the esteemed Guild Esbat from High Lagaard, currently employed as a scout for Enrica. 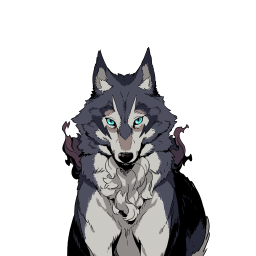 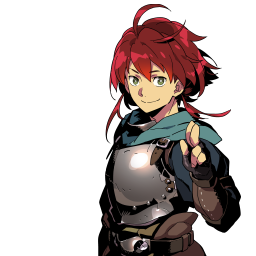 Blót is a cheery and sociable adventurer seeking the lost treasure. 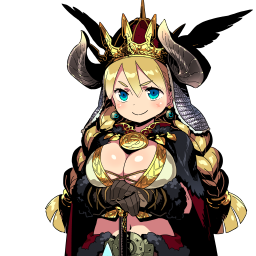 Enrica is the "The Seafarer Princess" and leader of their exploration group.

Like Conrad from Beyond the Myth, Kincaid serves as a placeholder for certain Adventure episodes when the player lacks any other Guild Cards to use.
Lemuria (Spoiler Alert) 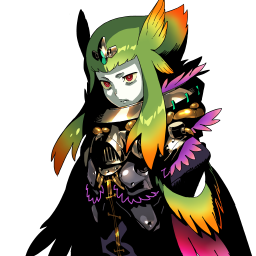 Makiri is the leader of the Lemurian Forest Folk. 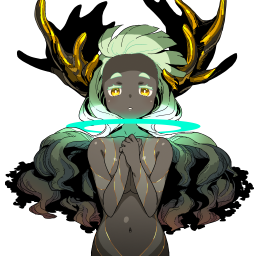 The princess of the royal family that founded the nation.

The true treasure that sleeps at the base of Lemuria's Yggdrasil. Jormungandr is a Living Weapon developed by the Lemurians as a defense system against invaders.