These are the characters that appear in Eternal Darkness: Sanity's Requiem, and the year in which their chapters are set if applicable. 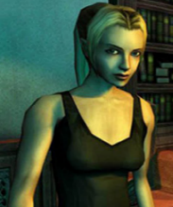 "Well, you'd better find out who did this. I'm not leaving Rhode Island until you do."
Voiced by Jennifer Hale

A college student majoring in abstract mathematics at a Washington university. She is called early one morning and informed of her grandfather's murder in Rhode Island, immediately setting out to investigate the cause of his death. 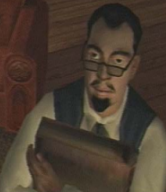 A Legacy of Darkness

"The Guardians grow restless. Their time once again near. Whether by fate or misfortune, my family has crossed their path...and they didn't take kindly to it."
Voiced by Neil Dickson 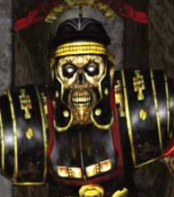 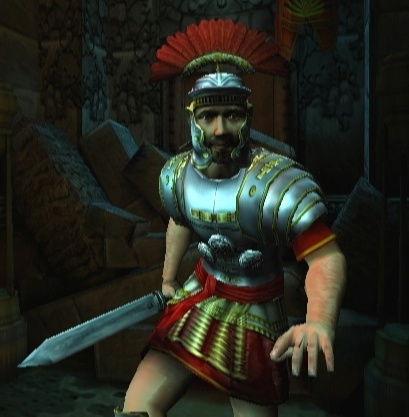 to see Pious before becoming the lich

"Face me and you shall surely perish."
Voiced by Richard Doyle

A Roman Centurion tasked with locating a magickal artifact for his emperor. Upon finding it within the Forbidden City, he is corrupted and becomes a lich, allied with one of the three Ancients who seek to dominate the planet. He spends the next two millennia preparing a summoning spell to bring his Ancient to this dimension. 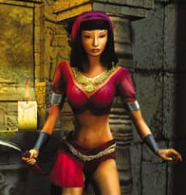 The Binding of the Corpse God

"I only wish something that fantastic and of higher purpose could happen to me."
Voiced by Kim Mai Guest

A young Khmer slave girl who longs to be part of something greater after reading what she believes are just myths and tales from the Tome. She finds herself trapped within a temple and searches for a way out. 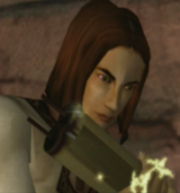 "What sorcery is this?! A spell? I am bewitched! If this was meant for Charlemagne... then what will become of him?! I have to warn him of this treachery!"
Voiced by Cam Clarke

A Frankish page who is tasked with delivering an urgent message to Emperor Charlemagne. Driven by curiosity to read the scroll himself, he sees that it contains a curse which gradually corrupts him. He takes it upon himself to warn the emperor of the plot against him. 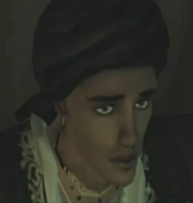 The Gift of Forever

"The things I do for love..."
Voiced by Rino Romano

A Persian warrior who is sent to find an artifact to present to his beloved Chandra in return for her affections. Like Pious, he finds himself transported to the Forbidden City, guided into its depths towards the remaining artifact. 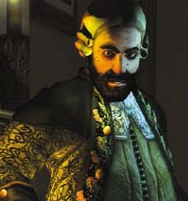 "Dear god, I had to do it...had to..."
Voiced by Michael Bell (during his chapter) and William Hootkins (autopsies narration)

A wealthy doctor living in colonial Rhode Island and the ancestor of both Edward and Alex. He inherited the Roivas mansion from his father Aaron. He has become quite eccentric in his later years. 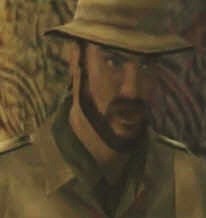 A Journey Into Darkness

Pious: You are a scholar Dr. Lindsey, not a warrior.
Voiced by Neil Ross

An archaeologist who has recently made a breakthrough using satellite imaging to discover a temple mound in Cambodia. He sets out to investigate it, funded by a benefactor named Paul Augustine, who double-crosses him, revealing himself to be Pious in disguise. Lindsey explores the temple for clues to Pious' whereabouts and plans. 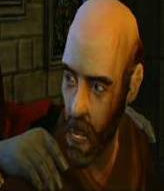 "I managed to find remnants of his journal and it all points to Augustine's involvement with a paganistic cult operating inside the Cathedral!"
Voiced by Paul Eiding

A Franciscan monk who has traveled to Oublié Cathedral to view a holy relic, the Hand of Jude. A priest named Phillipe Augustine (another alias of Pious) has him detained as a suspect in a murder; Paul sets out to prove his innocence with the help of a custodian. 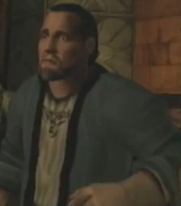 "The foundations are infested! Demons and devils! Many lives will be lost if you try to build there!"
Voiced by Phil Proctor

A Venetian artist and architect who was captured by a warlord during his travels abroad. He is being forced to survey the Forbidden City's site if he has any hopes of being freed. 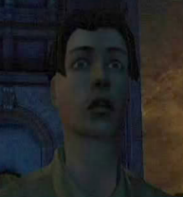 A War to End All Wars

"...And that was how I came by it. I know it sounds crazy but there you have it."
Voiced by Michael Bell

A wartime reporter researching the Battle of the Somme from the front lines at Oublié Cathedral, which he learns has a far more sinister history than a church/field hospital should have. 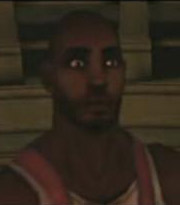 "The Guardians know where I am and I won't last the night. But that's not the point..."
Voiced by Greg Eagles

A Canadian firefighter that works on extinguishing burning oil fields. His team is killed in a violent explosion, and he is knocked through a layer of rock and finds himself in the Forbidden City. 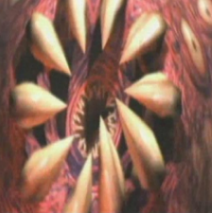 The "Corpse God", Mantorok is a force of pure Chaos. Its powers are supreme over all three Ancients, and its energies are tinted purple. 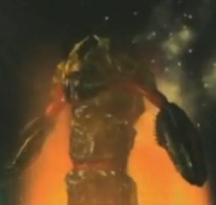 "It is of no matter, for the power I will wield on my return will crush all that oppose me."
Voiced by Greg Eagles

The Ancient who presides over physical strength and matter. His essence is a claw-shaped idol, and his powers are tinted red. 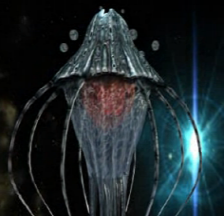 "The Universe is a yawning chasm, filled with emptiness and the puerile meanderings of sentience."
Voiced by Richard Doyle

The Ancient who presides over magick and dimensional planes. His essence is a translucent idol in his image, and his powers are tinted blue. 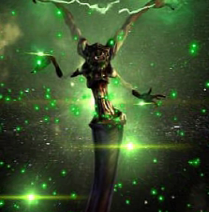 "He lies...as do we all."
Voiced by Jennifer Hale and Kim Mai Guest

The Ancient who presides over the mind and sanity. Her essence is an idol with wing-like accessories, and her powers are tinted green.