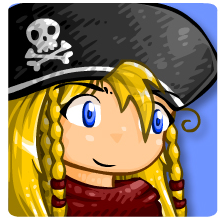 Matt, as seen in Bullet Heaven 2

A long-haired Cool Sword-wielding warrior, and the primary male protagonist of the series. Willing to eat just about anything, and is more than a bit of an Idiot Hero, though he improves on that last part some in 4. 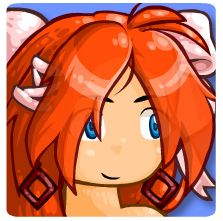 Natalie, as seen in Bullet Heaven 2

Matt's red-headed, spell-casting partner, and the primary female protagonist of the series, until she's usurped in this role by Anna in 4. Tries to be the party's voice of reason, but she's ignored more often than not. 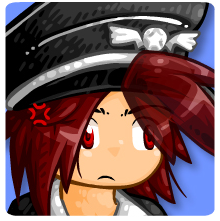 Lance, as seen in Bullet Heaven 2

The Big Bad of the second game, a well-meaning Neo-Nazi-esque warlord with enough More Dakka to make the U.S. army blush. After being defeated in battle by Matt and Natz, he turns out to be not such a bad person after all, and is a playable character since 3. 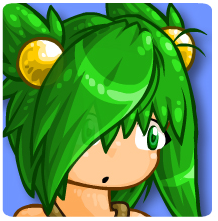 Anna, as seen in Bullet Heaven 2

The initial Player Character of the fourth game, a no-nonsense Forest Ranger of sorts who sets out to track down the other three protagonists after the Mineral Macguffin in her hometown is stolen. 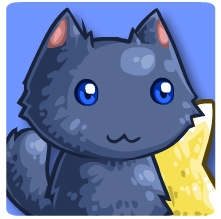 No Legs, as seen in Bullet Heaven 2

All spoilers in the following entries are unmarked.

A battering ram fielded by the cats to stop Natalie and Matt from leaving their kingdom.

A mech guarding one of Lance's facilities.

A rock golem wielding both fire and ice.

An enormous desert worm that attacks with deadly poison.

A two-headed zombie dragon that doesn't take death lying down.

Lance's ultimate weapon, the Valkyrie is a powerful super-tank with a veritable arsenal built in.
EBF3 Bosses

A robotic jack-o-lantern, and the boss of the Vegetable Forest.

One of Rock Lake's denizens, made hostile by Akron's influence.

A woolly mammoth that bars the path in Glacier Valley.

An ancient Magitek robot built by the cats to guard their civilization, the Protector still roams the ruins of the Kitten Kingdom.

An enormous, three-headed fire dragon found at the end of Volcano Peak.

Not a boss in its debut game, but might as well have been. A mysterious and otherworldly machine capable of distorting space, the Cosmic Monolith is a formidable opponent.
EBF4 Bosses

A large, wooden treant-golem that serves as the guardian of Ashwood Forest. He fights the party as the first boss to test their strength.

A golem made up of various crystals blocking the way to Whitefall Town.

A top-secret prototype military weapon made within the Waste Disposal Facility.

A large, man-eating plant responsible for the hostile plant life in Lankyroot Jungle.

A computer virus that somehow gained a physical form and is responsible for everything wrong in the Waste Disposal Facility.

A powerful cyclops blocking the way to the Ice Cave.

An upgraded version of the Valkyrie tank, fought at the Iron Fortress.

A strange, misshapen tree-house filled with cats, found in the Mystic Woods.

The god of the seas, he wants vengeance on humanity for polluting the sea and is fought at the Frozen Valley.

A small, recurring knight who fights the party several times. Is actually a girl despite appeareances.

Jotun's twin sisters, fought at the end of the first bonus dungeon.

A hovertank that has gone rogue and drilled the Underground Maze, for which it is the boss. It is apparently a prototype to Lance's Neon Valkyrie.

An evil, apparently undead tree filled with regular, not undead cats. Found at the end of the third bonus dungeon.

The god of volcanoes and a brother of Poseidon. Does not react well when he finds out you killed/captured his brother.

A hydra made of ice that is found in the same dungeon as Vulcan.

A strange-looking cat-like being who's fought in a glitched area at the Forgotten Temple.

Matt's "Evil Player" counterpart, a golem with an appetite surpassing his original's.

Lance's "Evil Player" counterpart, a robot that acts purely on logic and efficiency.

Anna's "Evil Player" counterpart, a demonic huntress whose next mark is the party.