The protagonist and an officer of élDLIVE. He was at first unwilling to join but eventually grew to embrace his job. He also has a symbiotic alien named Dolugh growing out of his chest.

An officer of élDLIVE and Chuuta's teammate/classmate. Though she may look sweet, she is very capable of putting down people, mostly Chuuta. She has memory problems.
Dolugh 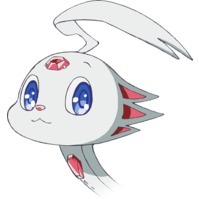 A Monitalien (an alien designed to collect information) that chose Chuuta to be its host a long time ago. He was the voice that Chuuta only heard until he revealed his form during the élDLIVE admission test. He and Chuuta work together to attack criminals using "Sympathy", a SPH technique where Chuuta visualizes the attack and Dolugh creates it.
Chips 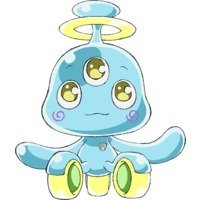 A small blue alien who brings Chuuta to élDLIVE in the first place.
Veronica

The leader of Division 5 of the Criminal Investigation Department. She's friends with Misuzu and Ninotchka, but constantly fights with Misuzu because of their rivalry.
Ninotchka

An officer in Division 5 of the Criminal Investigation Department. She's friends with Misuzu and Veronica, and is the one to keep the peace whenever they fight.

A famous scientist being protected by élDLIVE. He's 500 years old, but his youthful appearance is due to body reconstruction surgery. He stays in the Solar System branch in order to study Chuuta and Dolugh. He has a connection to Misuzu because she used to be a subject in his SPH organ transplant project.

Head of the Criminal Investigation Department

The person in charge of the Investigation Division. However, he has only been mentioned a few times in Season 1, because according to Rein he was out on business. Season 6 reveals that He's actually in a frozen sleep in a tank hidden deep inside the Solar System Area station, only to be thawed out by a signal sent from Laine's eye.

Captain of a Demille ship and one of Chuuta's childhood friends.
Heaven Sider

The leader of the group. He's looking for a "blueprint" for unknown reasons.

A member of the group. An alien who can change sex depending on the environment, she's currently (as of Season 7), a woman.

Chuuta's aunt. She's his guardian ever since his parents died.
Tateyan