This is the list of characters of El Chavo del ocho. 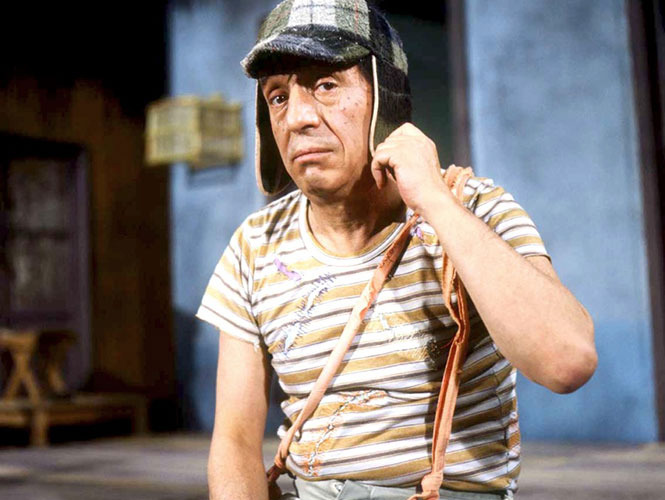 El Chavo is an orphan and the main character of the series. Chavo's real name is not known; "Chavo" is a Mexican Spanish slang for "kid". He spends most of his time inside an abandoned barrel that he calls his "secret hideout", and has a craving for ham sandwiches. 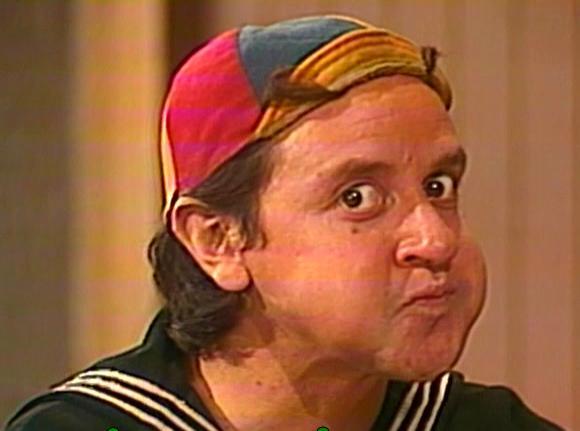 Quico is a spoiled, greedy, overprotected boy, son of Doña Florinda and a late naval captain (also named Federico), who reportedly died when his vessel was attacked and he was eaten by a white shark. Arrogant, manipulative, and envious, Quico always wants to draw everyone's attention to himself, either by screaming loudly or by showing off his newest toy. Partially due to his mother being a Fallen Princess, he believes that he and his mother are superior to everyone else in the neighborhood, to whom he calls "chusma" ("riffraff"), namely Chavo, Chilindrina, and Don Ramón. However, Quico has proved many times to be a good kid deep inside and Chavo's best friend, often assisting him in his acts. 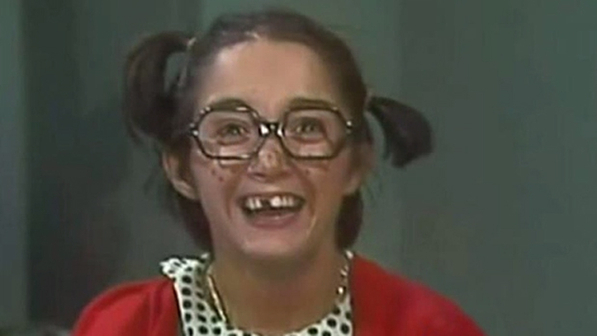 La Chilindrina is an intelligent and mischievous girl who likes to take advantage of her slow-witted friends to play pranks on them and take their toys or snacks. In most episodes, she is seen to have a crush on Chavo, and can be jealous when she sees him with Paty. 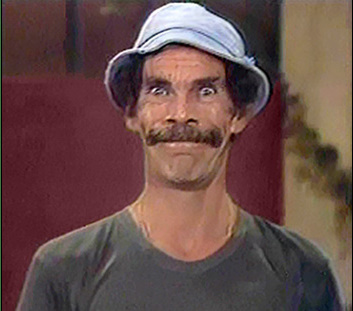 Don Ramón is Chilindrina's father, an unemployed widower. His greatest aspiration seems to be living an uncomplicated life and to (just barely) make a living doing odd jobs. He is constantly hounded for the rent, which he has neglected to pay for fourteen months, while on the verge of eviction from Señor Barriga. Almost always unintentionally clashes with Doña Florinda, whose response to any imposition on her lifestyle is a loud slap on his face. His very lanky, nearly emaciated build tends to be the butt of jokes by the kids. 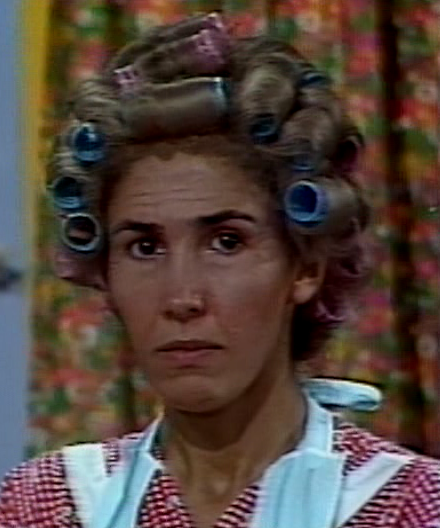 Doña Florinda is the mother of Quico and love interest of Professor Jirafales. She is a widow; her late husband, after whom Quico was named, was a naval officer who died at sea. She deluded herself into believing she's socially, morally and economically superior to her neighbors (and it is suggested that at one time she was well-off), and she tends to give orders to the others. She is so fiercely protective of Quico that whenever he is upset, she'll beat up Don Ramón without seeking explanation. In fact, a recurring gag in the series is that she unfairly accuses him of "attacking" Quico and goes to slap him, even when he is not present in the scene (when Carlos Villagrán left the show, thus concluding Quico's presence in the vecindad, she still slaps Don Ramón, this time due to Don Ramón laughing loudly whenever a rude comment is directed towards her, mostly coming from El Chavo). She is easily recognized by the fact that she always keeps her hair in curlers (except in some early episodes), even at work or on vacation in Acapulco. In later episodes, she opens a restaurant. 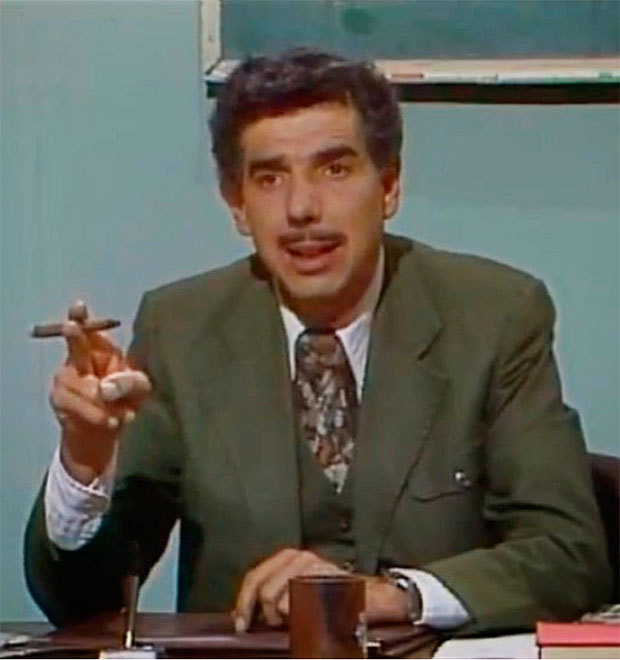 Profesor Inocencio Jirafales is a school teacher, and as such highly educated. He carries on a ludicrously innocent relationship with Doña Florinda. 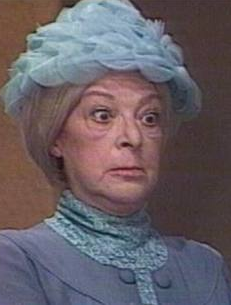 Doña Clotilde is a senior citizen. Because she is old and somewhat eccentric, the kids think she is a witch, and refer to her as "La bruja del 71" ("The Witch from (Apartment) 71"). Some of the adults also refer to her as that, often by mistake, due to the kids' frequency in calling her that. She refers to herself as "señorita" ("Miss") because she has never been married, which also she gets upset by when called "señora" ("Mrs."), meaning that she is a married woman. She is a single woman, thirsty for love, and frequently seeks it by chasing after Don Ramón. 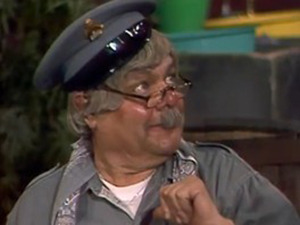 A sociable but forgetful and negligent postal worker who appears in a few of the last episodes and takes over for Don Ramón in the Chavo segments on the hourlong Chespirito. Whenever he enters the vecindad, he is seen carrying an old bicycle, which he cannot ride because he couldn't learn (and he'll be instantly dismissed if he tells at the post office he doesn't know how to ride the bicycle). Jaimito also is rather lazy and tends to avoid carrying out tasks with the excuse of "avoiding fatigue". 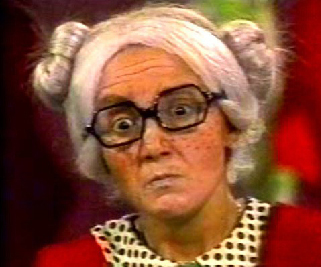 Chilindrina's great-grandmother, and Don Ramón's grandmother. Has character traits of both Don Ramón and Chilindrina. In some late Chavo episodes and early Chespirito episodes, she also takes over for her grandson Don Ramón. Was later phased out due to her interactions with her great-granddaughter Chilindrina requiring Chroma Key due to being played by the same actress. 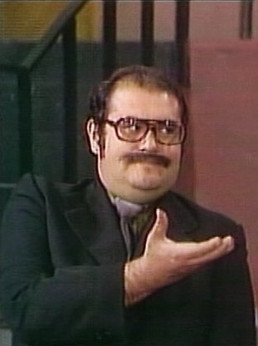 The landlord of the vecindad. He rarely succeeds in collecting rent from Don Ramón and is greeted upon his every arrival by being (accidentally) kicked, tripped, beaten, or hit by a flying object thrown by El Chavo. 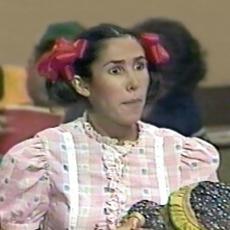 Doña Florinda's niece and Quico's cousin. Cutesy and dumb, Popis was usually only present in schoolroom scenes until after Quico left the series, when she filled in for his character. She would frequently say "Acúsalo con tu mamá" ("Tell on him/her with your mom"). Whenever she says or does something wrong, she blames it on her doll, Serafina, which she loved as a daughter. She fills in for Chilindrina in the animated series, as Chilindrina never appears or is mentioned in the series. 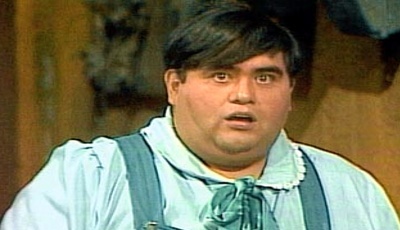 Señor Barriga's son, he is as fat as his father, and thus is always the butt of the classroom's fat jokes. He is well-studied and good-hearted, but like most of the other kids, naïve and could sometimes let his well upbringing get the best of him.

A kid who mostly appears in the school episodes, trying to dodge questions in the classroom. 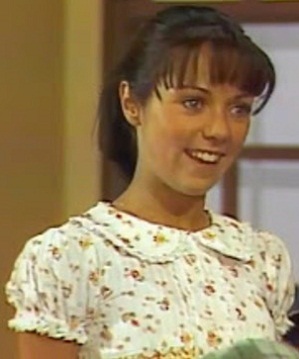 Patricia Jiménez, more known as Paty, is a girl who, alongside her aunt Gloria, moves into the upstairs apartment. She is considered to be very beautiful by the boys of the vecindad, who immediately fall in love with them, while the girls get jealous of her.

Paty's aunt Gloria. Like her niece, she is considered to be very beautiful and the men of the vecindad immediately fall in love with her, while the women get jealous of her. 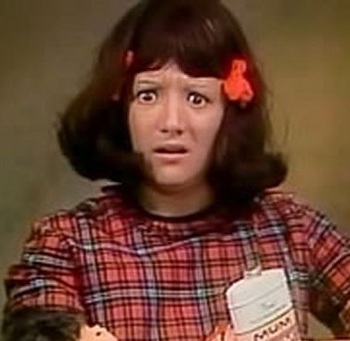 A suspicious man who lives in the vecindad. He turns out to actually be a thief, and his felonies are charged to Chavo by mistake, which results in everyone in the vecindad accusing Chavo of theft, causing him to temporarily leave the vecindad. While he never does confess the robberies himself, he ultimately returns the stolen objects, restoring Chavo's innocence towards his neighbors. 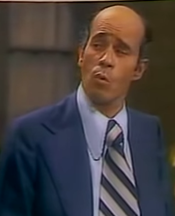 When El Señor Barriga finds out his heart is not working properly and that he needs to leave near the sea for his health's sake, he decides to sell the vecindad. El Señor Calvillo (or Barbadillo, in the 1982 and 1986 seasons) is a businessman that plans to buy the vecindad, but he meets resistance in the main cast, who prefer El Señor Barriga, even before knowing his intentions.

El Señor Calvillo is replaced by El Señor Barbadillo in the two remakes of his two-episode arc, "El Señor Barriga vende la vecindad", and by Rufino Malacara in the animated series. 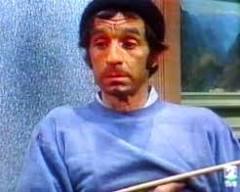 Don Ramón's cousin, who took his place in one episode of the 1975 season. 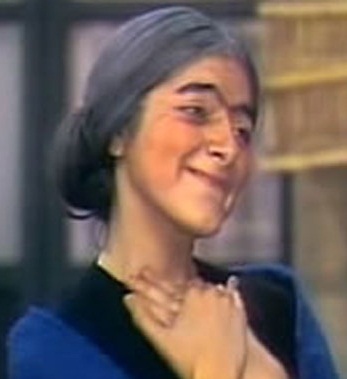 Appeared only in two 1973 episodes, living in the upstairs apartment of the vecindad. Except for dressing differently and living in a different apartment, she acts exactly the same as Doña Clotilde, right down to her heavy-handed flirting with Don Ramón, with the kids even calling her "La loca de la escalera" ("The Crazy Lady Upstairs"). Much like Malicha, after those two episodes, Doña Clotilde is back and Doña Eduviges is never mentioned again. 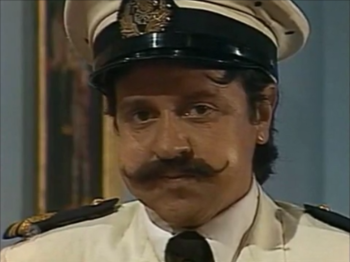 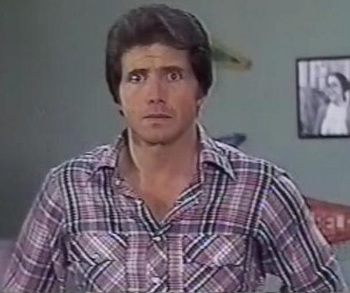 Héctor Bonilla is a Mexican actor who appeared As Himself in one episode in which he visited the vecindad.