Characters in 18if. Work in progress.

The protagonist. A boy trapped in the world of dreams, Haruto must follow the instructions of both Lily and Professor Kanzaki to return to the real world. 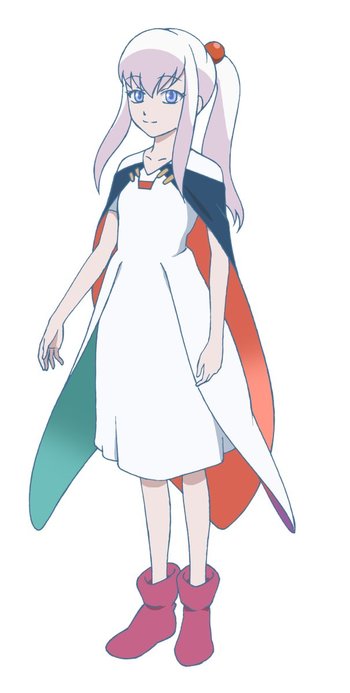 Click here to see him in the real world

A scientist who investigates the dream world to find a cure for his sister Yurina, one of the Witches.

Yuko Sakurabe / The Witch of Thunder

A Witch that stalks a trio of high school boys who killed her family and got away with it.

A girl who suffers a terminal disease. After meeting Haruto in the dream world, she becomes the third Witch and develops feelings for him.
Airi Kojima / The Witch of Gluttony

The fourth Witch. Airi is an amateur model who was dumped by her boyfriend over a slimmer underclassman model. She gained an eating disorder following this.
Mirei Saegusa / The Witch of Ordinariness

A former ice skater who develps Sleeping Beauty Syndrome after losing a major competition. In her dreams, she simply wants to have a normal life.
Natsuki Kamikawa

An otaku and bullying victim who uses her dreams as a way to escape her torments in real life and live out her fantasy as an anime heroine.
Nene Higashiyama

A girl who plans to punish her friend Pol's betrayal by destroying his kingdom.

A deaf-mute girl who got buried underneath rubble after an earthquake.
Misaki / The Witch of Youthful Beauty

An Idol Singer who almost got killed by a Loony Fan and fell into the dream world.
Hanako Sumitomo

A famous blogger who refuses to escape from the dream world.
Yurina Kanzaki

Professor Kanzaki's sister and the last Witch. Fomerly an idol the same as Misaki, she contracted the Sleeping Beauty Syndrome and became the last Witch protecting Eve.

Yes, that Eve. After being cast out of Paradise, Eve felt into a deep slumber that supposedly created the world and humanity. If she awakens, it would mean The End of the World as We Know It.