Characters / ef - a fairy tale of the two.

Character sheet for ef (A Fairy Tale of the Two, A Tale of Memories, and A Tale of Melodies). 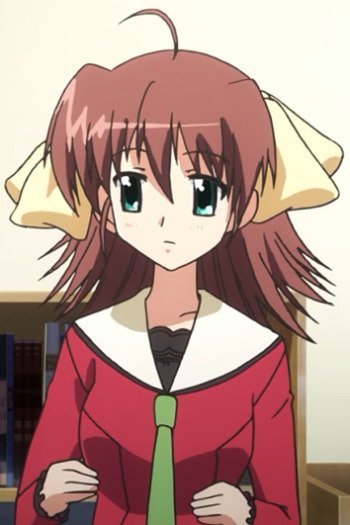 A seventeen-year-old student in her second year at Otowa Gakuen, the main heroine of the game's first chapter and one of the main characters of the first anime series. Miyako is zany, cheerful, and never stays on one topic for too long; she's also almost always smiling. At school, she's known as a delinquent who's always skipping class, but actually she's the top student in her grade! Miyako meets Hiro on Christmas Eve, and borrows his bike in order to chase after a thief who stole her purse. When the two of them meet at school a month later, they begin to fall in love.

Despite her outward demeanor, Miyako is actually fairly lonely, and carries emotional scars from the messy, bitter divorce of her parents, followed by them abandoning her to her luck. She tries to live her life so as not to be tied down by anything or anyone, but deep down, she badly needs and wants love. 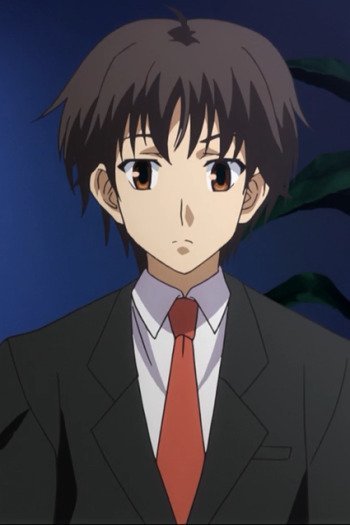 A seventeen-year-old student at Otowa Gakuen. He comes from a family of artists, and has loved shoujo manga since he was a kid. Unbeknownst to his classmates, he's actually the author of a serialized shoujo manga. Unfortunately, his job requires more of his attention than he can spare, and he's nearly failing school because of it. He's been friends with Kei since they were very young.

He has severe tendinitis in his right arm, which he cannot treat properly because of his job. Because of this, he is slowly losing use of that arm, the worst fear of every artist.

Hiro is the protagonist of the first chapter of the game, and one of the main characters in the first anime series. His birthday is the ninth of September. 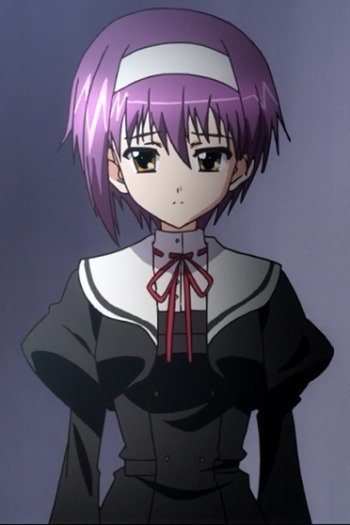 A sixteen-year-old student at Otowa Gakuen, and Hiro's childhood friend. She was the one who originally got him into manga, and she's had a crush on him for a while. Despite only being in her first year, Kei is the star of the basketball team, and has incredible athletic skills. She talks like a guy around Hiro, and takes it upon herself to take care of him (read: beat the living crap out of him if he slacks off at school).

Kei finds it very difficult to be honest with herself, probably due to her own Tsundere nature. She has a twin sister named Chihiro, who's also an important character.

Kei is the heroine of the second chapter of the game, and one of the main characters in the first anime. After a failed attempt at wresting Hiro's affections away from Miyako, she winds up in a reluctant romance with Kyousuke; for a long time, she is hesitant to love again because losing Hiro has given her a fear of abandonment. She's 150 cm tall, and her three measurements are 76-55-79. Her birthday is June second. 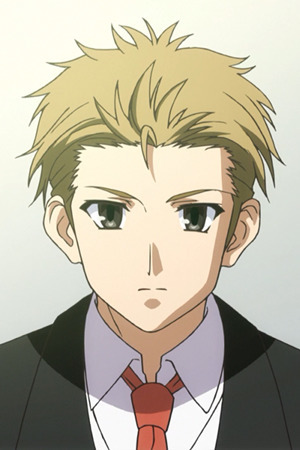 A seventeen-year-old student in the same class as Hiro. The two of them are best friends and occasionally best enemies. Kyousuke is a renowned playboy, but finds himself getting stuck on Kei in the second chapter of the game, in which he's the protagonist. Kyousuke also happens to be a devoted member of the school's film club, and has serious aspirations buried under his slacker's appearance.

During Christmas break, he saw Kei in passing and got slightly obsessed with her; eventually, he decides to quit the film club and make an amateur film starring her for an upcoming film festival. Along the way, they fall in love. His birthday is November 29. 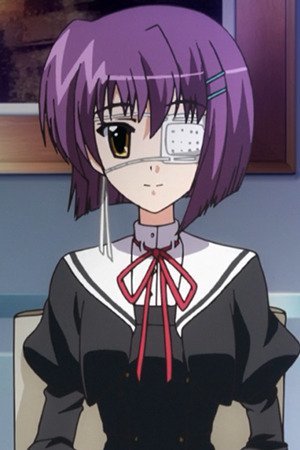 Kei's twin sister. Although she's often seen in uniform, she does not attend Otowa Gakuen for health reasons. She's often seen at the train station, reading books; this is where she bumps into Renji for the first time. Yuu (yes, that Yuu) is her primary caretaker. She has lived a very difficult life due to the fact that she has had anterograde amnesia for the past several years, after being hit by a car when she was 13 years old, which caused her brain damage and made her lose an eye.

Renji is the first person she's told about herself for a while, and his presence in her life helps her to move towards her goals again — Chihiro is attempting to write a short story about "the last girl in the world", but has largely given up due to her condition. They develop a relationship, although Chihiro's amnesia is a large obstruction to it. How things end between them differs vastly between the anime and game.

She's the main heroine of the third game, and is said to be the embodiment of the theme "a tale of memories". In the anime, Chihiro is one of the central characters. She's 151 cm tall, and her measurements are 77-53-78. 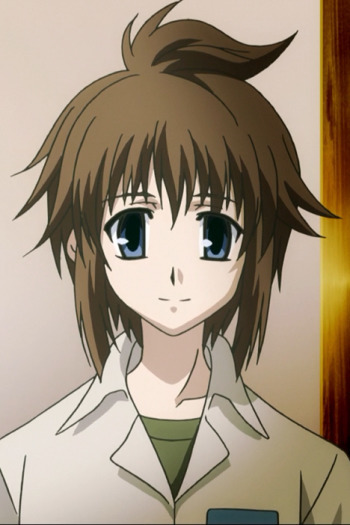 A student at Otowa Gakuen who doesn't have many friends due to his family's moving around a great deal. His world is restricted to his class, his crazy mother Sumire, his often-offscreen father, and his cheerful cousin Mizuki — at least until he stops by the town's abandoned train station one day and meets Chihiro there. Although Renji is rather aimless and doesn't know what to do with himself and his life at the beginning of the story, meeting Chihiro and learning to cope with and consider her health in all of their interactions helps him to mature. He decides to become a novelist, and does his best to support her.

Renji's birthday is the first of November. He is a year younger than Chihiro, but his chapter starts when he's in his junior year of high school. 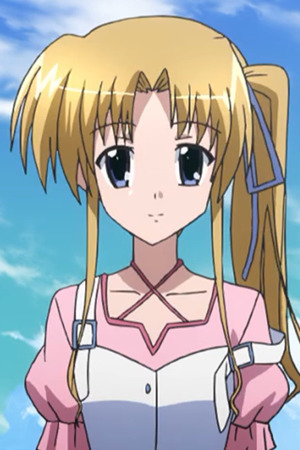 Mizuki is Renji's cousin, and looks up to Kei. She was originally an orphaned girl named Miki, who was adopted by the Hayama family when the original passed away. She is 156 cm tall and her three measurements are 80-58-82. Her birthday is December 22.
Shuichi Kuze
Voiced by: Kenji Hamada (JP), Illich Guardiola (EN) 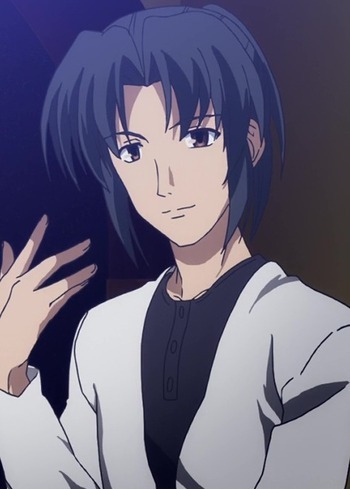 A professional violinist. Went to Germany to continue his education and came home at the time of the start of the overall story. Born February 15.
Yuko Amamiya
Voiced by: Yumiko Nakajima (JP), Carli Mosier (EN) 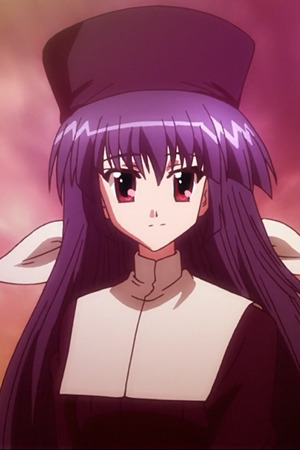 Yuuko is the main heroine of the overarching story. Her birthday is 6/21 and her three sizes are 82-56-83.
Yu Himura
Voiced by: Koichi Tochika (JP), David Matranga (EN) 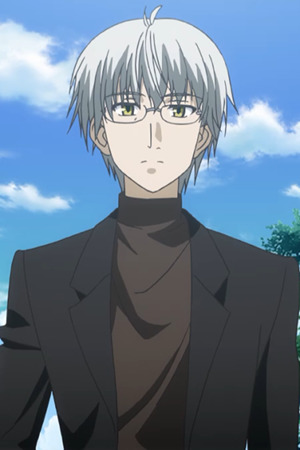 Yu is the hero of the overarching story. Born May 5.
Advertisement: 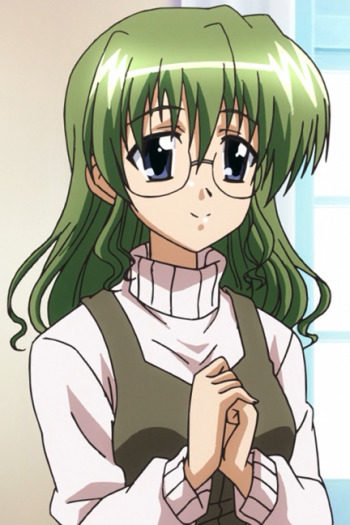 Renji's mother. She is adept at cooking, as she conducts cooking classes for the town.
Nagi Hirono
Voiced by: Shizuka Itō (JP), Allison Keith (EN) 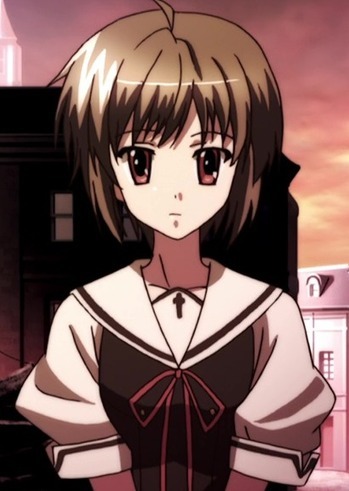 Hiro's older sister; and is interested in the arts like him. Was classmates with Yu and Shuichi.
Akira Amamiya
Voiced by: Tōru Furusawa (JP), Josh Grelle (EN) 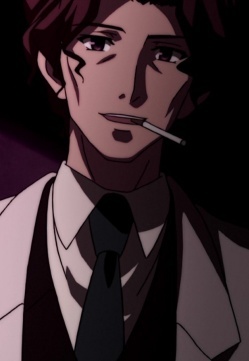 Yuko's adoptive older brother. His inability to cope with the fact that his biological sister, Akari, died in the earthquake, made him pour all his rage on his adopted sister. 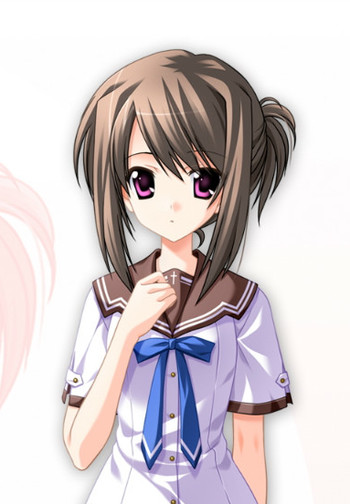 Heroine of one of the what-if stories. Renji's first love; the girl who drowned at the beach as a child in the main continuity.
Akari Amamiya 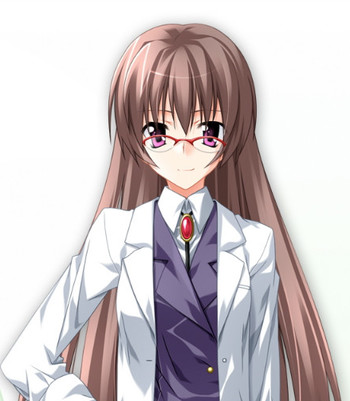 Heroine of one of the what-if stories, which examines what life would have been like if the great disaster had never occurred. Akira Amamiya's real younger sister. She is stated to be something of a masochist in promotional materials.