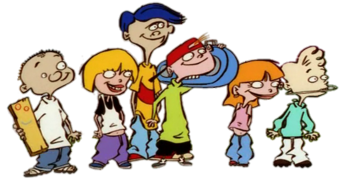 A group of Free-Range Children who are frequently at a rivalry with the Eds (and sometimes each other) in pursuit of jawbreakers. 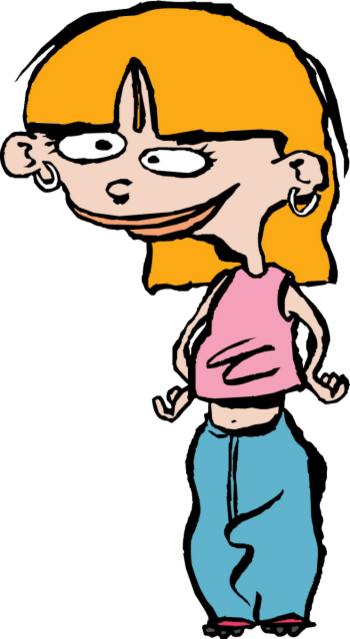 Ed's bossy and spoiled little sister. She frequently bullies her older brother into doing her bidding through either blackmail ("I'm telling Mom!"), emotional manipulation, or threats of violence. Also has a small crush on Edd, although she rarely demonstrates this. 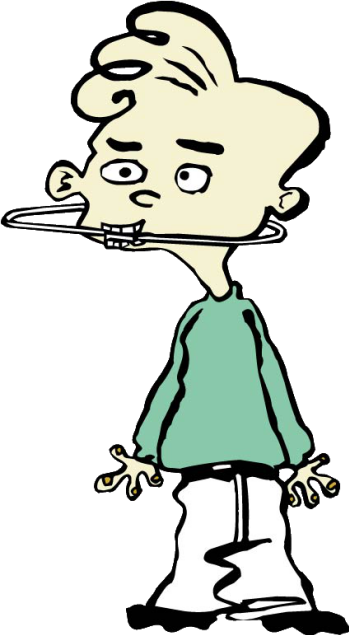 Sarah's best friend, an effeminate young man with a retainer, a habit of frequently getting injured, artistic leanings, and a substantial collection of stuffed animals and dolls. In later seasons he develops something of a barely suppressed mean streak.

A cute, somewhat dim Girl Next Door-type. She frequently reduces the boys (except Jimmy and Rolf) in the neighborhood to sweaty, nervous wrecks of early-adolescent lust, apparently without realizing it. It can also be said that she's the second most realistic character. She doesn't mind the Eds too much, unless they really annoy her or injure her. Not to be confused with Todd Rundgren's former band. 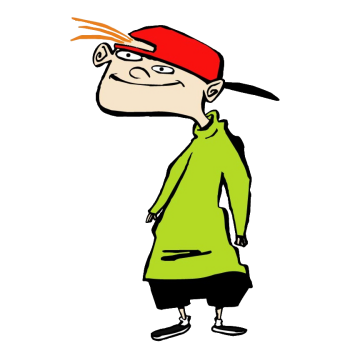 An athletic kid who is usually seen riding on or working on his bike, playing sports, or trying to impress Nazz. He thinks the Eds are a bunch of "dorks", and isn't afraid to make his opinion of them known at least once an episode. Other than that, he seems to be the most realistic kid in the neighborhood when compared to everyone else. 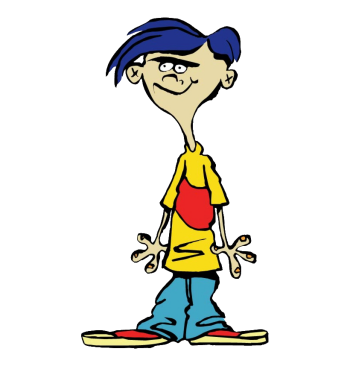 An oddball foreigner who runs a farm in the backyard of his home, and frequently rambles about either his oddball family or the oddball customs of The Old Country, which was formerly named Cloudcuckooland, (and suggested to actually be Norway.) He's usually tolerant of the "Ed-boys", unless he becomes a direct target of one of Eddy's scams. 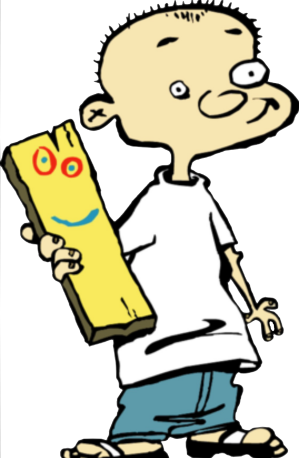 An eccentric, nature-loving youngster who hangs out with Plank, a piece of wood with a face drawn on it that seems to have a mind of its own. He's the most tolerant of the Eds, but even he can be pushed too far by them.

Plank
Jonny's Companion Cube. While he has no speaking role in the show, he often acts with the characters as if he was alive. 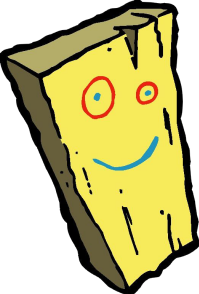