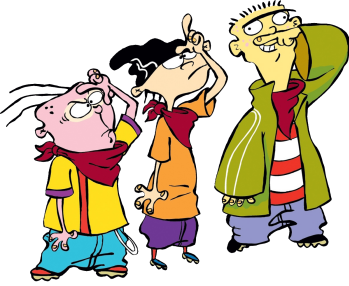 From left to right: Eddy, Edd, and Ed. 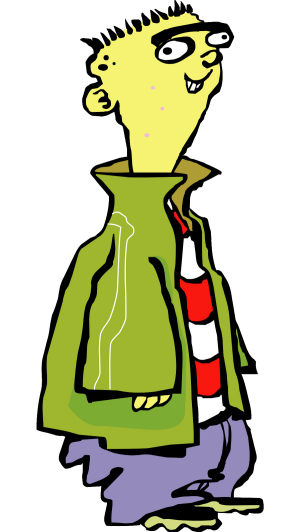 A lovable, astoundingly strong, kindhearted doofus who serves as the muscle of the Eds. Ed has a number of odd obsessions, including Sci-Fi and horror movies and comics, chickens, buttered toast, and gravy. An overdose of b-movies and comic books has apparently loosened his grip on reality, making him both spacey and easily-swayed. 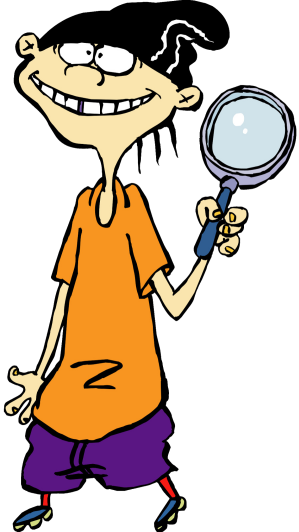 The smartest kid in the neighborhood, and the brains of the Eds. Neat and morally upright to the point of annoyance, Edd (a.k.a. "Double D") is the oft-unheeded voice of reason in Eddy's schemes. Wears a beanie cap that he is never seen without (onscreen, at least). 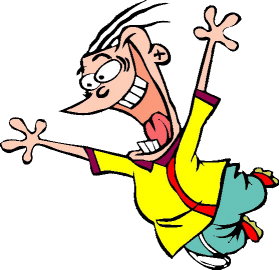 The self-styled leader of the Eds, whose height seems to be inversely proportional to his ego. Pursues his schemes with a determination that borders on stubbornness, and which would be admirable if he wasn't such a penny-pinching weasel most of the time.

Warning: MASSIVE SPOILERS from the finale ahead. Read with caution.