This series contains Loads and Loads of Characters, and so this list is nowhere near complete. Instead it tries to lists the most important characters. Please note that there are tropes and characters that do not show up until books three and four, which have not yet been released in English. 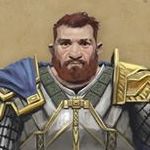 Tungdil is a dwarf adopted by The Archmage Lot-Ionan, who longs for adventure. When tasked to journey to the dwarven king to be a pawn in his plan he manages to find his own way and starts his quest to save the world for the first time. 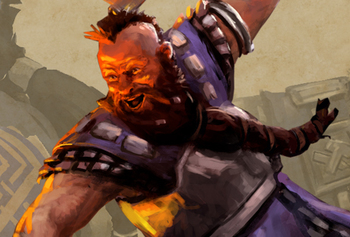 He and his brother are first ordered to guard Tungdil, but this slowly blossoms into a life-long relationship as they accompany him on his quests.
Boëndal

Boïndil's twin brother and the only one able to cool him down. Is much calmer than Boïndil but still an amazing fighter. 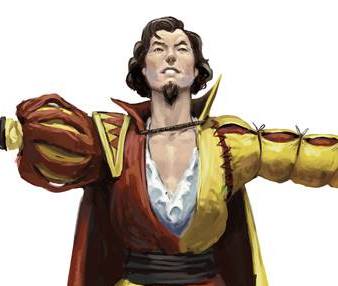 An actor they pick up along the way who constantly brags about his acting ability. Turns out he really is as good as he clams.
Andokai The Tempestuous 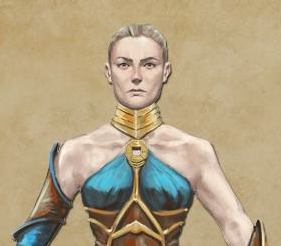 An Archmage and servant of a balance god. She is appropriately morally grey. 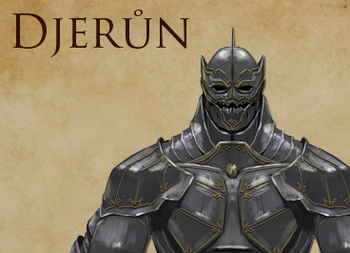 Lot-Ionan is one of the realm's Archmages. He adopted Tungdil and is like a father to him. 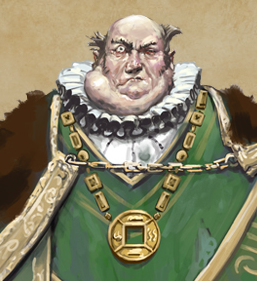 The big bad of book 1. He was originally an Archmage, but he let the evil of the Perished Land take over his mind.
Sinthoras

An alf who is helping to lead the charge against Girdlegaard.