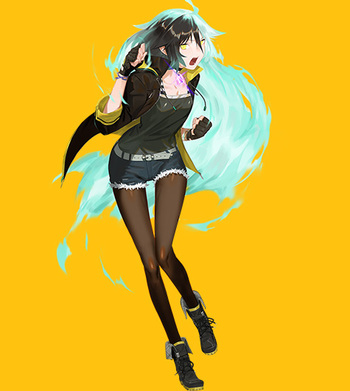 to see Yumo in her supernatural form.

A normal high school girl, who suddenly finds herself turned into a guardian protecting the mortal and spirit realms from mutual destruction. 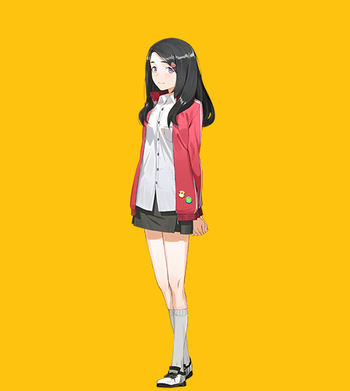 Yumo's best friend, who she tries her best to keep from getting roped up in the madness and dangers in Youshanding.

In General
Beings from the spirit plane, one of three realms of existence alongside those of mortals and chaos.
Boss 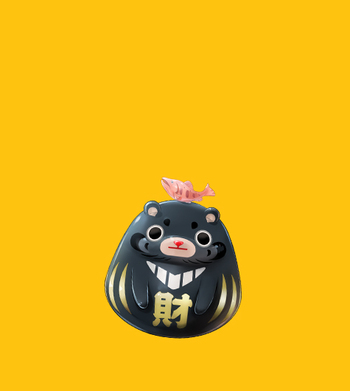 The head guardian spirit of all of Ximending, taking a mostly a supervisory and support role by providing advice, information, and useful items—at a price. 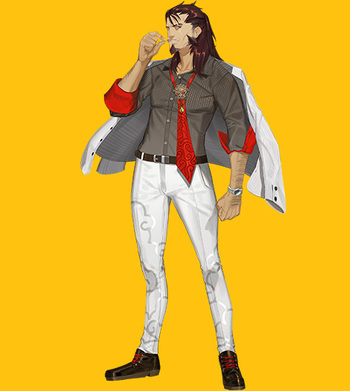 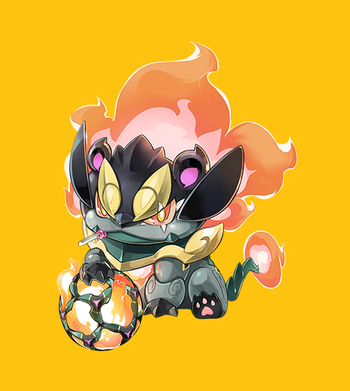 to see Leo in his stone lion form.

A stone lion Guardian assigned to protect Ximending, while simultaneously working as an employee in KumaMart. He is a man with a great heart and prides himself in helping those in need. His weapon is a Pile Bunker with the name "Pile Bunker: Howling Lion". 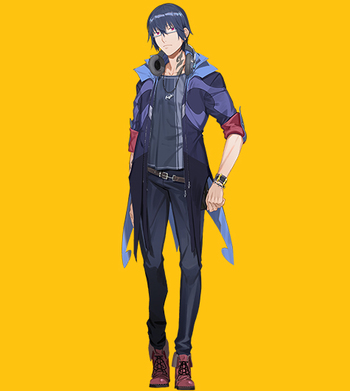 to see Bahet in his flying fox form.

A flying fox Kulunian wandering in the human realm. He becomes a fellow colleague to Yumo and Leo after they help rid him of his corruption. His weapons are a scythe named "Echo Scythe: Screaming Fox" and an electric guitar. Due to his interests in human music, especially with Rock & Roll, he developed a fighting style that incorporates deafening music produced by his instrument. 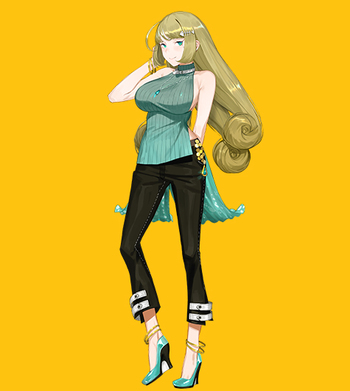 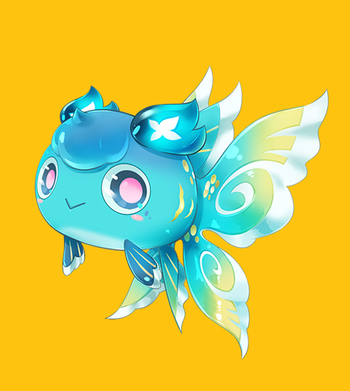 to see Le Viada in her goldfish form.

An extremely popular and prolific movie star and model, who is secretly a Kunlunian with an interest in humans' lives. She takes some time off her busy, star-studded career to help Yumo maintain the balance and peace between the mortal and spirit realms, with the help of her water powers and a massive arsenal of firearms. 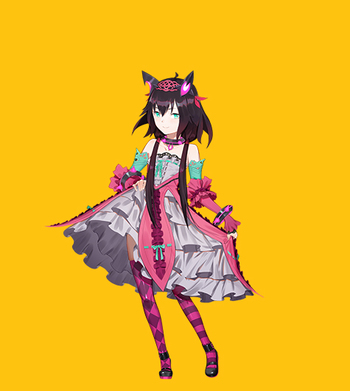 A mysterious Kunlunian, who takes on the form of a little girl with lion-like traits, much like Leo. Though largely appearing and acting her apparent age, she is much more dangerous than she appears, especially once it's revealed that she is supposed to be maintaining the seal between the dimensions, and is now acting to destroy it.

Creatures born of Chaos, they are mindless, violent beasts who crave nothing more than senseless destruction of anything and everything. The Kunlunian Guardians task themselves with controlling their endless numbers, and keeping both spirit and mortal planes safe.