What the hell are you starin' at!?

The title character, Duckman is a perverted and angry private detective who is bitter over the death of his wife.

Duckman's detective partner, a deadpan pig who is able to do just about everything imaginable. 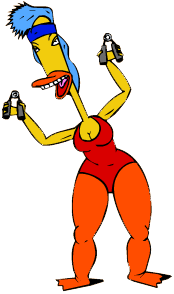 Duckman's sister-in-law who hates him with a passion. She became the primary caretaker of her nephews Ajax, and the twins Charles and Mambo, when her sister Beatrice granted her both joint custody of her children, and the deed to her house before her death. She is a fitness fanatic who is almost always seen exercising, and unlike her relationship with Duckman, she adores her nephews. 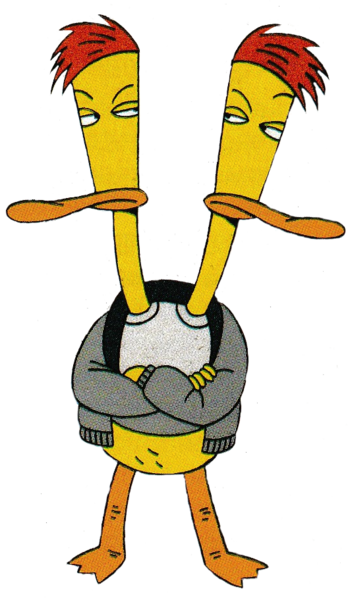 Duckman's second-born sons, who were born conjoined twins with two heads on the same body. 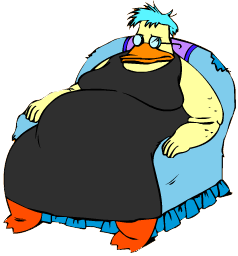 Duckman's mother-in-law, who is in a comatose state, only able to fart loudly. 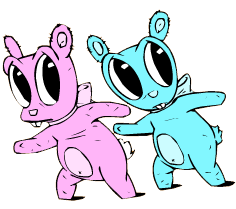 Duckman and Corfed's secretaries. A pair of stuffed bears who are overly-cute and nice and politically correct, who often end up being horribly and casually killed off by Duckman. 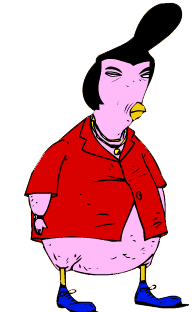 Duckman's deceased wife and the mother of Ajax, Charles and Mambo.

Duckman's neighbor, who is both a psychiatrist and a medical doctor, played by Ben Stein.

A sleazy publicist and businessman. He eventually becomes one of Duckman's neighbors.

A stand-up comic who tries to be as inoffensive as possible. It doesn't work out.

A notorious criminal who happens to look exactly like Grandma-Ma. 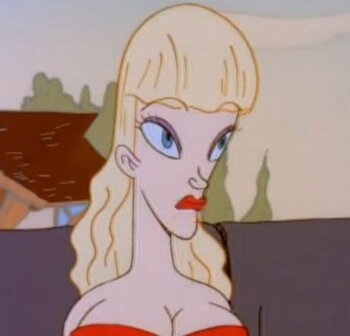 A young, attractive blond woman who tried to become the mother figure of the Duckman family, but revealed herself to be a psychopathic murderer who kills any family that she views as imperfect.

A sleazy businessman who provides services to the Duckman family, which usually end up backfiring.

The last of Duckman's blood relatives, not counting his kids. He's an even bigger jerk than Duckman himself, and in his last days, decides to take advantage of a family curse in order to exploit and torture Duckman as much as he can.