The characters in Dragon Ball Multiverse all have varying traits and personalities. Due to the fact that many of them carry over from the original Dragon Ball, plus the multitude of characters in this comic, this Character Page will discuss the different universes and their premises. Additionally, this page will also discuss the fates of certain characters in the tournament in labelnotes, so beware of spoilers.

open/close all folders
Universe 1: The Supreme Kais
U1 is where the Supreme Kais are the major dominant force, being the ones that defeated all the major threats and forces shown in the manga and anime more They killed Bibidi before he could make Buu, they killed Broly and the previous legendary Saiyan, and they killed Frieza and his family. This is also the universe in which the Vargas people created the traversing technology, which they used together to organize the Multiverse Tournament. The only fighter in this universe is the South Supreme Kai note Defeated by U11 Majin Buu, while the Grand Supreme Kai, the North, East & West Supreme Kais, and the Vargas and Namekian organizers are all spectators.
Universe 2: Toriyama's Other Works
Perhaps the most unusual group by far, U2 consists of characters all made and designed by Akira Toriyama, plus a few other oddballs. As such, most of these characters come from other, non-Dragon Ball works. The fighters in this universe include Aralenote Defeated by U14 #18, Neko Majinnote Forfeited to U18 Gotenks for a buck, Beelzebub note Defeated by U3 Piccolo, Son Wukong note Defeated by U9 Tien, a literal Mary Sue note Defeated by Arale and Akira Toriyama himself as the Tori-bot note Who forfeited to U3 Raichi, as he is a character not created by Toriyama. Crono, Magus, Robo, Eight, Senbei Norimaki, Turbo Norimaki, Gatchan #1 and Peasuke Soramame are spectators.
Universe 3: Successful Saiyan Rebellion
U3 alters the circumstances behind the death of Bardock; obtaining his ability of foresight in a different way, he and his team warn the rest of the Saiyans about Frieza's plot. As nobody believes Bardock, he defeats King Vegeta in combat and becomes king of the Saiyans, ordering them to prepare an ambush against Frieza. Frieza is disintegrated by a hundred Oozaru ki blasts before he can change out of his base, weakest form, and Bardock is hailed as king, but it's implied the Saiyans were killed by Dr. Raichi afterwards. The fighters in this universe are Bardock note Defeated by U8 King Cold, Dr. Raichinote defeated by U7 Gast, Tapionnote Killed by U17 Cell, and Demon King Piccolo note Defeated by U7 Gast.

"Perfect. I'll train my baby to kill. He'll be ready." 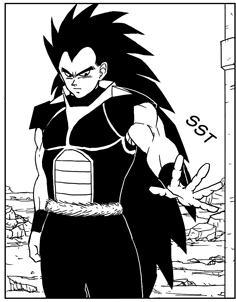 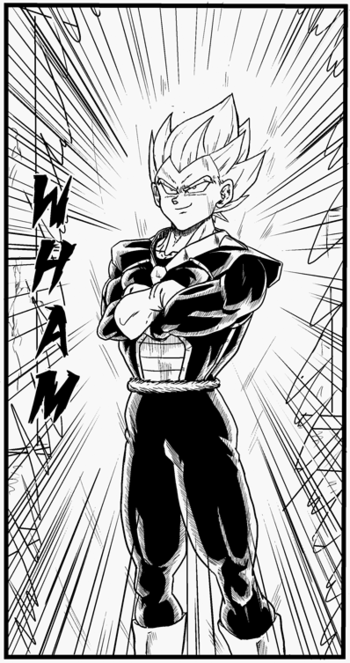 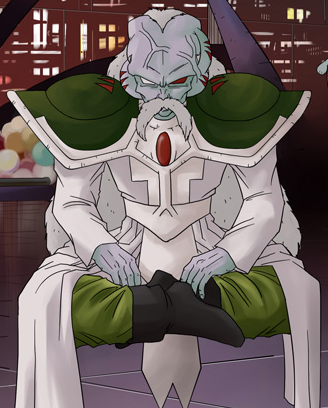 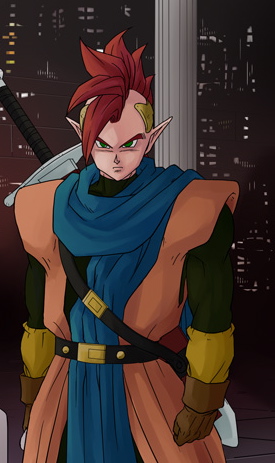 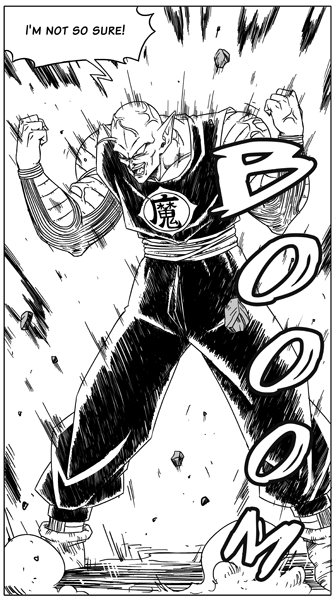 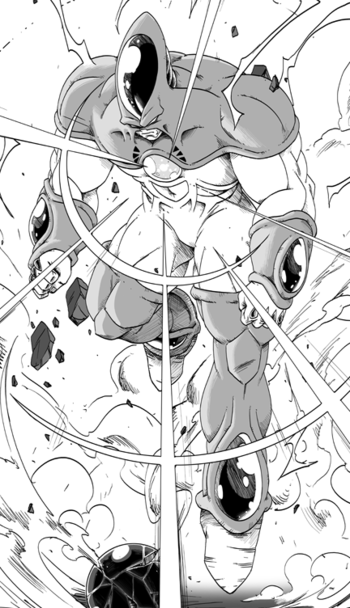 Universe 4: Zen Buu
Came to be as a result of Super Majin Buu defeating and absorbing the Z Fighters without reverting back to Kid Buu. With no one to oppose him, Buu would go on to absorb many other beings in his universe, becoming a master of every skill that exists. Called Zen Buu by the fans (a pun on the Japanese word zenbu, meaning "all" or "entirely").

"I'd prefer we do a real fight. You can't even imagine the powers I've got now!"

Universe 5: XXI
Not much is known about U5, other than a mysterious fighter called XXI. First seen as an elderly wizard, it's heavily implied that is not his true form, and he may be at least two separate beings.

Universe 6: Bojack's Gang
Came to be as a result of Bojack killing Gohan, with the rest of the Z Fighters following shortly afterwards. The fighters in this universe consist of Bojack note Killed by U17 Cell, Zangya note Unintentionally killed by U16 Bra and Bujin note Defeated by U11 Majin Buu. Also in this universe is a group of four female fighters whose backstory has not been revealed. Two of them, Kat note Defeated by U13 Kakarot and Syd note Killed by U13 Vegeta, are in the tournament, while the other two, Jet and Mai, are spectators. 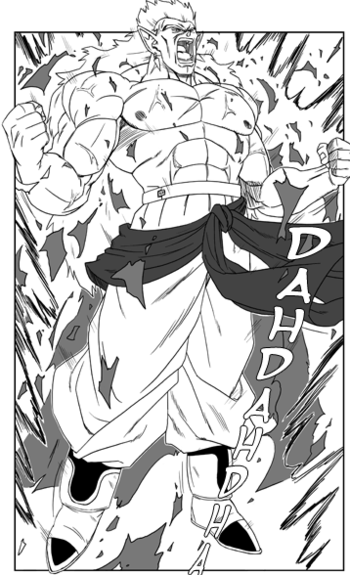 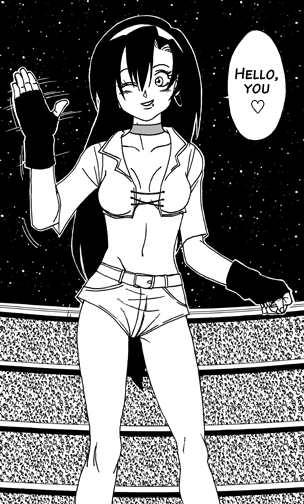 Universe 7: Super Namek
In U7, when Freeza attacked Namek, all the Namekians fused into a single Super Namekian named Gast Carcolh and killed Freeza, before killing King Cold. He then would go on to defeat its universe's Cell and Majin Buu. Gast is the sole representative of U7 in the Multiverse Tournament, entering so he can use the Dragon Balls to revive his race. 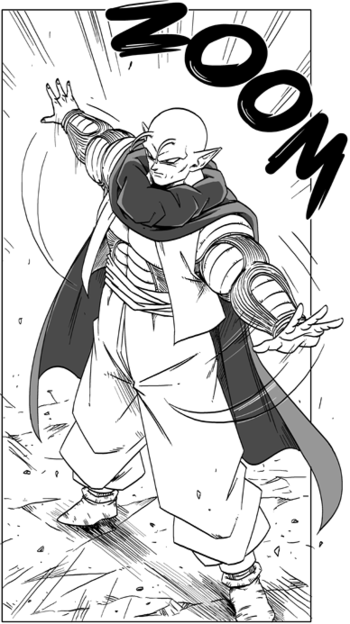 Universe 8: Cold Empire
U8 is the universe where Freeza's family and their armies became the supreme rulers of the universe after triumphing on Namek. The point of divergence is when Krillin beheads Vegeta after the latter's fight with Goku on Earth, meaning he is not on Namek to help them. By the time of the Multiverse Tournament, the denizens of U8 have aged, but thanks to their technology their youth is maintained. The fighters in this universe include King Coldnote Defeated by U16 Bra, Frieza note Defeated by U18 Goku, Cooler note Defeated by U12 Trunks, and their followers, which include the Ginyu Force note Jeice, Burter, and Recoome were defeated/forfeited to U8 Frieza, U1 South Supreme Kai, and U10 Nail respectively, with Burter killed by Freeza afterward and Salza note Killed by U9 Krillin.

Universe 9: Earthlings
Consisting of entirely humans, U9 is the result of the Earth surviving and defeating major threats and forces shown in the series without Saiyans or Namekians to help them. As a result, U9's inhabitants would train and use other factors, like Dr. Gero's tech, to develop into old age ahead of their main counterparts. The fighters in this universe include Krillin (who has taken Master Roshi's place as the Turtle Hermit)note Was defeated by U3 Tapion with help from Hirudegarn, Tien note Forfeited to U4 Buu, Yamcha note Forfeited to U14 Android 18 after revealing that he was a modified version of his universe's Android 17 and Videl note Forfeited to U8 King Cold. Spectators include Bulma and "a different" Trunks, implied to be the son she had with Yamcha. note As a result of King Cold breaking Videl's Z Sword, the Old Kai is also a spectator for U9.

Universe 10: Namekians and Primitive Saiyans
U10 consists of two groups: Primitive Saiyans and Namekians, some of which are fighters in the Multiverse Tournament. Freeza was killed by the Kais in this universe (so it stems from U1), thus the Saiyans never gained the technology that their other counterparts had. The Saiyan combatants from this universe are alternate versions of Vegetanote defeated by his U18 counterpart (now king after his father abdicated in old age), Bardocknote defeated by U18 Pan, and a new character named Mahissunote defeated by U18 Goku; the Namekians include Nailnote forfeited to U18 Uub and Dende's brother Cargonote defeated by U13 Nappa in the very first fight of the tournament. Three more fighters entered—Romanesconote forfeited to U2 Neko Majin, Caracorunote forfeited to U3 Tapion, and Lumacanote forfeited to XXI of U5—but it is unknown which were Saiyans and which were Namekians (who can guess if you find the puns in the names). Many Saiyans and Namekians are spectators, including Vegeta's now-elderly father. note After a series of humiliating losses for the Saiyans, culminating with U18 Vegeta defeating his U10 counterpart, the entirety of U10 forfeited, seeing as nobody else was stronger than their king. All Namekians, including U10 Nail, who had advanced in the tournament, forfeited as well.
Universe 11: Babidi
In U11, Babidi managed to keep Majin Buu under control and would go on to defeat the Z Fighters. The fighters in this universe include Fat Majin Buu note Defeated by U18 Uub and Dabura note Impaled with U17 Cell's Makankosappo/Special Beam Cannon, and suffered with the wound until he gave Buu a candy to heal him, with Babidi as a spectator. 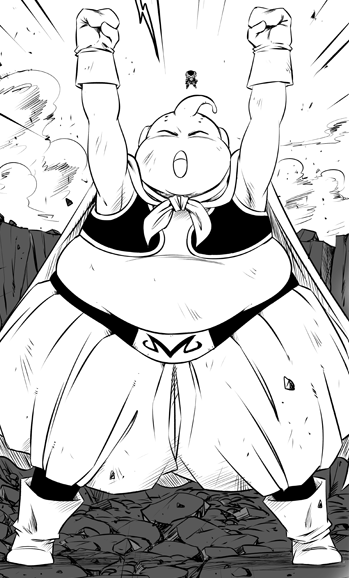 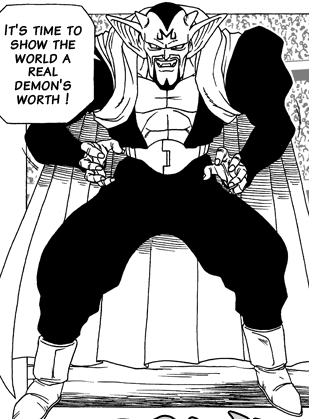 Universe 14: The Androids
U14 came into being as a result of Future Trunks not being revived at the end of the Cell Saga (it's mentioned that this universe is paired with U17). With no Future Trunks, Androids 17 and 18 would go on to continue their rampage of killing all life on Earth. Thus, #17 note Defeated by U18 Goku and #18note Defeated by XXI are the only representatives of their universe in the tournament.
Universe 15: I'K'L
Not much is known about U15, other than an unborn fighter named I'K'L note Who, due to not being born before his round in the tournament, automatically forfeited to U14 Android 17. I'K'L's mother is a spectator.
Universe 16: Vegito
The other universe that is getting the most focus, U16 is identical to U18 except for one key difference: Vegito stayed fused and defeated Majin Buu. With Vegito there, the Son and Briefs families became one, and Vegito would have Bra with Bulma. Fighters in this universe include Vegito note Defeated by U5 XXI, Bra, Pan note Killed by U6 Bojack and Goten & Trunks as Gotenks note Defeated by their U18 counterparts. Gohan, Videl and Piccolo are spectators. 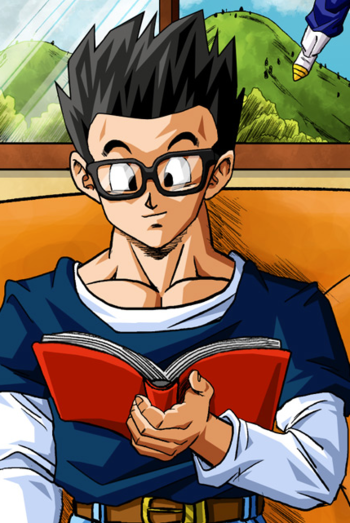 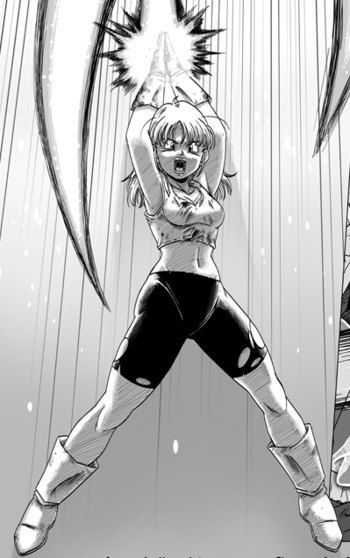 Universe 17: Cell
Like various other universes in the story, U17 is the result of a villain winning. Gohan in this universe would lose against Cell, with the rest of the Z Fighters getting slaughtered afterwards. Cell would then go on to kill the rest of the humans and others in the universe to become the sole representative of U17, alongside a Cell Jr note Killed by Cell to create a new, stronger Cell Jr. Which is killed by U7 Gast anyway.. 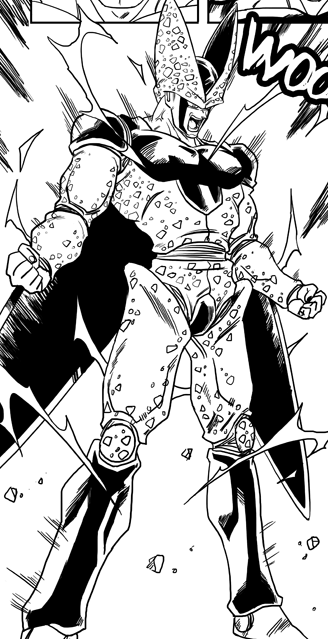 Universe 18: The Main Timeline
U18 is the standard universe that follows the manga and anime story. The fighters in this universe include Goku, Vegeta, Uub, Pan note Forfeited to U13 Kakarot and Goten & Trunks as Gotenks. Gohan, Videl, Piccolo, and Bra are spectators. 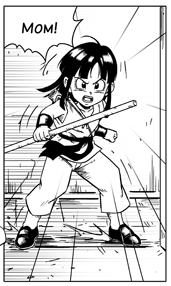 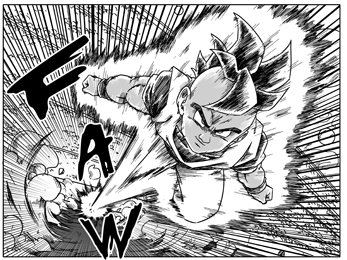 Universe 19: Heliorians
U19 consists of several fighters from the planet Helior, who fight using nanotechnology and advanced armor instead of ki like other fighters. Helior lived peacefully in other universes, but Frieza attacked the planet in this one, causing the Heliorians to fight back and defeat him. The fighters in this universe are Tidar note Killed by U18 Uub, Xeniloum note Defeated by U4 Buu, and Eleim note Defeated by U16 Bra. The spectators are Phipsil, Naurb, Magsuns, Loopwhirl and Nedwook.
Universe 20: Broly
U20 consists of one sole fighter: Broly. Though Broly's death was the same in many universes (his body collided with a nearby star), U20 Broly, by a stroke of luck, was flung out into space instead. He promptly returned to Earth and killed everyone, but he became frozen in an iceberg (as he was stuck, well, in space). note After Broly was sent flying out of the tournament by U16 Vegito, U4 Buu went to try to absorb his still-alive but frozen body. However, Broly was teleported back to his own universe before Buu could do so. 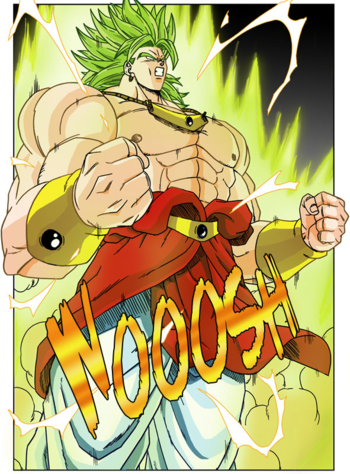