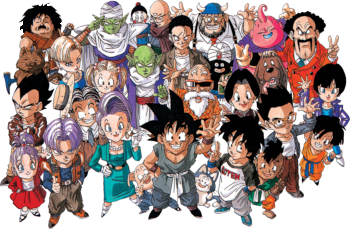 The Dragon Ball franchise has a lot of characters, who have taken place in many kinds of stories, ranging from the canonical ones from the manga, the filler from the anime series, and the ones who exist in the many video games.