WARNING! THIS LIST CONTAINS SPOILERS FOR MULTIPLE GAMES IN THE FRANCHISE.

This page is for listing the tropes related to the characters who have appeared since Dragon Age: Origins and have also appeared in other games. 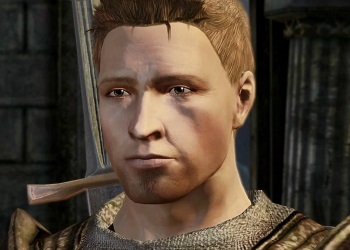 "Yeeess, swooping is bad."
"Just so you know, if the King ever asks me to put on a dress and dance the Remigold, I'm drawing the line. Darkspawn or no."

One of the junior Grey Wardens and Duncan's protégé. He's the first true party member to join the player's party (unless the player is a Human Noble, in which case it's the dog). A former Knight Templar in training, he's a central character to the story and the only remaining Grey Warden in Ferelden aside from the player character. Shale refers to him as 'the second Warden'. He is a romance option for a female Warden. 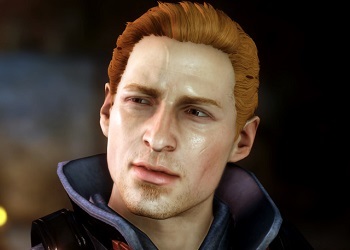 "Yes, that was me. War, betrayal, darkspawn: all lots of fun and made for excellent stories, I'm sure."

If he was crowned King or remained a Grey Warden in Origins and survived, Alistair will return in Inquisition. As King, Alistair reappears only in the Mage plot and exiles Grand Enchanter Fiona from Ferelden; he also appears during a few war table missions. If still a Grey Warden, Alistair assists the Inquisitor as Hawke's informant on the Wardens. 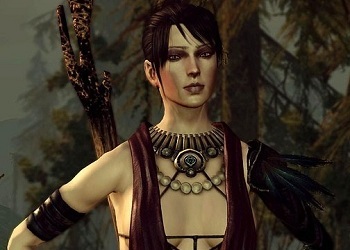 Disapproval imminent.
"Apparently everyone seems to agree that a Blight is the perfect time to start killing each other. Marvelous, really."

Morrigan is a Lady of Black Magic and the daughter of Flemeth, the mysterious Witch of the Wilds. She is forced to join the party by her own mother for reasons that are very unclear at first. Shale's nickname for her is "The Swamp Witch." She is a romance option for a male Warden. 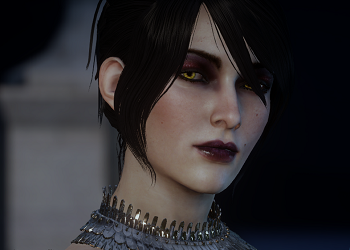 "The magic of old must be preserved. No matter how feared."

After her disappearance through the Eluvian in Dragon Age: Origins, Morrigan returns in Dragon Age: Inquisition. She has become the Arcane Advisor to Empress Celene of Orlais, and she is assigned to the Inquisition as the liaison. Though not a party member, she plays an important role in the story. 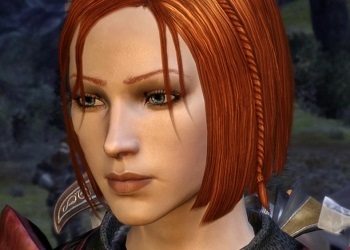 "I came to Ferelden and the Chantry because I was being hunted. I walked where the Maker led me and He has rewarded me for my faith. I found you."

Leliana is a former Orlesian bard and a lay sister at the Chantry in Lothering. After receiving a prophetic dream about the Blight, she asks to join the Warden on their quest. Basically, she's a nun/ninja/minstrel/spy. She's complicated like that. Shale's nickname for her is "The Sister" and occasionally "The Bard." She is a romance option for a Warden of either gender. 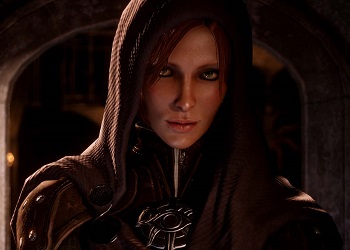 "Sometimes the best path is not the easiest one."

Once a bard, a Chantry sister, a hero of the Fifth Blight, and now Left Hand of the Divine, Leliana's presence has a new gravitas since Origins. She serves as an adviser to Inquisitor in the area of espionage. 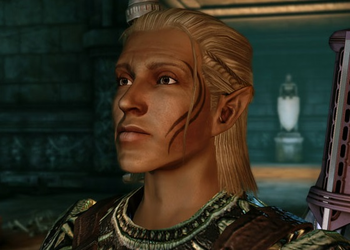 "We all do our share of murdering around here, don't we?"

An elven assassin from Antiva sent to kill the remaining Grey Wardens. Upon defeat, he can either be killed, set free, or recruited on his request. Shale's nickname for him is "the Painted Elf", which Zevran rather likes. He is a romance option for a Warden of either gender. 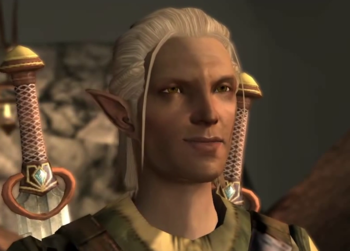 If he survived Origins, Zevran will appear in Dragon Age II Act 3. No longer a Crow, Zevran has now devoted most of his time killing Crows pursuing him. 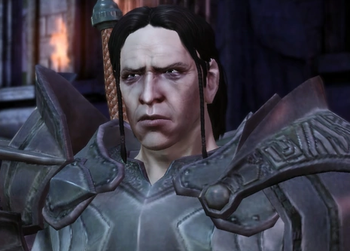 "Lords and Ladies... Stand with me and we will defeat even the Blight itself!"

A hero throughout Ferelden, Loghain is the general of the army brought to fight the Darkspawn at Ostagar. His plans, however, are a little different from what King Cailan expects. After being defeated at the Landsmeet, he can be recruited in place of Alistair, who resultantly quits the Wardens. 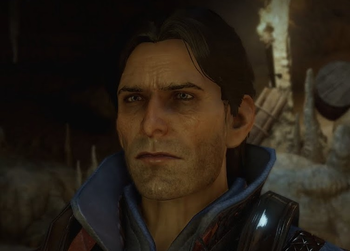 "The Traitor Teyrn. Yes. I've heard all the names."

If he was spared in Origins and survived, Loghain will return as a Grey Warden in Inquisition and will assist the Inquisitor as Hawke's informant on the Wardens. 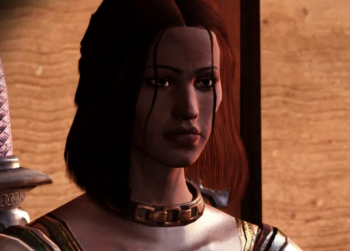 A pirate captain who first appeared in Dragon Age: Origins. She's only a minor character in the first game (although she is the only person who can teach the Warden the "Duelist" specialization). 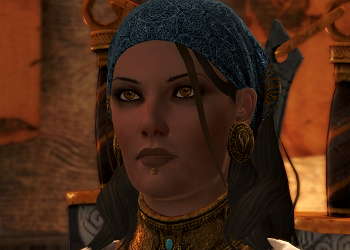 "Everyone should be free, not just mages. It's not about who's dangerous. It's about having choices made for you."

After her ship was destroyed, Isabela is stranded in Kirkwall and can enlist Hawke's help in searching for a relic to pay back her former employer, Castillon. She is a romance option for a Hawke of either gender. 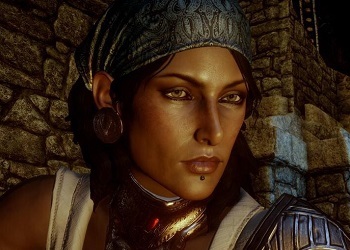 Isabela is a playable character in the Dragon Age: Inquisition multiplayer as Swashbuckler.