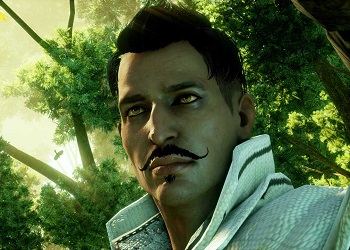 Dorian is an extraordinarily talented Tevinter mage from the well-established and respected Altus-class House Pavus. He opposes everything that his homeland stands for and is on a crusade to reform the Imperium. He is a romance option for a male Inquisitor of any race. 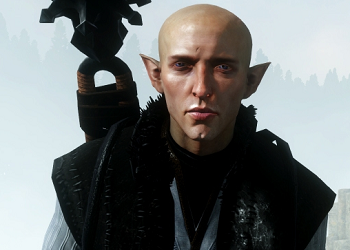 Voiced by: Gareth David-Lloyd
"I have seen things in my journeys that most can only dream of. Literally."

A raggedy hedge mage who is an expert on the subject of the Fade. He sees the Breach as an opportunity to finally put his unique knowledge to good use, hoping to challenge a few preconceptions along the way. He is a romance option for a female elven Inquisitor. 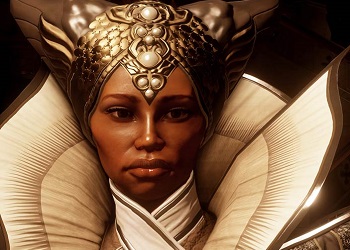 Voiced by: Indira Varma
"Magic is dangerous, just as fire is dangerous. Anyone who forgets this truth gets burned."

A Free Marches-born and Orlesian-raised mage who was the official enchanter to the Imperial court and First Enchanter of the Montsimmard Circle before the entire Circle of Magi went rogue. A staunch supporter of the Circle system, she joins the Inquisition to support her fellow "loyal" mages (and her own agenda) in any way she can.