This page is for listing the tropes related to Hawke's companions who are found in Dragon Age II. 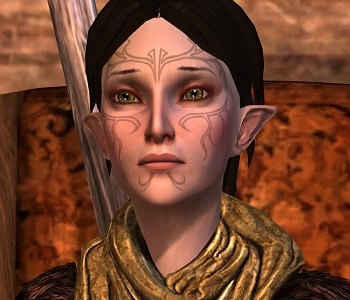 Voiced by: Eve Myles
"It's a Keeper's job to remember. Even the dangerous things."

A Dalish Elf who was Keeper Marethari's First in the Dalish Elf Origin. She returns in Dragon Age II as a companion after leaving her clan for mysterious reasons. She is a romance option for a Hawke of either gender. 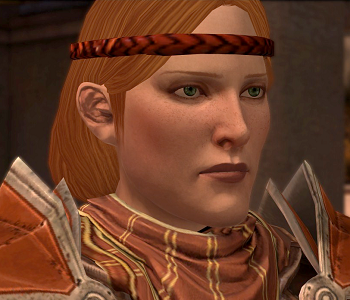 Voiced by: Joanna Roth
"I’d rather kill a bandit and save a merchant’s family than know the correct dance steps and which rouge is in fashion."

The daughter of an exiled Orlesian Chevalier, Aveline was a soldier in King Cailan's army at Ostagar. When things turned sour, she and her Templar husband Wesley headed north to escape the darkspawn. She met the escaping Hawke family on the way out of Lothering, and even though she lost her dear husband, she carried on with the Hawkes all the way to Kirkwall and beyond. While an honorable warrior, she is nevertheless pragmatic in her guard duties. 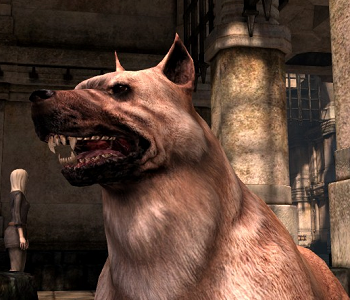 No, not that Dog, though he might as well be. The Hawke family's loyal mabari companion isn't a full party member, but can be summoned to give some extra help. 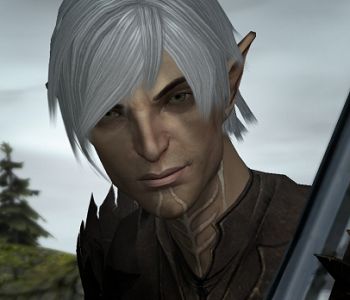 An elven slave turned living weapon. He used his power to escape his master Danarius, a Tevinter Magister who is trying to reclaim his "property." Even now that he's free and out of the Imperium, Fenris nurses a bitter streak against all mages. He is a romance option for a Hawke of either gender. 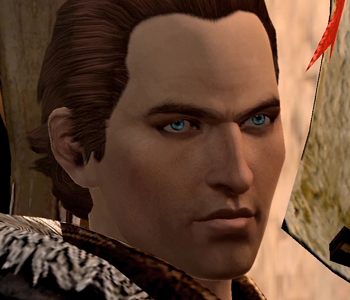 Voiced by: Alec Newman
"It's odd... when I wanted to rule, I would have been terrible at it. Now that I might be decent, I don't know if it's the right thing to do."

An archer of noble birth and brother of the Chantry, Sebastian is recruited via The Exiled Prince DLC. He joins Hawke in Act 2 after Hawke helps him avenge the death of his family (the rulers of Starkhaven) in Act 1. He becomes torn between his loyalty to the Chantry and his desire to retake Starkhaven. He is a romance option for a female Hawke.