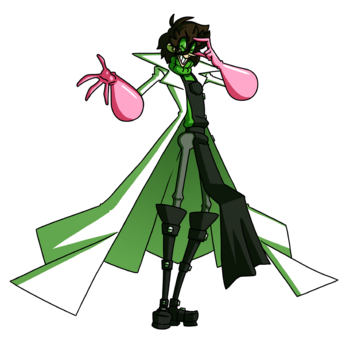 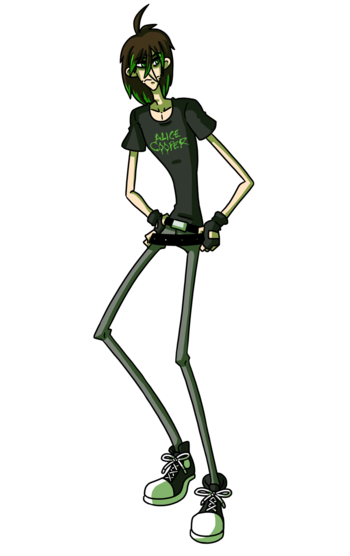 The titular Villain Protagonist himself, Dr. Crafty is a wildly eccentric scientific artist who indulges in his day-to-day activities with hammy bravado and general hilarity, creating characters through his artwork that (sometimes) result in spontaneous outcomes. Although he failed art college in his youth, he hopes to use his YouTube series to eventually Take Over the World...somehow. Despite his efforts on being a villain, however, he does have a heart buried inside him, and it doesn't take much to uncover it.

Expectedly, Crafty was designed by — and serves as a social media avatar for — Alex Tansley himself. 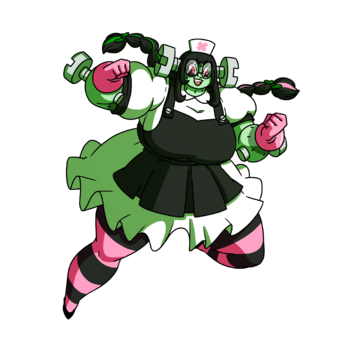 "This bulk isn't just for show, y'know. It's what keeps the show together!"
Voiced by: Megami33

A Frankenstein's Monster-esque girl reanimated and revived, Nurse Worse is Crafty's short, stout, yet strong right-hand woman, and the main co-host of the Dr. Crafty series. She tends to give drawing tips frequently, often proving to be more knowledgeable than Crafty himself. Although her patience occasionally wanes with his constant oblivious attitude, Nurse Worse has no trouble indulging in the fun that Crafty's antics provide. Her past is also shrouded in mystery, with her memory only extending as far as when Crafty brought her back to life.

Nurse Worse's final design was established by Alex, then finalized by his wife. 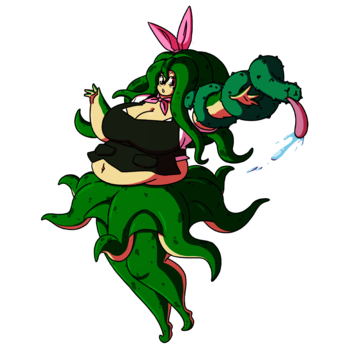 "I-I'm mostly known as "the Octo-Chef". E-Even though that tends to be my alias nowadays..."
Click to see her and Pickles when outside the Dr. Crafty series 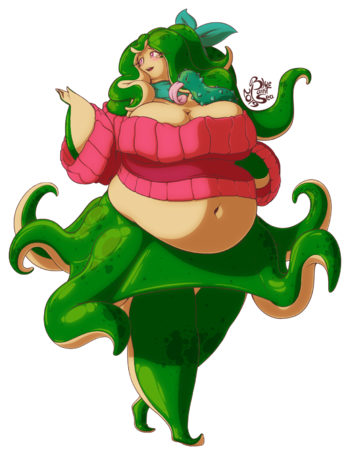 A highly-reserved chef with life experience to spare, Pepper is a humanoid cephalopod mutant who was introduced in Season 2 as the co-host for the first of Dr. Crafty's spin-off serieses; Crafty's Chara-Café. She is considered the most kind-hearted of the cast, as her commentary appears more gentle and encouraging than the other co-hosts. While this causes Pepper to have difficulty maintaining discussions due to the show's sense of humor, her world knowledge more than makes up for it, thanks to her perpetual travels as a nomad before being hired into Crafty Industries.

. It's been confirmed that anything they do with the characters is canon to the show, so tropes involving Blue-Paint-Sea's pieces will appear here. 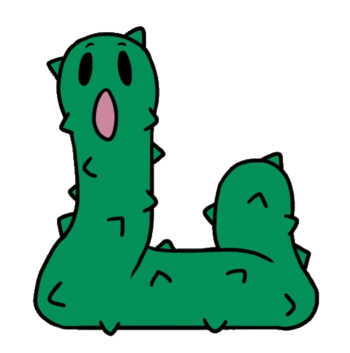 "*Pfft*"
A sea cucumber capable of living on dry land, Pickles is Pepper's small yet nimble traveling companion who is always seen riding somewhere on her body. He was introduced alongside Pepper in Season 2's premiere and sometimes partakes in an episode's commentary whenever Pepper is on-screen. While infrequent, the times Pickles voices his opinions demonstrate that he may be smarter than the cast gives him credit for.
Messibelle
Messibelle 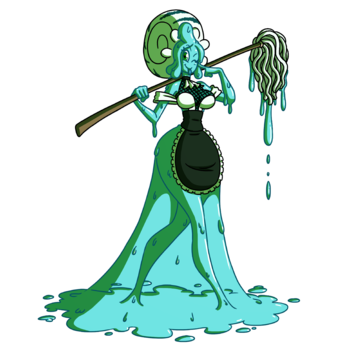 Born within the pipe system of Crafty's lair, Messibelle is an energetic and lecherous amalgamation of cleaning products who managed to morph into a young slime girl. She was introduced in Season 2 to be the co-host for the Dr. Crafty spin-off series; Crafty's Top Ten Tub, shortly after being created by Crafty himself (being the one who dumped said cleaning products down the castle drains in the first place). This not only makes her the youngest of the Crafty cast but also, by all accounts; Crafty's surrogate daughter. She has an off-beat style of commentary that is somewhat similar to Crafty’s own, though many of her contributions are motivated by lust, occasional naivety, or other strange trains of thought. Because of this, her comments even catch Crafty off-guard at times.

Messibelle was designed by Scribbled-Death, an artist who created some assets for the show. Their original concept art for her can be found in this screenshot

from "New Season, New Friends", during which it flashes onscreen for a split second. Currently, this is the only method to view Messibelle's original design, as the file that includes it has yet to be posted publicly. 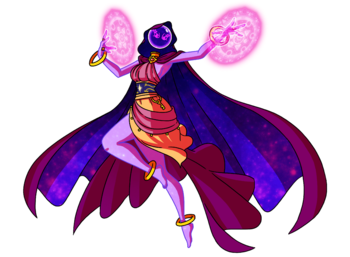 "My abilities can reveal plenty about this series... Thankfully, they cannot speak for themselves. *giggles*"
Voiced by: Inrezairo

A mysterious Fortune Teller who spends her time inside one of the closets within Crafty's lair, Madame Crystelle is a sentient crystal ball introduced in Season 3, alongside her spin-off series; Crafty’s Questionable Qloset. Unlike Crafty’s other companions and spin-offs, Crystelle hosts the Questionable Qloset herself, giving her room a relaxing atmosphere to help her concentrate. She is deeply knowledgeable about the universe she resides in, and she always looks forward to answering peoples’ queries (albeit at a tiny financial cost) in the hopes that her powers will put them on the right path. While she appreciates the company of those who visit her, unwanted guests like Disgustilda and Jedah Dohma, whom she has had past quarrels with, in particular, do happen to get on her nerves.

Crystelle was created by Dollwoman, and their original concept art for Crystelle can be found here 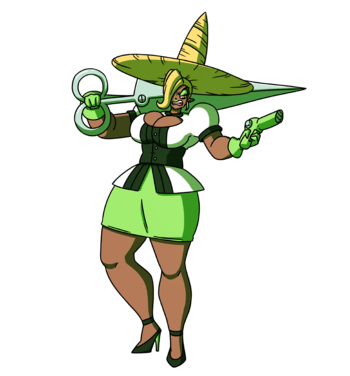 "So, this the place, huh? Well, if I gotta do this, may as well do it with style."
Voiced by: Elsie Lovelock

Forced into Crafty Industries thanks to her restrictive probation from Salem Prison, Stylene Salagadoola Bouffant is an ex-convict witch introduced in season 4 to co-host the spin-off series, Crafty's Shake-up Salon. A stylist by trade, Stylene specializes in character makeovers, whether it be with hairstyles, outfits, or facial applications, often done through her skills in the art of spell-casting. Unlike the other co-hosts, however, she is not afraid to be upfront with her own level of sass, as her blunt demeanor gives her a more abrasive attitude by comparison. Despite her thoughts on the Crafty crew as a whole, Stylene still aims to do her best with what she's now stuck with.

Stylene was created by the artist Chronnellian, and their original concept art for Stylene can be found here