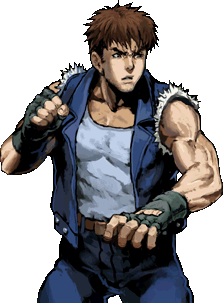 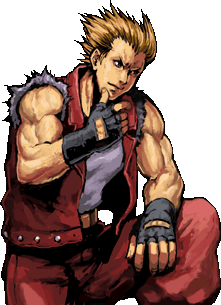 The older Lee twin, who helps his brother Billy fight the Black Warriors, while being secretly in love with Marian. In the NES version, he is actually the Shadow Boss, the true leader of the Black Warriors, although this plot point is swept aside in the sequels (which brought back the co-op play missing in the first NES game).
Marian

Billy's girlfriend who is a part-time assistant instructor in their martial arts training school, but is kidnapped by the Black Warriors. In Double Dragon II, she is seemingly killed off in the beginning, with her ultimate fate varying depending on the version.
Abobo 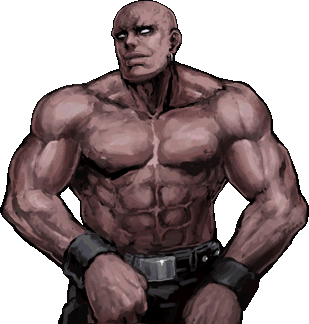 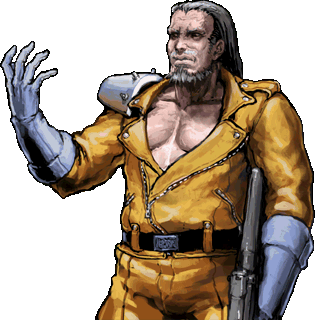 The leader of the Black Warriors, a biker gang leader whose organization grew in power after the nuclear war. Serves as the final boss in the arcade versions of the first two games, where he shoots Marian to death in the second game. In the NES versions, he's merely a figurehead, being the last opponent fought by Billy before the final battle against Jimmy in the first game and a complete no-show in the second.

Hiruko
An elderly fortune teller who guide the Lee brothers in the search for the Rosetta Stones.
Urquidez Brothers
A trio of mixed martial arts masters who appear in the arcade version of Double Dragon 3 consisting of Roney (1P), Sunny (2P) and Jonny (3P).
Chin Brothers

The first boss. He's actually the brother of Willy, who seeks his brother's defeat in the previous games by leading the Neo Black Warriors against the Lee brothers.
Li Chenglong

A Chinese martial arts who confront the Lee brothers for the first Rosetta Stone in the arcade version.
Yagyu Ranzou

A ninja master who fights the Lee brothers in Japan for the second of the three Rosetta Stones. In the NES version he joins the player's party after being defeated.
Giulano
A warrior dressed in gladiator gear who fights the player in the fourth stage of the arcade version.
Brett

A student of the Lee brothers who is attacked by the Neo Black Warriors.
Gibson

Introduced in the Comic Book

Introduced in the animated series

Introduced in the movie

Introduced in the Neo Geo game 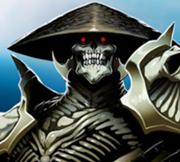 The Big Bad of Neon, the intimidatingly-named Skullmageddon is a powerful Super-Lich who leads the Shadow Warriors gang and kidnapped Marian because he wanted a date.

Casey and Shannon
Ayumi
A kunoichi hired by the renegades to defeat the Lee brothers.