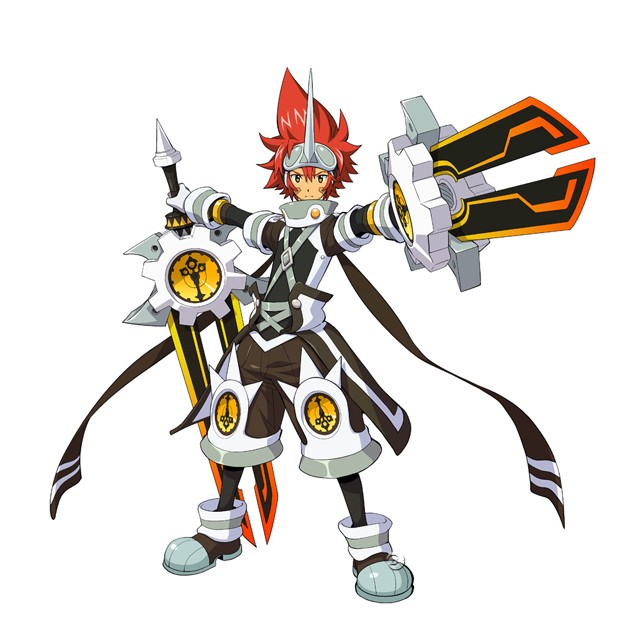 World Identity: A mysterious princess in Tokio's dreams who looks like Saika.

Real Identity: A variants of AIDA that fused with the princess of a different online MMORPG that Tokio once played. It followed him to The World; and wanting to help, took the physical form of Saika.

World Identity: "Panzer Saika", a heavily armed version of her real self with a really big gun and a German Uniform. (Although, it apparently exists only in the manga.)

Real Identity: Cousin/adopted sister of the man who went crazy and nearly destroyed the World with the Aura Reclamation Project that turned R:1 into R:2.

World Identity: She does not play The World.

Real Identity: Mother of Amagi Saika and aunt of Amagi Jyotarou who passed away before the start of the game.

World Identity: A newbie to "The World R:X", she is a Twin Blade modeled after Kite, who sets out to try and conquer "The One Sin" special Christmas-time event along with her friends Mary and Tobias. When things start to go wrong for her and her friends, they get chased by monsters and end up accidentally springing traps on other players in the area, they tend to get into some hot water because of it.

Real identity: Asumi Aida. Asumi is a bright and cheerful high school student in Aomori Prefecture. She plays The World with her actual personality. Unlike Eri and Iori, she's bad at studying.

''World Identity: An Edge Punisher modeled after BlackRose. She is considerably kind to her friends, but she is not to be crossed when you push her too far... Especially considering when she has to clean up the mess her friends make, be it literally or figuratively.

Real identity: Eri Etou. Eri started playing The World after she was invited by her long-time friend Asumi, who she is constantly looking out for. Every morning she comes to get Asumi, who is always on the brink of being late for school.

World Identity: Tobias is a Blade Brandier modeled after Balmung. He is an experienced player of The World who befriends Sakuya and Mary. He is commonly known as "Tobias the Information Merchant", taking into selling information much like Wiseman did.

Real identity: Iori Ikuta. Iori is classmates with Eri and Asumi. Her sense of fashion in The World is not reflected at all in the real world. Her family owns one of the best and oldest hot springs resorts in Aomori.

World Identity: A strange character with an illegal appearance modeled suspiciously after both Mia and Macha. Whether Hermit is a PC or NPC is unknown, but it appears to be looking for something... Hermit befriends Sakuya after she managed to escape some pursuers chasing her through town.

Real identity: Touha Tanagami. Touha Tanagami was an American citizen of Japanese descent, hospitalized as a child with an unspecified disease, possibly some form of immunodeficiency.

World Identity: Shamrock is a Shadow Warlock and the guildmaster of the Yata Mirror guild. She and Smith try their hand at The One Sin special event, but end up chasing after Sakuya, Mary,and Tobias after they accidentally spring a bunch of traps on them.

World identity: Smith is a Lord Partisan and the second-in-command of the Yata Mirror guild.

World Identity: Kite, a new Twin Blade-class character in The World FORCE:ERA, the successor to The World R:X that was designed to return to the game series' roots in Emma Wielant's Epitaph of Twilight. Her character model, as the name implies, is based on the real Kite from the The World R:1.

World Identity: Balder, a Paladin in The World FORCE:ERA. His model is based on Balmung's.

World Identity: Gondo, a Berserker-class character in The World FORCE:ERA.

World Identity: Kusame, an anthropomorphic jackal-like character he uses throughout Beyond the World to keep track of (and later aid) Kite (Sora).

Real Identity: David Steinberg, an American agent for the Network Administration Bureau. Thanatos Report reveals that he's an FBI agent working secretly within the NAB in order to retrieve Aura's data and keep it out of Mama's possession.