A character sheet for .flow and all tropes associated with them. Due to the heavily speculative nature of the game, relying on coming up with your own interpretations and conclusions, please be careful about taking anything on the page as hard fact.

Note: Unless otherwise stated, assume all examples below apply to the latest version of the game.

The main protagonist, who explores a surreal world via her computer. 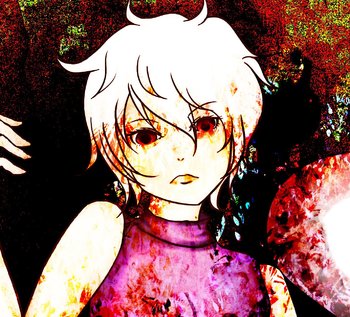 Some sort of alter-ego of Sabitsuki who appears after discarding all effects.
NPCs

A little girl with a diving helmet who appears frequently in multiple places in the dream world. Usually found underwater. 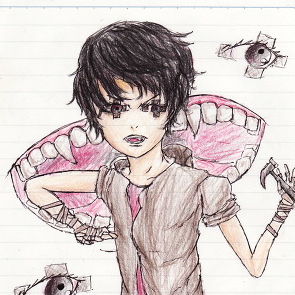 A black-haired boy with plus eyes and a hammer that appears prominently in the school area.

A mysterious little girl that's seen ducking behind Smile, in one scene 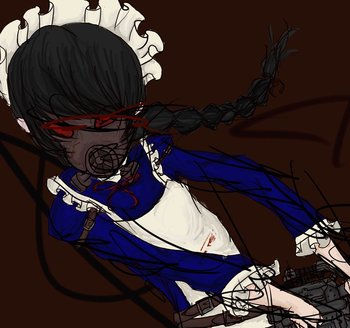 The maids of the Sugar Hole bar, and another reoccurring NPC.

A pink-haired girl sitting beside a bonfire in the alleys.

A reoccurring NPC resembling a pale-skinned black-haired girl in a blue dress. 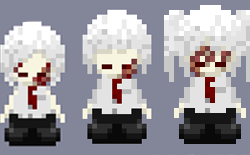 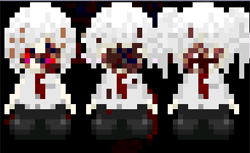 The second type of chaser enemy. Touching them takes off Sabitsuki's effects and damages Rust.

A man and woman that can be encountered in the hospital area.

The Girl in the Yellow dress

A girl or woman that can be encountered by triggering certain events.