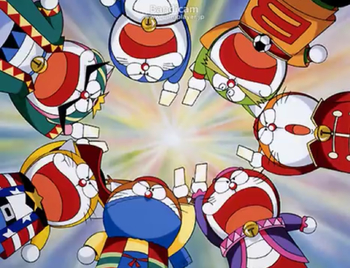 Only the best of friends can wield The Power of Friendship in these legendary cards!

A kind of an old boys' association of cat robots of the Robot Academy, which all seven members attended. The septet are bound by gadgets called Best Friend Telecard, as token of their oath of eternal friendship. Each of them work as a public servant, either in a body or not.

open/close all folders
Doraemon
He acts as a leader to The Doraemons; usually to settle internal disputes. See his own page here.
Dora the Kid 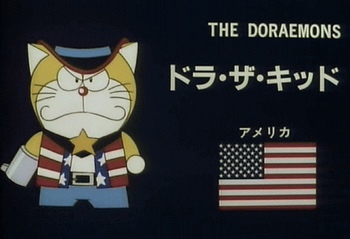 A wild American cowboy robot who was recruited as a sheriff officer in the Old West era, fighting crimes and arrest robbers. The second-in-command of the team. He's good at shooting, but quick-tempered. 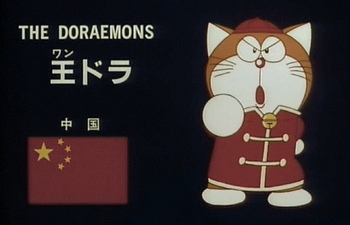 A Chinese robot who specializes in kung-fu. The smartest of the Doraemons, and is usually the one who comes up with the best strategies or solutions whenever the group are in a hitch. He studies medicine in the Qing Dynasty, while working as the assistant for a doctor of Chinese remedy. 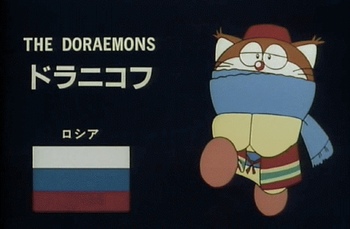 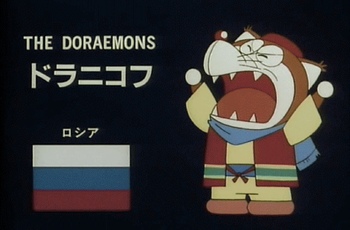 to see his werewolf form

A silent and stoic actor robot lives in the cold lands of Siberia (Russia), who has a special ability. Whenever he sees a round object, he turns into a werewolf as his scarf falls off and unleashes the beast within. 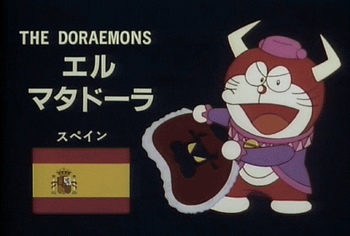 A Spanish matador fighter who works in a local restaurant in the 17th century Spain, though he also takes another job as a super hero with secret identity. The strongest member amongst the Doraemons by raw strength. 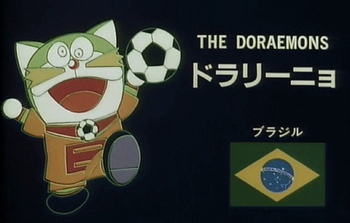 An ace striker of a Brazilian football club. Always seen with the ball, which he also uses as the weapon of choice. He owns 11 identical Mini-doras, whom he played soccer with. Based on Ronaldinho. 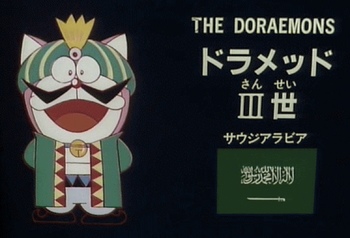 An Arabian oracle robot lives in the Middle East, specifically Saudi Arabia, who wears iconic turban and clothing. He grows physically larger into a giant if angered. Currently serves as a Robot Buddy/genie to an Aladdin expy.