Tropes associated with Wizpig and his minions 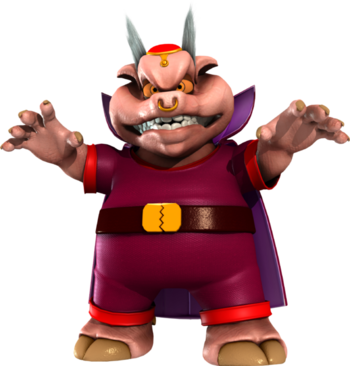 An evil, racing-obsessed pig wizard from Future Fun Land, he invades and conquers Timber's Island in Diddy Kong Racing, hypnotizing some of the inhabitants to act as his minions. 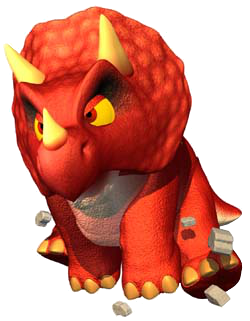 The boss of Dino Domain. A large, red triceratops. No relation to that other triceratops known as Tricky. 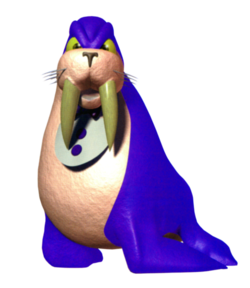 The boss of Snowflake Mountain. A large, blue Walrus. 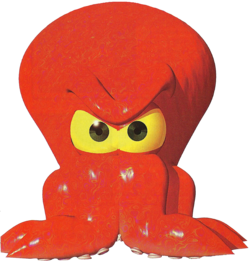 The boss of Sherbet Island. A big, red octopus. 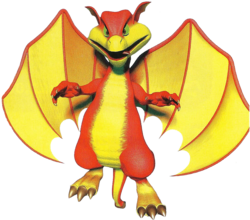 The boss of Dragon Forest. A red and yellow dragon. 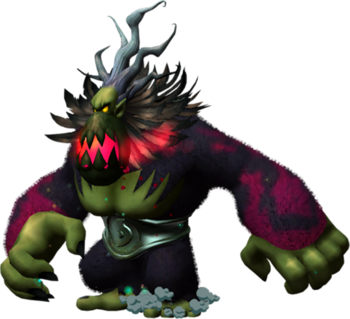 A huge, monstrous gorilla, the evil Cactus/Ghastly King ruled the distant Fruit Kingdoms with an iron fist by controlling the minds of the four Kong kings and other powerful creatures. He was overthrown when Donkey Kong came to the kingdoms' aid. 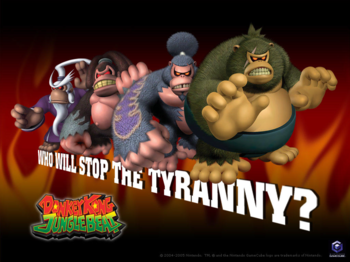 A group of evil Kongs who specialize in martial arts. Collectively, they're the main villains of Jungle Beat, behind only the Cactus King. 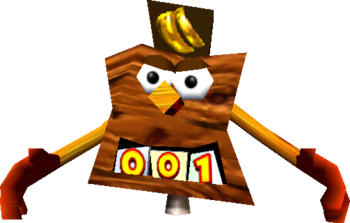 A grumpy living signpost who's being forced by K. Rool to halt the Kongs from entering levels unless they have enough Golden Bananas to pay his toll. 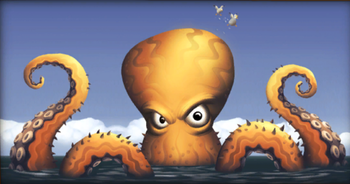 A very persistent octopus of ginormous size who chases after our heroes in order to make their lives harder. It inhabits the seas of DK Island and Sea Breeze Cove (from Tropical Freeze), being found in the "Stormy Shore" and "Irate Eight" levels, respectively.

"I've come to claim me birthright, the Crystal Coconut, in the name of me great-great-great grandpappy!"
Voiced by: Len Carlson (English), Katsuhisa Hōki (Japanese) 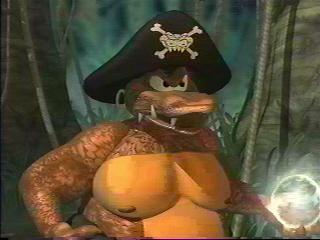 A pirate captain featured in the Donkey Kong Country cartoon. It was his ancestor who found the Crystal Coconut long ago, so as far as Skurvy is concerned the gem is his birthright, and he won't let anything stop him from claiming it. Accompanied by his two mates, Green Kroc and Kutlass, Skurvy is a less recurring villain than K. Rool and his Kremlings, but typically presented as a more credible threat than them.

A sarcastic, talking parrot from the Donkey Kong Country cartoon. He sometimes helps K. Rool or Skurvy with their plots to take the Crystal Coconut, but seems content to sit on the sidelines and dispense snarky comments.