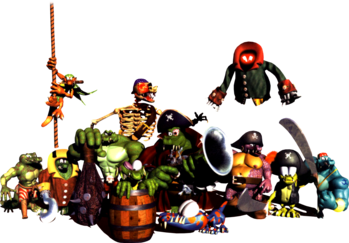 A group of troublemaking crocodilians led by the deranged King K. Rool, who often plots to steal DK's banana hoard for unknown reasons. They're the main antagonists of the original Donkey Kong Country trilogy, as well as 64 and the spinoffs made by Paon.
Advertisement:
open/close all folders
In general
Debut: Donkey Kong Country

The minions of King K. Rool, the Kremlings are a clan of nasty-tempered, dim-witted reptiles from Crocodile Isle. They have a seafaring culture with an emphasis on both piracy and technology. Despite their generally evil disposition, a few Kremlings have switched sides to help out the Kongs. 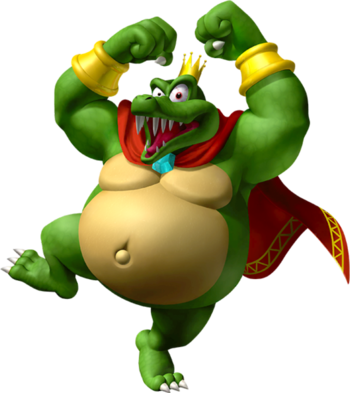 Click here to see him as Kaptain K. Rool 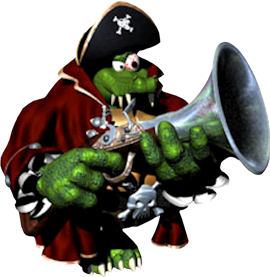 Click here to see him as Baron K. Roolenstein 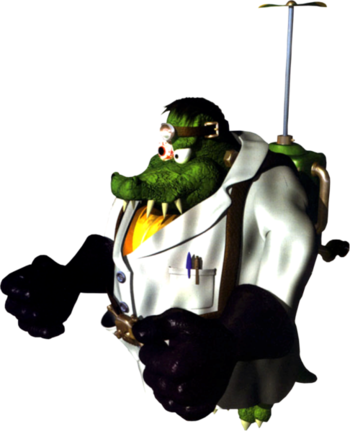 Click here to see him as King Krusha K. Rool 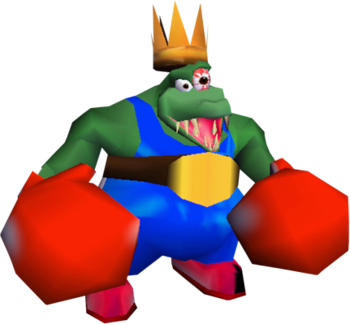 A fat crocodile who acts as Donkey Kong's Arch-Enemy in the Donkey Kong Country series. Prone to adopting new personas (Kaptain K. Rool, Baron K. Roolenstein, etc.) in different games, complete with new powersets for battle. Whatever he likes to call himself, K. Rool's goals remain the same — to get rid of the Kong clan and take over their island, and if he can't manage that, destroying the island along with every primate on it suits him just fine instead. 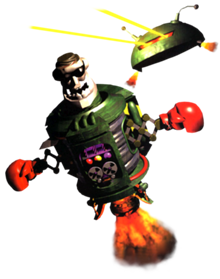 The apparent new leader of the Kremlings in Donkey Kong Country 3: Dixie Kong's Double Trouble!, and a killer robot intent on world conquest, it's found to be secretly under the control of K. Rool in his latest guise and powered by the captured Donkey and Diddy Kong. Has multiple heads that appear when each is destroyed. Fought in Mekanos and then later in KAOS Kore.

A bratty little kremling who acts as The Rival to Diddy Kong.

One of the only known female kremlings, a little kremling girl with a malicious streak.

The other currently known female kremling, she is high in the kremling ranks and is trusted even by K.Rool.

A fat blue scaled kremling who is a simple-minded powerhouse with a dangerous temper.
Advertisement:
Donkey Kong Country Bosses 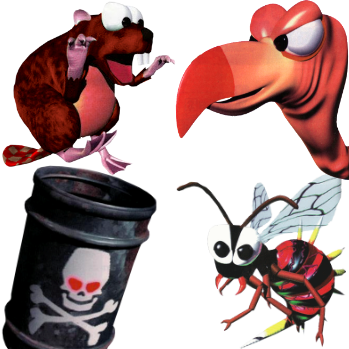 The bosses of the original Donkey Kong Country. A group of enlarged Mooks who each guard a portion of DK's stolen banana hoard. They consist of: 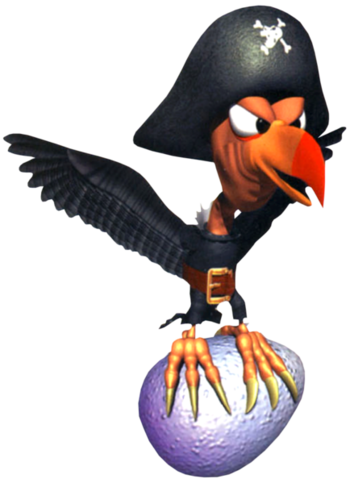 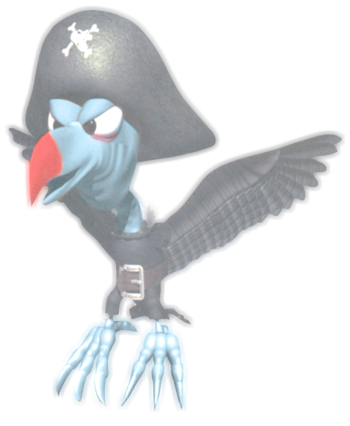 The boss of Gangplank Galleon, the first world. A large bird who lives in the ship's Krow's Nest. Later, he comes back from the dead as the ghostly Kreepy Krow in order to finish his business with the Kongs in the fifth world, Gloomy Gulch. 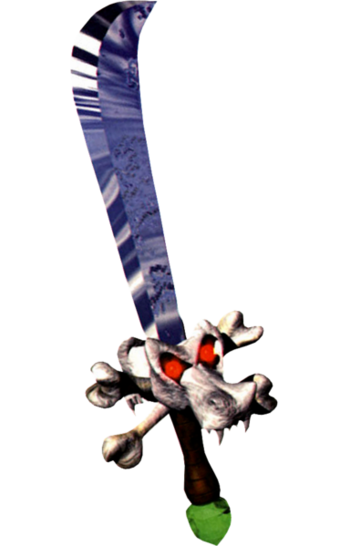 A haunted, living cutlass sword wielded by an unspecified lava entity. The boss of Crocodile Cauldron, the second world. 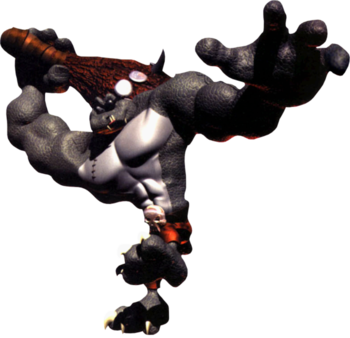 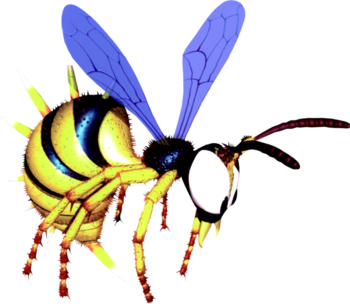 The boss of Krazy Kremland, the fourth world. A giant Zinger and possibly related to the previous game's Queen B. Notably fought as Squawks the Parrot.

This humongous, fire-breathing Kremling is the boss of K. Rool's Keep, the sixth and technically penultimate world. He's only present in the GBA version. 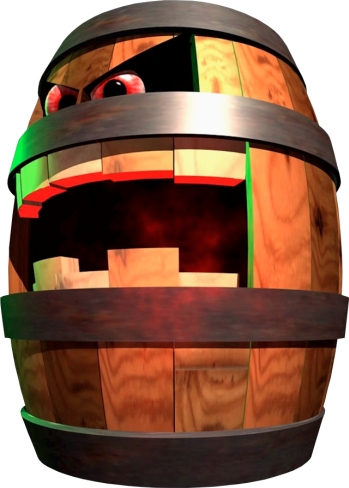 A gigantic, living barrel. Boss of Lake Orangatanga. To defeat Belcha, you need to feed him with Knick-knacks (which he supplies to you through barrels that he barfs out) until he ends up burping himself out of his platform. 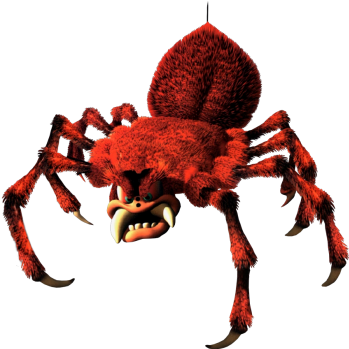 An enormous spider who rules Kremwood Forest. His head is the weak spot, but you need to pick some barrels and get below his jaws in order to damage him, all while avoiding deadly, ricocheting venom. 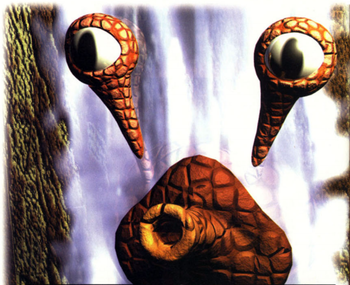 Some... thing (possibly a slug) living behind a waterfall in Cotton-Top Cove. You fight it as Ellie the Elephant, who has to shoot water blasts at its eyes while avoiding Squirt's very own water attacks. 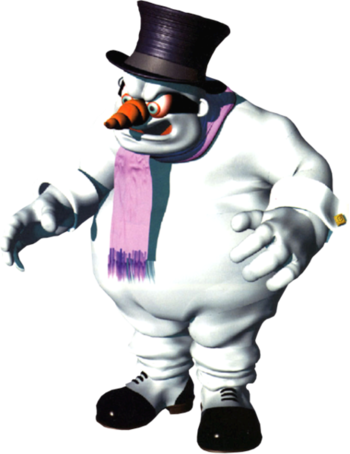 A creepy, animated snowman who inhabits the fields of K3 and likes to partake in snowball fights, so the Kongs will need to apply everything they've learned from Swanky's throwing contests in order to give Bleak a taste of his own medicine. 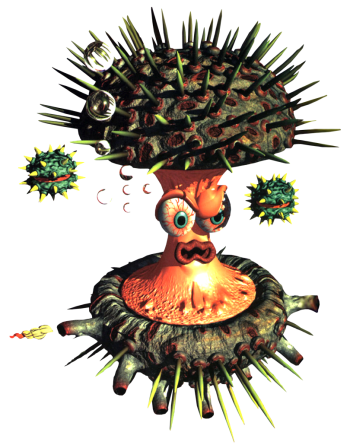 The queen of the Lurchins, the spiky-shelled enemies that infest the waters of the Northern Kremisphere. She resides in a lake located in the middle of Razor Ridge, although the GBA version relocates her to Pacifica, an extra world. You fight her through Enguarde the Swordfish.

A bizarre monster created by Baron K. Roolenstein. Becomes the new boss of Razor Ridge in the GBA remake.

A cowardly armadillo who lacks a shell of his own, Army Dillo is equipped with a mechanical shell that makes up for the real one he lacks. He acts as one of K. Rool's agents in Donkey Kong 64, serving as the Climax Boss of both Jungle Japes and Crystal Caves.

A red, giant-sized hybrid between a dragonfly and a dragon. He guards two of the Boss Keys that are necessary to free Lumsy from his imprisonment, and obviously he won't give them to the Kongs without fighting back. 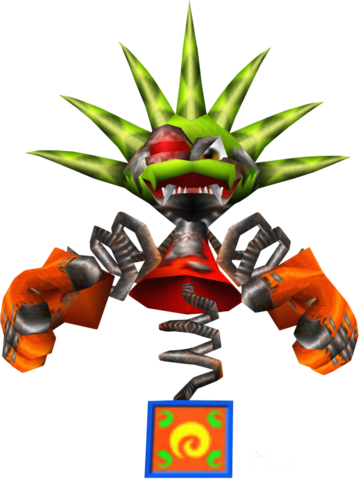 A creepy, sentient Jack-in-the-box toy that confronts Tiny Kong when she looks for the Boss Key guarded in Frantic Factory. He's a formidable opponent, having in hands a large repertoire of attacks, and is fought on a checkerboard-style grid of high pillars (fortunately for Tiny, falling down won't kill her). 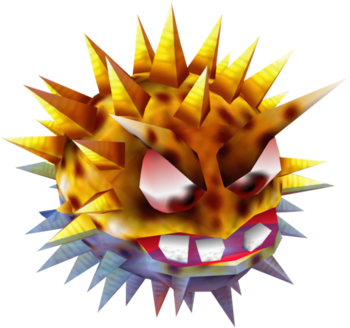 A gigantic Puftup who lurks in a body of water that is encased away from the mainland of Gloomy Galleon. Lanky is the unfortunate Kong who's given the task to challenge it. Since the battlefield is aquatic, Lanky confronts it while driving a motorboat. 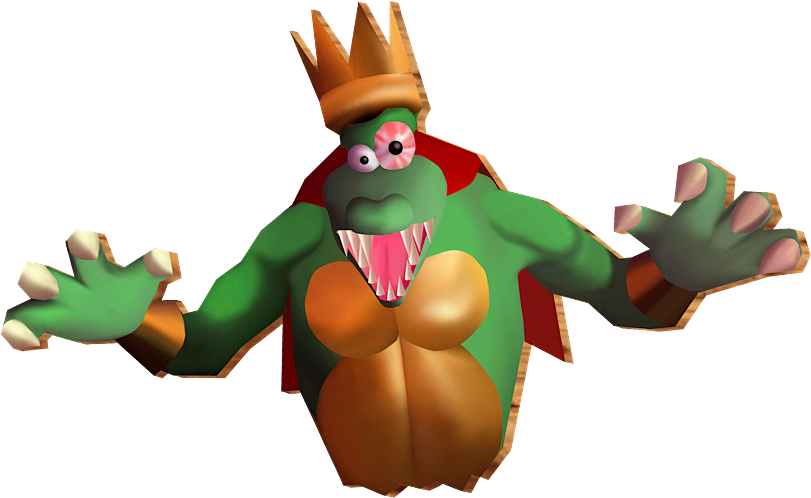 The penultimate boss in Donkey Kong 64, King Kut Out is a giant, inanimate piece of cardboard modeled after King K. Rool. It is assembled by a group of Kremlings to present a final, desperate resistance against the Kongs when they're looking for the penultimate Boss Key in Creepy Castle (the last one is guarded in the office of K. Rool himself). Although the chosen Kong to fight it is Lanky, all five playable characters can participate (one after another, depending on the potential casualties).

General Klump
"Sir, General Klump reportin'! I have some news, and it is in the A-1 rank of importance!"
Voiced By: Adrian Truss (English) 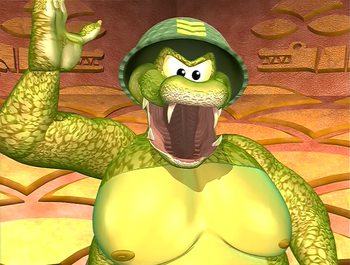 Second-in-command to King K. Rool and in charge of his military forces. 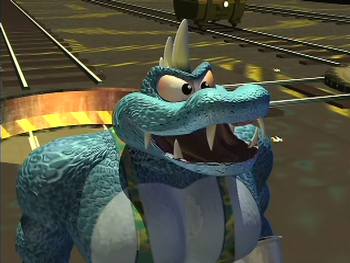 King K. Rool’s bodyguard and the strongest of his minions, but also incredibly dimwitted. 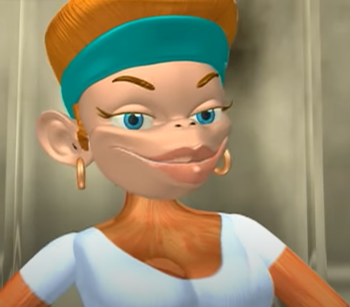 A robot duplicate of Candy Kong built by King K. Rool, used whenever he has a scheme that involves manipulating the Kongs with Donkey Kong's girlfriend.

King K. Rool is the lord of the Kremlings and main antagonist of the Donkey Kong Country franchise.

King K. Rool is the lord of the Kremlings and main antagonist of the Donkey Kong Country franchise.