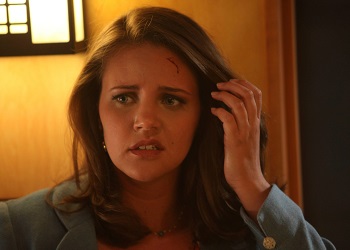 "When someone's free they get to make mistakes. Am I free?"
Played By: Miracle Laurie

November is another female doll in the LA Dollhouse. She spends much of the first season as a sleeper agent, imprinted with the personality of Paul Ballard's lovable neighbour Mellie. 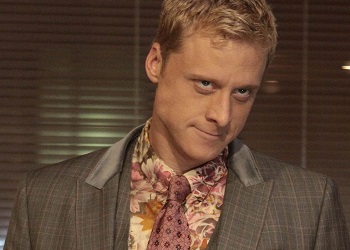 "I'm not kidding. He's not fooling. We're not bluffing. (I'm bluffing.) But the rest of us, we mean business."
Played By: Alan Tudyk

A former Active, he had 48 personalities downloaded into his brain during a "composite event." He proceeded to get stab-happy and killed his handler, Echo's handler and a dozen other people before escaping. He has an obsession with Echo. He remains a looming presence throughout the first season, and has been known to contact Paul Ballard with information concerning the Dollhouse.

One of the most popular dolls before being attacked by Alpha and then implanted with a personality based partially off the previous (male) Dr. Saunders.