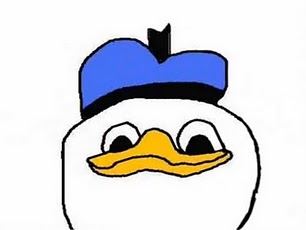 "dafty u kent steel karut if u ded"
The main character of most comics and videos, Dolan is basically a poorly-drawn, rape-faced Donald Duck. He is infamous for his coprophilia and his general cruelty towards the other toons. 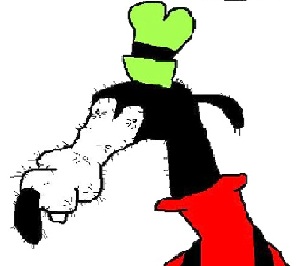 "ur in so much fukn trubl dolan"
The second most-used character, Gooby is an Off-Model version of Goofy who often gets cheated or abused by Dolan.

A version of Goofy who drives a Ferrari, he almost gets screwed over Dolan but usually raises his suspicions before it's too late. It's unclear whether or not he's the same character as Gooby, though it probably depends on the writer.
Morky/Macky 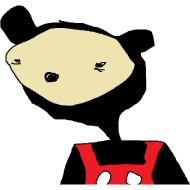 "I. WELKUM. DETH."
A poorly-drawn version of Mickey Mouse, he has no "set" or "defined" personality unlike Dolan and Gooby, much like how the real Mickey was for a while compared to Donald and Goofy.
Bogs Binny 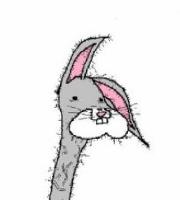 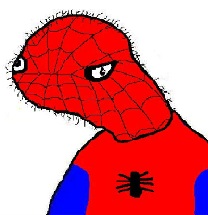 “Wuts dat tingly felin'? Mus be nuthin..
One of the most unconventional Dolan characters, he's a poorly-drawn Spider-Man.
Dafty Duk 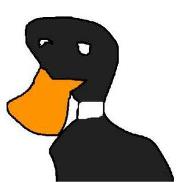 A recurring character based on Daffy Duck.

Pit
Appears in videos by DolanInHoewagts. Basically Pete with a very deep British accent and a policeman job.
Pruto 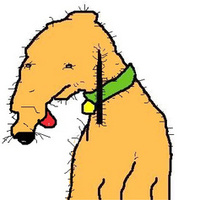 “Arf Arf"
The counterpart of Pluto. Seems to harbour a high amount of resentment for the other characters.
Winnie teh Pee 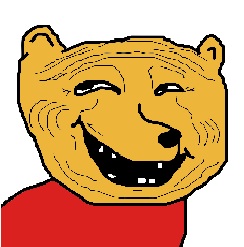 The counterpart to Winnie the Pooh. Is a detective in the Uncle Dolan Show.
Kermt duFrag
Also appears in DolanInHoewagts' videos, he's an Off-Model Kermit the Frog. In the "Prastetution" series, he helps sign a prostitute over to suit Dolan's whims, and later returns to help the prostitute (now a cyborg) get her revenge on Dolan.
Bnarny Dinosarr 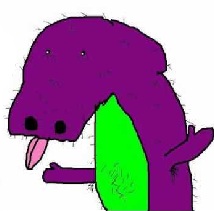 A familiar-looking purple dinosaur who, appropriately, is hated by the Dolan cast and causes trouble for them. 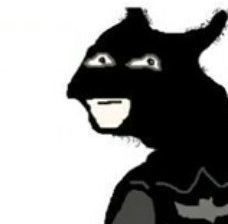 A poorly-drawn version of Batman seen in season 2 of The Uncle Dolan Show.
Tum and Jirry 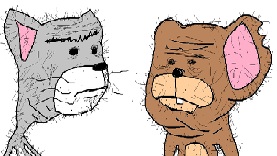 Poorly-drawn versions of Tom and Jerry.

Due to the original Donald Duck and Goofy appearing in the Kingdom Hearts series, many comic makers let them star along parody versions of the game's characters.
Soar 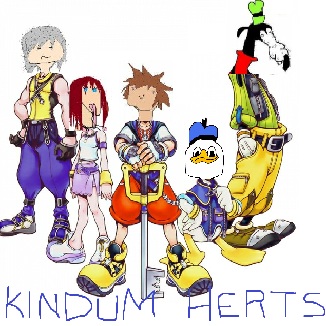 Other characters from the Marvel Comics universe occasionally appear in comics, usually with Spoderman.
Teh Avongers/Anvgrs
A team of superheroes consisting of Ron Man, Capten Amerikuh, Ther and Teh Julc.
Geern Golbin
Spoderman's arch-enemy, he's basically just the Green Goblin.
Venum
Spoderman's other arch-enemy. Apparently he's Venom, but he more closely resembles the "black suit" Spider-Man than the Savage Venom.

Spin-Off Characters
Due to the popularity of the meme, many characters from other series have been "Dolanized" and put into comics of their own. 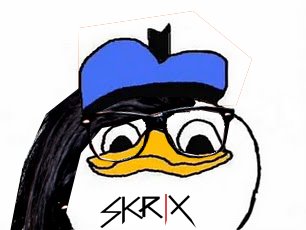 The main characters of Sezme Steet, they are poorly-drawn versions of Ernie and Bert who play similar roles to Dolan and Gooby

Btsman's arch-enemy, based on the The Dark Knight version of The Joker.

N Harmonia from Pokémon Black and White. In the spinoff series based on said games, he appears as Zerkom (Gooby)'s trainer.

The female player character (Hilda/Touko) from Pokémon Black and White. In the spinoff series based on said games, she appears as Resham (Dolan)'s trainer.

Based on Naruto he's constantly searching for his boyfriend Sasuki, who doesn't care about him at all.

A parody of Donald Trump.